The first spyshots of the all new Aston Martin have been unveiled and it’s elegant, but aggressive design is highlighted by these photos in this disguised, prototype form. The car is due for release at the International Geneva Motor Show in 2016 (see some of the cars released in Geneva this year here) and will go on general sale to the public in 2017.

This car is being built to replace the iconic and timeless DB9 which first came into production in 2004, with the most recent model being released in 2012. The DB9 is the heart of Aston’s model line and has subsequently proved immensely popular over the years, due to its well-crafted interior and stunning exterior design. It is predicted that its replacement will be named the Aston Martin DB11, however this is yet to be confirmed. 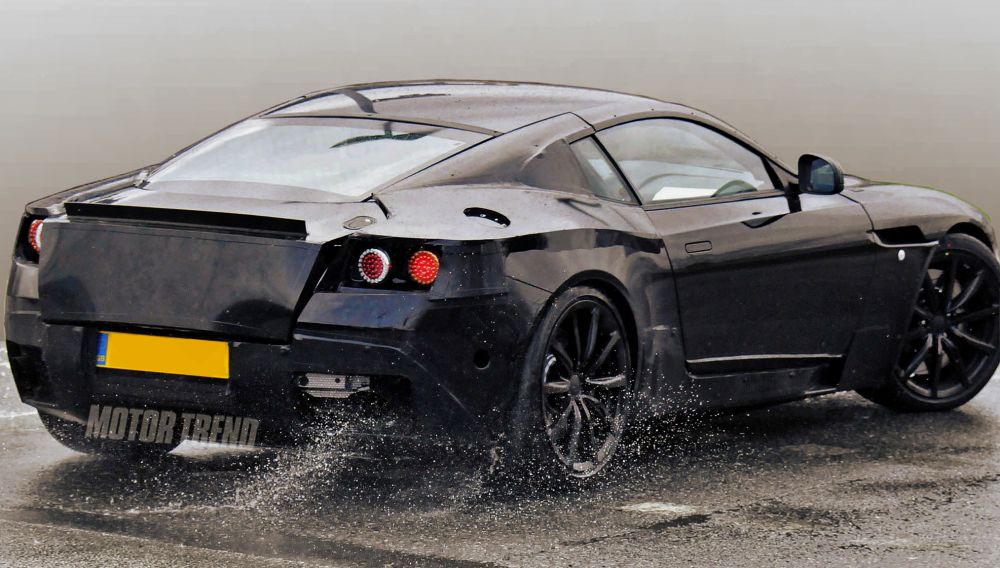 The Aston Martin DB10 name has already been taken by the car created specifically for the impending James Bond film ‘Spectre’, although that will never be put into production. And some of the directors at Aston are keen to reuse the DB9 name as it carries such positive connotations, so don’t rule out this possibility either.

Design Director at Aston Martin, Marek Reichman said, “It’ll definitely be a DB, but what number will follow that is yet to be decided” when speaking to Autocar last year. He added, “There’ll be a little more revolution in it. It will be unmistakably an Aston and a DB at that, but it will look fresh and modern.”

Very little is known about the DB11 at this point (as you would expect), but we have heard that it is being built to accommodate a new V8 engine and some electrical systems sourced from Mercedes-AMG. The Mercedes-AMG V8 is expected to be capped at around the 500bhp mark and thought to be similar to that found in the AMG GT, so it is unlikely to be a bespoke engine- more modified to sound, respond and feel like an Aston. The new Aston will also have to fit the current 6 Litre V12 supplied by Ford, to keep up with DB tradition, so this V12 version will act as the top performance model in the line. 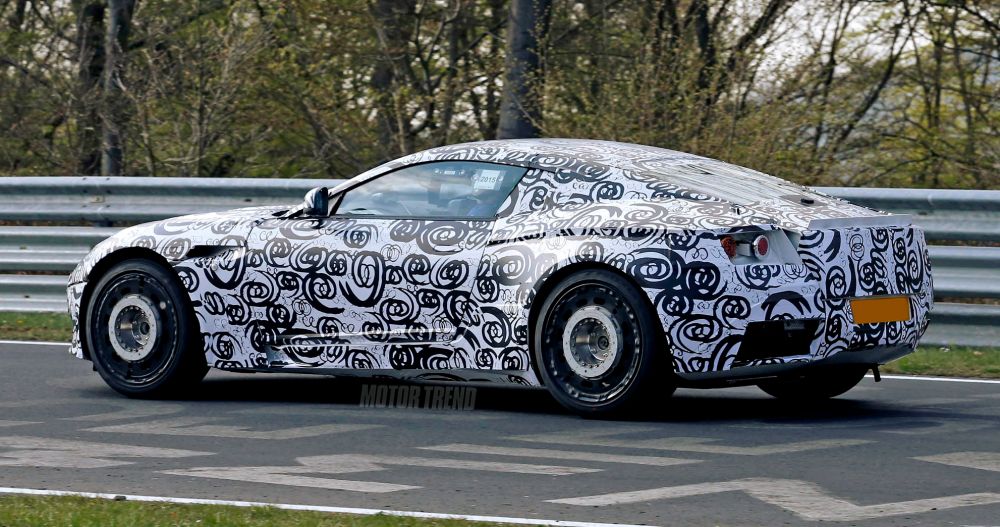 The car was spotted around the Nürburgring with an abrupt rear end and a low roofline, alongside the same long bonnet and gaping grille design currently found on a DB9. It is thought to be ‘dramatically lighter’ than its predecessor after being built with an all-new bonded aluminium platform. If the latest Vanquish, One-77, Vantage GT3 and Vulcan are anything to go by, then it is likely to include more carbon fibre as Aston continue to developed its knowledge with the material. It is also due an overhaul on the suspension and transmissions as well.

On top of that, pictures of the interior have revealed that the DB11 will in fact be turbocharged, in part to help lower economy and emissions on the current DB9 by approximately 20% and bring down the brand’s emissions targets to meet EU regulations.

All images shared through the Creative Commons License, via MotorTrend