Get ready to have your breath taken away and your hair stand on end as we reveal James Bond’s new set of wheels, the Aston Martin DB10.

A new Aston Martin DB10 fitted with a 4.7-litre, V8 engine has been unveiled at Pinewood Studios where many of the previous Bond movies have been filmed. Developed specifically for the new James Bond film, Spectre that is set to launch in November 2015, this is a ground breaking new venture between car company and filmmakers.

The design of the DB10 was actively influenced by Spectre’s very own film director, Sam Mendes and Aston Martin design director Marek Reichman has said, “Sam Mendes wanted this to be the poster car for every boy who watches James Bond for the first time”.

Aston Martin first featured in a Bond film in the 1964 classic, Goldfinger when the iconic DB5 was driven by the ever popular 007, Sean Connery. There have been plenty of other glimpses of the prowess of the British manufacturer since then, with Aston’s featuring in Thunderball, GoldenEye, Die Another Day and Quantum of Solace, before the DB5 made a special re-appearance in the 2012 film, Skyfall.

The original DB5 became a pin up for a generation in 1964 and exactly 50 years on, the DB10 is a nod to that simple, but sleek design and philosophy. There will be few who gaze on this piece of machinery with its extended hood and short wheelbase who don’t think it’s an absolute jaw-dropper. 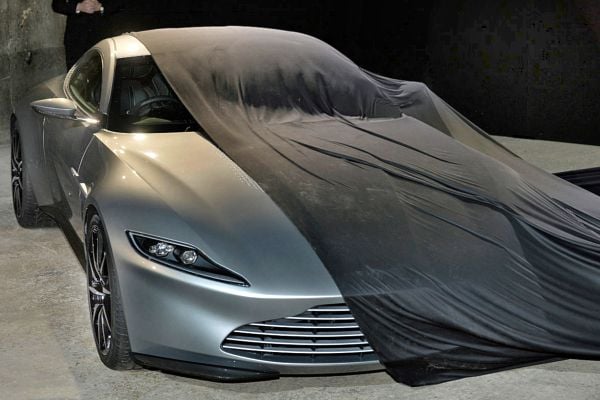 The DB10 has a lower nose than any other previously produced by the manufacturer and you can see by the front grill that its design was based around a sharks face. The car is supposed to look like an athlete and a predator; a representation of the secret service agent himself. Since the Bond franchise was revamped in 2006, we have seen a darker, more measured 007 and both car maker and director are hoping that the DB10 will become synonymous with Daniel Craig’s portrayal of the character.

Staying true to its name, we are led to believe that Aston Martin will only be making 10 of these cars and they will all be used during filming, instead of going up for general sale. When you see the stunts in the film, there will be no CGI, so these cars will be put through the ringer, with real stunt drivers and unfortunately some may end up being destroyed.

However, Aston themselves have said, “the DB10 gives a glimpse to the future design direction for the next generation of Aston Martins”. So although you won’t be able to get your hands on one of these yourself, we may see similarities in the next breed of Aston’s coming out the factory, which means this is an exciting glimpse into the future. If this is to be the case, then Aston Martin fans should prepare to fall in love all over again!