These three cars released in 2014 push the very limits of modern technology, design and engineering, taking the automobile into a more efficient and powerful class than ever before. They have set a new benchmark to which all other manufacturers will now have to strive and have shown us the direction in which the modern car is going- cleaner, faster and more efficient.

The McLaren P1 and LaFerrari on display at the top, via 秋阳Qiuyang 金Jin

These new hybrid supercars are more advanced, safer and quicker than could ever have been imagined at the turn of the century and although they carry hefty price tags, they are great news for the everyday driver. Why, we hear you cry? Well inevitably, all this innovation will filter down to the standard road cars we use day to day in several years’ time when the technology is not so new and the production costs have substantially lowered.

But say you did have circa £1m in free cash just lying around ready to be spent on a hypercar- which one would you chose? Well here’s a pretty comprehensive comparison of the McLaren P1, LaFerrari and Porsche 918 as we play a round of Top Trumps to help you decide.

In regards to the hard facts when it comes to speed, there’s not too much between the three. The McLaren has an electronically restricted top speed of 350km/h which is the same as the LaFerrari, but the Porsche is not too far behind, maxing out at 345km/h. However, the 918, with its four-wheel-drive, does pack a bit more acceleration, getting to a 100km/h in 2.6 seconds, marginally faster than the Ferrari and McLaren.

So how about the engines? The Ferrari tops the list on both bhp and cylinders with its 6.3 litre capacity V12 producing 789bhp, supplemented by a KERS unit which adds an extra 161bhp- that’s 950bhp total. In second, the P1 features a 3.8-litre twin-turbocharged V8 petrol engine that delivers 727bhp combined with an electric motor that produces 176bhp, creating a total power output of 903bhp. And following up at the rear, the Porsche 918 is powered by a 4.6 litre V8 that develops 608 horsepower, with two electric motors delivering an additional 279 horsepower for a combined output of 887bhp. 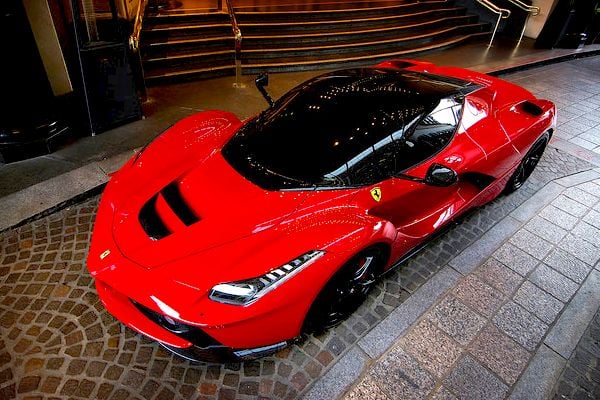 A gorgeous LaFerrari in Beverley Hills, via Axion23

As shown by our table, the LaFerrari is also the lightest, which combined with its top speed and power means you would think it would be the quickest over a quarter mile, but remarkably it is a three-way, dead-heat at 9.8 seconds each according to the manufacturers. But what if you don’t want to just drive as fast as you can, but actually use the car for a practical use to get from a to b?

The Porsche 918 has a range of 420 miles with a fully charged battery and a full tank of gas and a 12 mile electric range, which is far superior to the McLaren’s 330 miles combined and 10 miles just on electric. We’re not sure on the Ferrari’s stats yet to make a comparison, but what we do know is that Ferrari don’t like the idea of an electric car because they enjoy the sound of the engine too much, so it has no electric only range. The Porsche does unfortunately take around seven hours to recharge though, far longer than the P1 that can be charged by the engine or the electric motor in two hours. 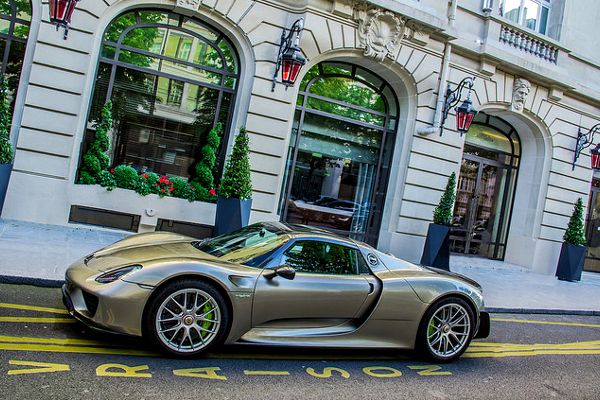 The Porsche 918 easily has the lowest price tag, via Ben

LaFerrari boasts the most extreme performance ever to be achieved by a Ferrari production car and has finally overtaken the Enzo as Ferrari’s showpiece car. On top of this, it has the highest power output of any Ferrari whilst decreasing fuel consumption by 40 percent- a real nod to the future. However, it does have the most expensive price tag at approx. £1.15m compared to the P1 which costs £866k and the 918 which costs a shade over £700k, depending on the current exchange rate.

The P1 has been inspired by the iconic McLaren F1 and two decades on, McLaren are still using that obsessive approach with the belief that anything is possible. To highlight how far McLaren has come since then though, the P1 does 0-186mph in 16.5 seconds, which is 5.5 seconds quicker than the legendary McLaren F1 and is very similar to a standard Bugatti Veyron. It is also the most exclusive of the three cars with only 375 units made compared to 499 LaFerrari’s on offer and 918 of, well, unsurprisingly, the 918. 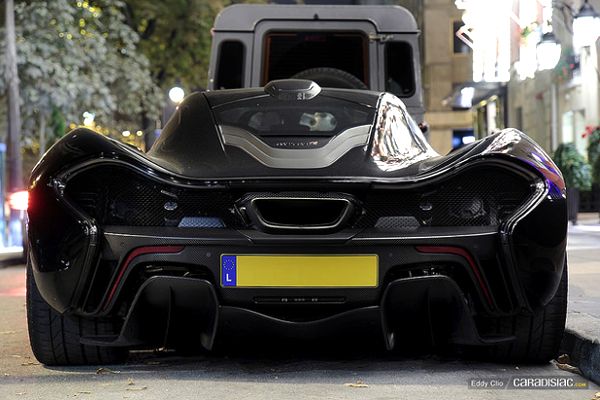 The McLaren P1 is the most exclusive car of the three, via Eddy Clio

And the Porsche 918 is clearly the best value for money and the greenest seeing as it has the highest range and lowest CO2 emissions. It is easy to control and handles very well for such a powerful car, even if it is a little on the heavy side. The electric motors are there to add performance in an economical way, more than to act as a stand-alone power source and although the 918 tops the charts in a lot of areas, it may fail to provide quite as much excitement as the other two.

So, the 918 and LaFerrari come up trumps in terms of the stats, but as we all know, figures can’t tell you everything about a car, its personality and what it feels like to drive. The Porsche is the safe choice; cheaper in comparison, easier to drive and economical, whereas the P1 is brutal, angry and exhilarating and LaFerrari is stunning to look at, menacing under the bonnet, but painful to the wallet. This means your choice may end up defining who you are as a person and as a driver, more than which car is actually the best, because when it comes down to it, they are all equally brilliant in their own right.