So the 85th Geneva International Motor Show has just drawn to a close and has proven as popular as ever in 2015 with a record 682,000 visitors passing through its doors. The highly prestigious event has premiered some of the most extravagant concepts and most successful supercars since its inaugural show in 1905, such as the McLaren P1 in 2013, the Lamborghini Gallardo in 2003 and the Ferrari F50 in 1995. Here are five cars at the higher end of the price bracket that we saw at this year’s show that could one day join such esteemed company.

Koenigsegg are making rather big claims about their newest production model, The Regera, and if they all turn out to be true, then this really is a car worth getting excited about. Regera means “to reign” in Swedish and this car has been built to dominate the road as the fastest accelerating, most powerful production car ever.

The standard Koenigsegg 5L twin-turbo V8 engine sits proudly in the middle of the car creating a monstrous 1100bhp alone, with three electric motors producing an additional 700bhp- that’s a combined 1800bhp! All that power translates to 0-62mph in 2.7 seconds, 0-186mph in exactly 12 seconds and less than 20 seconds to reach its top speed of 255mph. They are some truly blistering statistics.

However, what is even more remarkable about this car is that it has been made as a ‘luxury megacar’ – a more comfortable alternative to the lightweight racers that Koenigsegg has become famed for such as the One:1 or the Agera. And so it comes fitted with electrically adjustable memory foam seats, a 9” infotainment system, 3G and Wi-Fi connectivity, front, inner and rear camera system with recording capability, Apple CarPlay, supreme sound system, ambient lighting, added insulation, front and rear parking sensors and remote diagnostic and firmware update capability.

The Koenigsegg Regera has soft close doors and the LED’s in the headlights are positioned to look like a constellation of stars. Not to mention the fact that it is the first car in the world that operates all body closures completely automatically, so the car literally transforms by itself when you click the remote or use your smartphone to open the entire car.

This magnificent piece of engineering will cost a cool £1.2million and there will only be 80 made- partly because that was a suitable size production run for Koenigsegg’s new production facility and also because the number 80 symbolises the principle of domination, control and achievement in Pythagorean Numerology. This is a machine that offers a never seen before combination of power, responsiveness and luxury and is quite a spectacular piece of machinery. 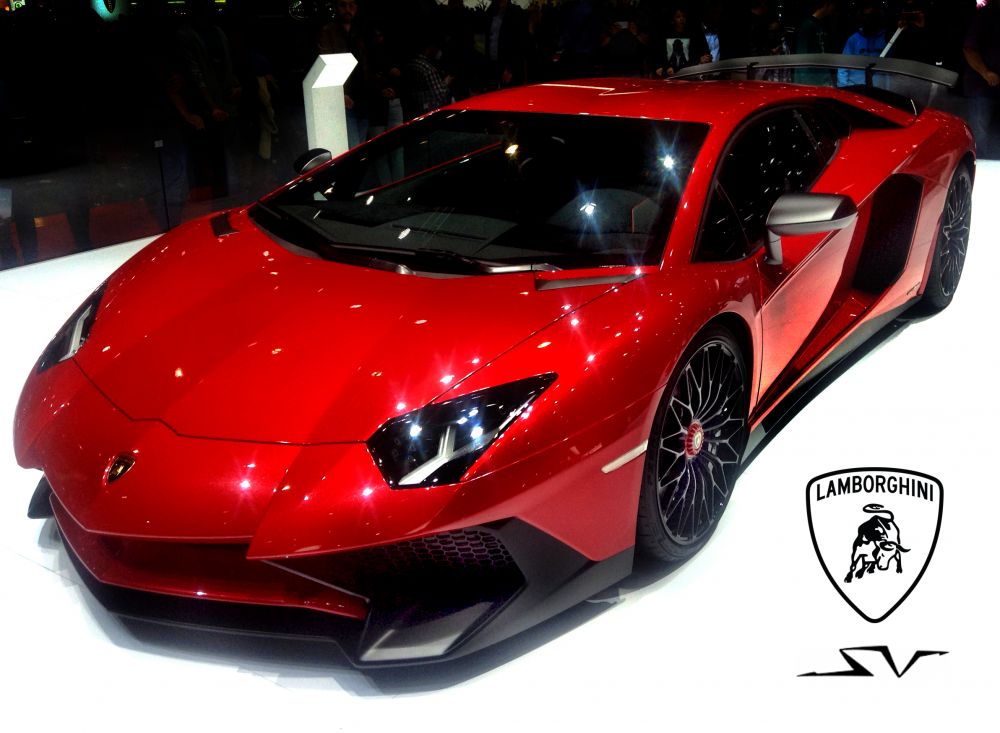 The Lamborghini Aventador SV is likely to go on sale in the U.S for a little under $500k

The Lamborghini Aventador is undoubtedly one of the best looking and most popular modern-day supercars, so why bother tinkering with it and making an SV (or Superveloce) version? Well for one, we have been excited about this for quite some time and, secondly, Lamborghini have a history of making special editions of their V12 supercars under the SV badge and the Aventador was never going to be the exception. So what exactly have they done to improve it?

Well, they’ve shaved off approximately 50 kilograms in weight and they have given it some even more aggressive looking aerodynamics, such as the rear spoiler and diffuser, as well as the pointed front air intakes. The combined effectiveness of these changes equates to 150% better aerodynamics and 170% improved downforce. The interior is now a much better place to be as well, with bucket seats, carbon fibre door panels, noise insulation and an infotainment system.

Superveloce translates as superfast, but even though it has had an extra 49bhp added to it (that’s 740 horsepower total), its top speed remains at 217mph, the same as the standard Aventador. Combine that with the fact that its 0-62mph has only been shaved down by a tenth of a second to 2.8 seconds and you wonder why the LP750-4 SV will cost an additional £50k+.

But we are told that all these little tweaks will add up to make a big difference on the track where the enhanced aero, lighter weight and chassis improvements should all come together perfectly. The new electronic power steering and 4WD system is supported by Lamborghini Dynamic Steering and magneto-rheological pushrod suspension which will respond to road conditions and driving style. So we’re sure that once you get behind the wheel of the new Aventador SV, you’re not going to be disappointed!

Inspired by the McLaren F1 GTR ‘Longtail’, the 675LT features striking carbon fibre bodywork that increases downforce by an astonishing 40 percent over any other model in the Super Series and is 100kg lighter than the 650S. McLaren say that it is, “The lightest, most driver-focused, most exclusive series-production McLaren supercar ever built”, and who are we to argue with that?

McLaren have used a whole host of technology they develop in motorsport on this car, so it features a carbon fibre bumper and splitter as standard to help with downforce, enlarged side air intakes to help the increase of cool air, a titanium exhaust to reduce weight, carbon fibre breaks and an optimised air brake and diffuser to help you slow down and stick to the road. All this amounts to 205mph and 0-62mph in 2.9 seconds and then 124mph to 0mph in 115 meters.

The twin-turbocharged V8 engine produces 675PS (666bhp). Combine this with a superfast gearbox and a chassis derived from the P1 and you can see why the 675LT has such sublime handling. Unfortunately there will only be 500 units made, with each costing $349,500, plus shipping and handling each, so unless you were at Geneva making your order, you might have missed the boat on this beauty!

SCG003S is the product of ex-film director turned financier, James Glickenhaus’ own brand, Scuderia Cameron Glickenhaus, which is both a constructor and race team. However, the name Scuderia Cameron Glickenhaus might not seem that familiar and the 003 part explains why- this is only the third car they have made. The ‘S’ at the end represents ‘Stradale’, meaning this is the road-going version of the project, whereas the SCG003C is its racing counterpart.

What makes this car so special is that there are so few differences between both models. They both have a carbon fibre structure and although the racing engine is a twin-turbocharged, 3.5L V6 developed by Autotecnica Motori (based on the design of a Honda unit), the road model has a twin-turbo V6 that Glickenhaus and his team have specifically developed. Nevertheless, Glickenhaus has previously stated that owners can pick and choose which engine they want, even giving them a V12 option.

The road-legal model pictured above has around 600bhp and will only be available for a smattering of high rollers, costing in the range of $2-2.5 million, depending on who you believe. The idea behind this crazy looking car is that it can be driven on the road to the track, converted to a full race spec and then back by a crew, before being driven home- a concept that has all but been lost in modern motor racing.

It is a beast of a machine with extreme shapes being formed by the huge side air intakes that look like they could guzzle air quicker than the engine will petrol and that front spoiler lip that is surely based on the nose of an Enzo. Not to mention the exaggerated wheel arches, curved rear spoiler and air vents that resemble shark gills. This car is certainly not one for the faint hearted!

The Aston Martin Lagonda was the only one of these five cars not making its World Premiere at Geneva, but instead, it was making its European Debut. The Lagonda Taraf was originally meant to be exclusively for the Middle Eastern audience and the name even translates as ‘Ultimate Luxury’, but it was announced recently that this £400k super saloon would be opened up to the UK, European and South African markets as well.

The Lagonda will continue to remain exclusive, as only 200 cars will be made, upholding the prestigious tradition of the badge, which will see the normal Aston emblem replaced with ‘Lagonda’ written across its wings.

We are still to receive confirmation of the figures, but we are lead to believe the Lagonda Taraf will have over 565bhp and include a version of Aston’s thunderous 6.0-litre V12 engine. This should mean a top speed of around the 200mph mark, not that anyone will actually ever need it though, as this car is much more tailored towards luxury than raw speed. There is a stretched wheelbase to give additional leg room in the back and leather quilted seats for comfort, a climate control and infotainment system and titanium trim on the dashboard and centre console to finish.

This new Lagonda is reviving Aston’s ethos of ‘the finest of fast cars’ and it certainly has the looks and performance to uphold that. Modern styling with plenty of heritage- the embodiment of what Aston Martin represents. We can see this Lagonda being ultimately very successful with a certain type of clientele.

There were, of course, many more incredible cars on show at this year’s Geneva International Motor Show, the Ferrari 488 GTB for one, but these five took our interest in particular. Please do tell us your stories of Geneva and which other cars you think are worthy of our attention?