Let’s just pause for a moment and admire… This is the new Ferrari 488 GTB and it is staggeringly beautiful. Crafted with LaFerrari in mind at the front, a rear inspired by the Speciale and with large, signature air intake scallops akin to the original 308 GTB, it is obvious why this is so pleasing on the eye. However, the 488 GTB is the first mid-engined, turbocharged V8 sports car to exit the Maranello factory doors in over twenty years, since the iconic Ferrari F40, so it has a lot to live up to! 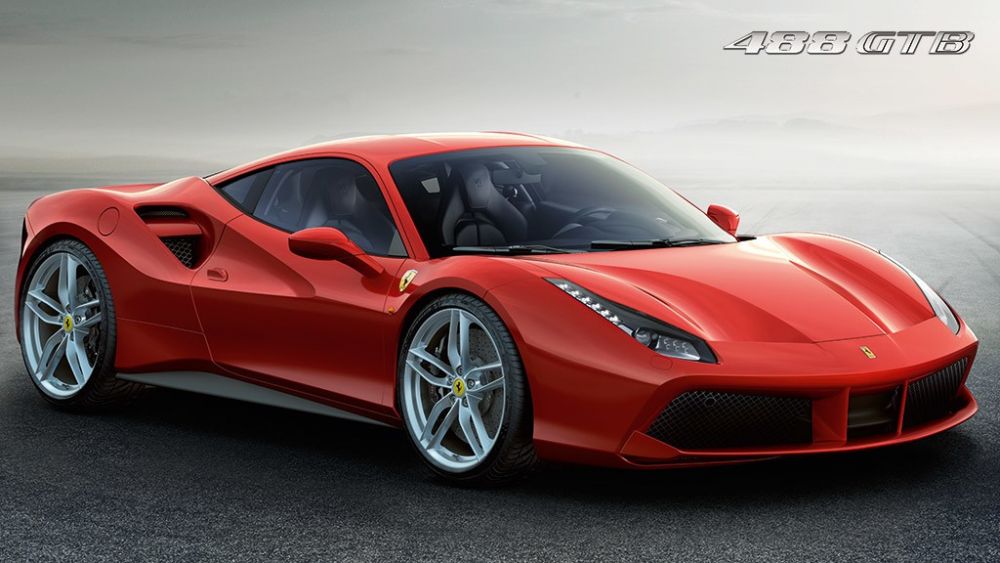 A promotional image of the Ferrari 488 GTB

This new turbocharged Ferrari has just made its world debut at the International Geneva Motor Show in March 2015 and will replace the long running 458 Italia as the popular V8 mid-engine car of choice. You would imagine, on first impression, that it will provide the same kind of success for the manufacturer as its predecessor did. Although prices have not been released yet, current estimates have it at around the £200k mark, which could means it is a hugely popular investment for those looking to buy a contemporary classic.

The 488 GTB has had a 99bhp power hike and 220Nm increase in torque from the 458 Italia, so now sits proudly at the top of the class for power output, torque and response times. The 3.9L turbocharged engine unleashes 661bhp and 670cv at 8,000rpm, with 760Nm of torque in seventh gear. Add in 0-62mph in three seconds flat, a top speed of 205mph and a response time to the accelerator of just 0.8 seconds at 2,000rpm and you can understand why it is quicker round Fiorano than both the Italia and the track-focused Speciale. 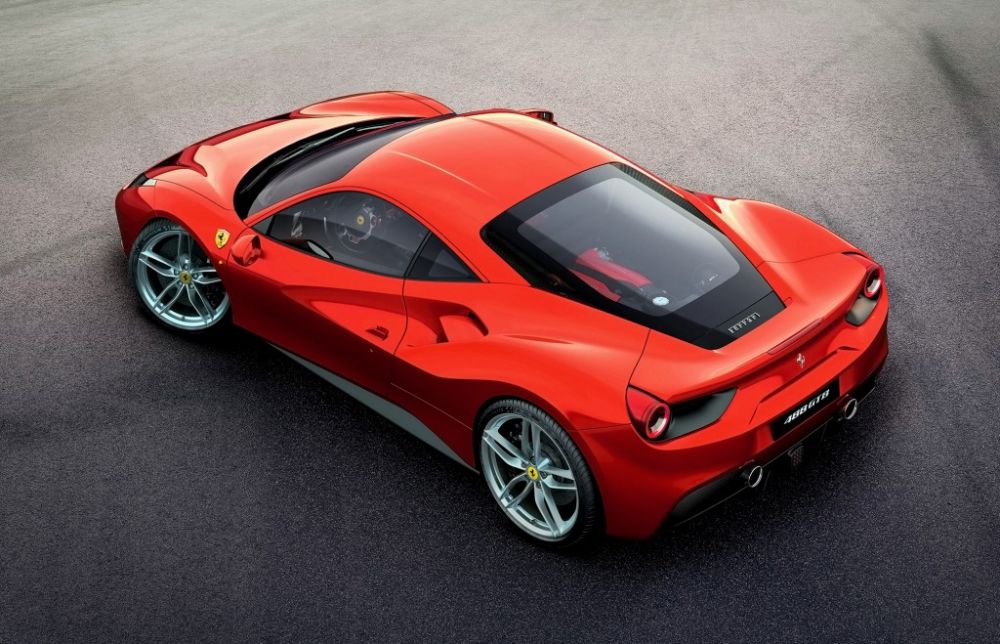 An image showing the rear end of the new Ferrari

The latest offering from Ferrari has been shaped and sculpted to add an extra 50% downforce, creating less drag than the 458 Italia from a larger rear diffuser, a double front spoiler and active-aero. Enzo Ferrari once said, “Aerodynamics are for people who can’t build engines”, however, that simply isn’t the case in the modern world of motoring and we’re sure he would be proud of the 488 GTB.

As ever, the Ferrari will be brimming full of technology as highlighted by the advanced SSC2 (Side Slip Angle Control system). The SSC2 is more precise, providing greater longitudinal acceleration out of corners, which helps you drift. Ferrari say, “Aside from integrating with the car’s F1-Trac and E-Diff, the SSC2 now also controls the active dampers which renders the car’s dynamic behaviour during complex manoeuvres even flatter and more stable.” In the cockpit, the driver will be made to feel comfortable with all the latest gadgetry at the touch of button- the graphics and interface of the infotainment screen have been completely redesigned, while the key takes inspiration from the car’s cylinder banks and allows for keyless starts.

The 488 GTB has also gone against tradition and dropped from the Dino numbering system. Mid-range Ferrari’s usually abide by a golden rule of litres + cylinders = badge name, like the 458 Italia which was made with a 4.5L engine and 8 cylinders. Instead, the 488 GTB takes its numbers in the same way the old V12’s did, deriving from the cubic capacity of each of its cylinders. With this, 477.75 is rounded up to 488 and the GTB is added as a celebration of the beautiful 308 GTB, forty years after its initial release in 1975. 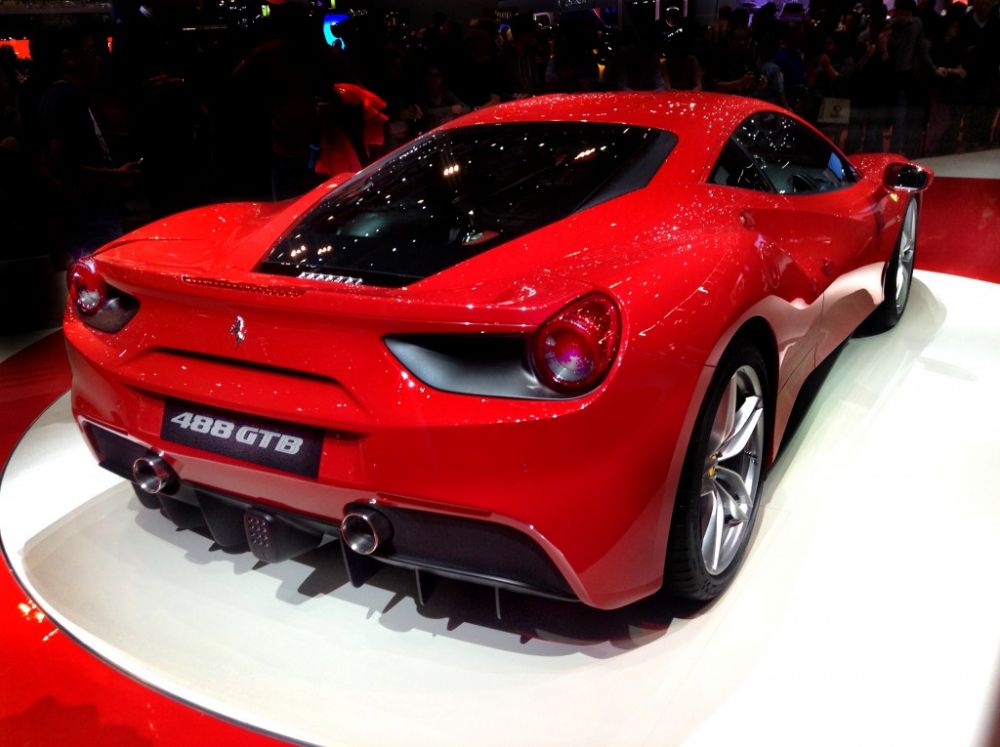 Another angle of the Ferrari 488 GTB at Geneva

So where will the 488 GTB sit in the Ferrari hall of fame? It’s a little early to tell, but it has more bhp and torque, plus quicker acceleration than an Enzo, it is wider and longer, but lighter than a 458 Italia and is just as good looking as the previous mid-engine, turbocharged V8, the F40 (with maybe a little less drama). It has just about everything going for it and we’re sure Ferrari won’t disappoint!