After six years of selling the California, Ferrari decided to give its polished GT a facelift and add, the ever so important letter T at the end of its name. T for Turbo or “T”rouble as many say. The trouble is that by adding twin turbochargers to the V8 engine, Maranello engineers managed to totally sap the magic aural drama of this prancing horse.

Automotive press quickly picked on this and pointed fingers back at Ferrari with, for instance, Evo Magazine stating that “California T is lacking in that intangible Ferrari magic”. We must agree with this statement. The engine sound is dull, flat and most of all, quiet, which is almost certainly what Evo Magazine is referring to. 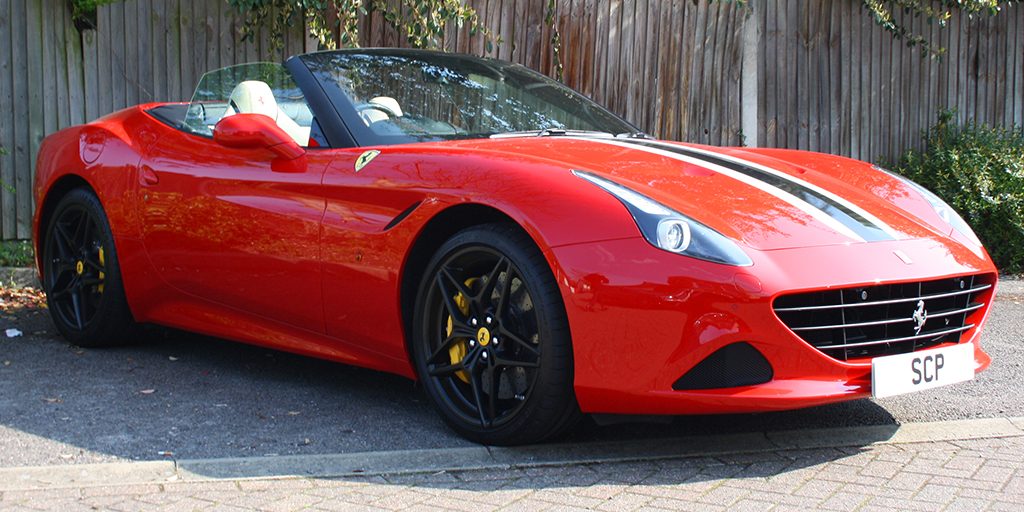 We have found, however, the perfect solution for this “T”rouble – Capristo sports exhaust, which transforms the Cali T into a pure blood prancing horse from a famous Maranello stables. Since our first fitment, this exhaust has been warmly welcomed by many of our customers who own the California T.

It truly has pleasing effect on the car. Most importantly, it does not only greatly increase the volume, but it also gives the boring tone of the stock exhaust a nice lift to a more thrilling, truly ‘Ferrari-esque’ scream when you put your foot down. 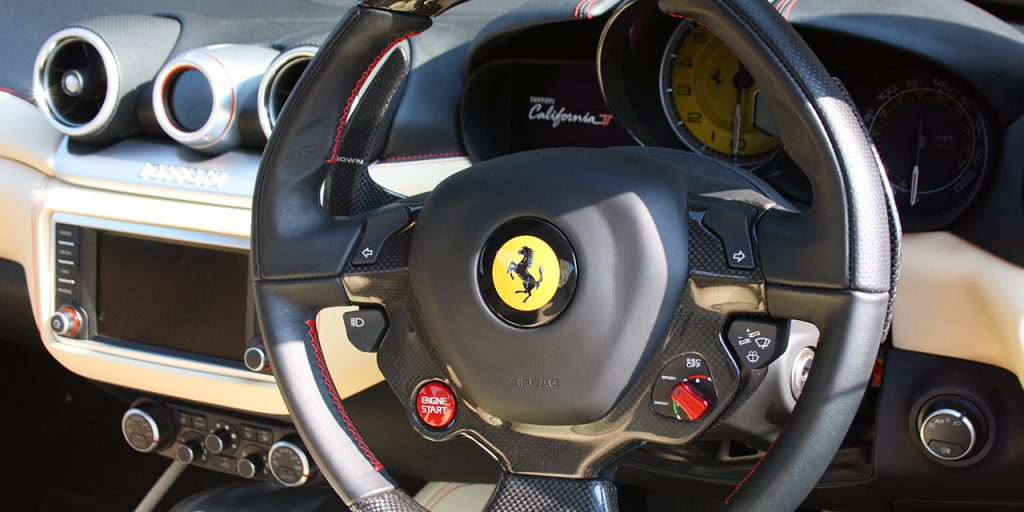 The Capristo exhaust is a ‘cat-back’ type, which, simply put, replaces the rear silencers on the car with high-performance stainless-steel variable–diameter straight pipes.  The variable-diameter has the effect of changing the pressure at which exhaust gasses are released depending on the exit pipe selected, which changes both the volume and the sound quality.The original catalysts and the ‘upstream’ part of the exhaust system is left completely as factory intended; therefore, there are no emissions errors to worry about as there are no changes to emission readings.

The system is substantially lighter than the stock exhaust – approximately 60% – its double-skinned construction and excellent flow capabilities mean that less heat is retained within the exhaust reducing surrounding mechanical/system temperatures. 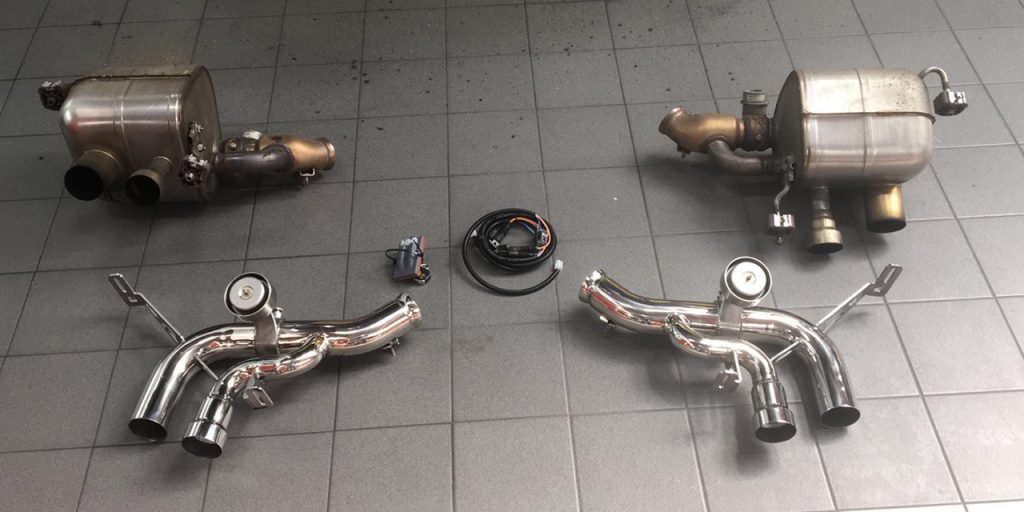 So, what is the final effect? Well, for starters the car’s soundtrack is much fuller, deeper and louder even at low rpm. It burst into life on start-up and then settles into a throaty V8 idle sound with added heavy bass notes.

However, push the engine beyond 3000 rpm and the throatiness is smoothly and gently replaced with a higher pitched note, which increases as your foot pushes harder on the throttle. This is probably one of the most remarkable qualities of the Capristo system. Unlike the “trumpety” stock exhaust, the valves can be open all the time, allowing the note to build in a clean, gradual and natural way. 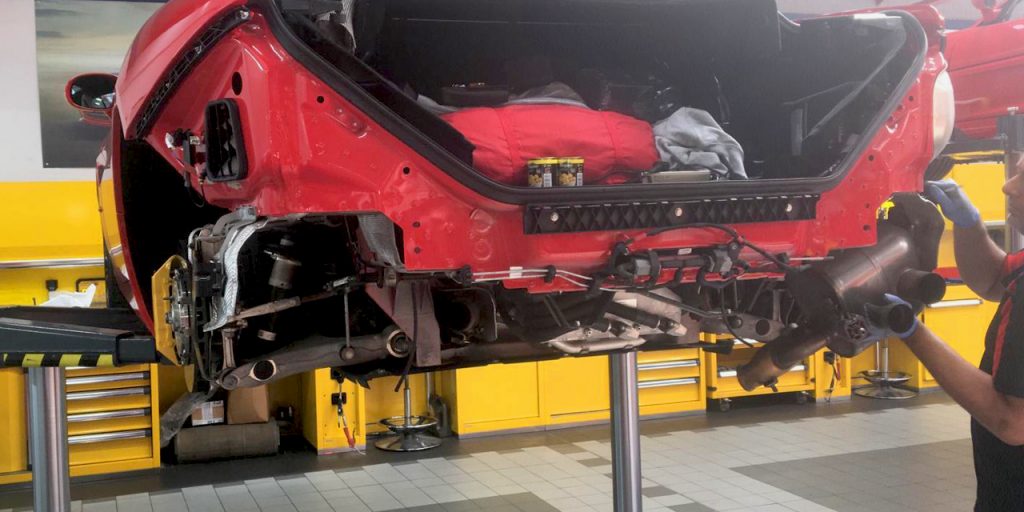 That is not everything! Perhaps, best of all, the exhaust comes with handy remote control, which allows the driver to manually close and open the valves. It quickly adjusts the sound to required conditions, with closed setting perfect for early starts and pulling outside the house late evening. However, one touch of a button brings the true excitement of owning a “pure blood” Ferrari.

Click on the below video to hear the engine sound with stock exhaust and with closed and open Capristo valves.  Stay tuned for more “on the road” videos to hear the full scream and the potential of this exhaust.