When in 2009 the first Ferrari 458 emerged from the factory gates in Maranello it had to fill the big boots of the outgoing F430 – a car well known for having a visceral exciting exhaust note and a particularly sexy low slung look. Today, many 458 owners miss both that epic sound and that road presence – the 458 needs more soul!

There are several conversations on performance car forums touching the subject of rather subdued stock exhaust. It is the most evident on low rpms (when the Ferrari 458 becomes almost silent), but even on high revs the sound is still quite flat and can’t compare with the screaming-F1-type sounds of the older models.

Seeing the result, we achieved in our recent projects, one of the forum members called us for an advice.

“Since I bought my car last year, several things have bugged me: the first being the ride height and ‘stance’ of the car. Ferrari, whilst dropping the bodywork low, leave ridiculous 4×4 type gaps in the arches and the wheels tucked in. The second thing: having had a properly tuned exhaust on all of my cars, there is always a tuning system for each car that really brings out the best in how the car can sound”, he told us.

He was absolutely right!  He gave us the car and we went straight to work. 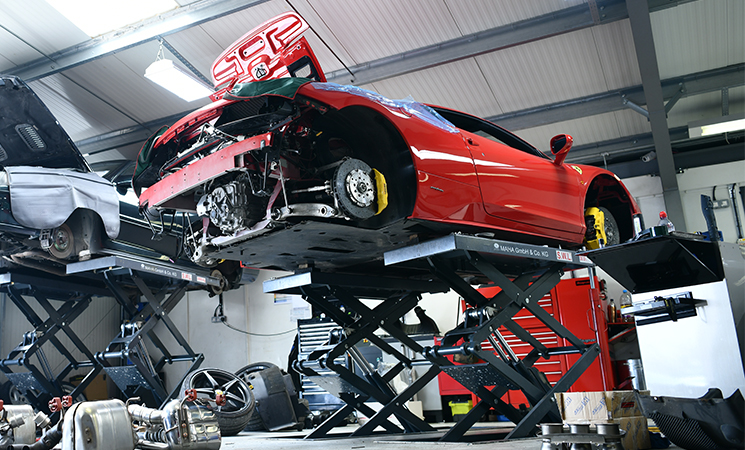 To address the owner’s engine sound requirements, we recommended, what we call the “true sports kit”. It transforms the Ferrari 458 aural personality into a “proper” Ferrari sound, definitely more reflective of Ferrari’s own motorsport heritage.

This kit, which has already been applauded by many of our customers (you might remember our recent post about the very loud telephone conversation we received from one of them) included:

As you probably noticed, we have mixed two tuning brands and, in our experience, this was the best set up to answer the car owner’s expectations and present the best value for money. After discussing all options, we told the client that this kit gives the biggest increase in sound volume, the most substantial difference between “open” and “closed” valve settings and finally, produces the high pitched F1-like sound taken right from the Ferraris 90’s F1 cars! 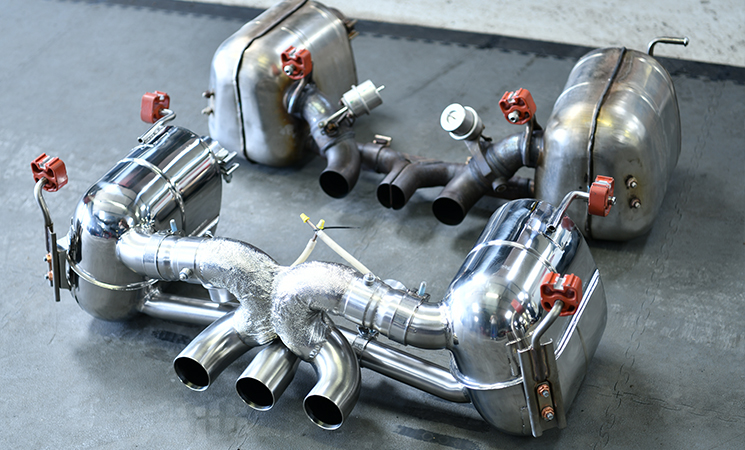 First, we replaced the stock catalysts with straight Capristo cat-replacement pipes. These are very effective (especially when paired with the Novitec exhaust) in dropping the back pressure, releasing more volume and also adding a touch more power. These come with an OBD plug-in module preventing any emissions related engine errors.

Secondly and downstream, we added the Novitec F1 valve-controlled rear sport exhaust.  This is the component that will give your 458 that high pitched scream that is so sorely missing in the nondescript original system.  We bundled this with a handy remote control, which attaches to the key ring and gives the owner full control over opening and closing the valves independent of any driving mode selected on the steering wheel.

The remote valve control is the perfect tool allowing the driver to adjust the cars volume. One touch of a button and the car’s exhaust becomes much more discreet for early starts or late-night returns but touch the button again and it transforms the Ferrari 458 into a thrilling sporty machine.

The car’s owner also threw a second challenge at us. He felt that the suspension could be slightly lower. In his opinion the car didn’t look elegant (with almost awkward looking gaps in wheel arches) and wanted to achieve the low-slung sporty appearance you might have seen on many Ferrari press images.

There are many reasons why Maranello are forced to deliver their cars with a ride height that looks awkward and isn’t optimal. We have already detailed them in one of our previous posts and talk about the reasons why it is worth investing in sport springs and lowering the car’s body.

So for this challenge, our suggestion was:

One of the great features of the Novitec sport springs is that they are variable rate – in effect they deliver two spring rates in one spring.  A softer spring rate which is conferred during normal day-to-day driving and far stiffer one, when the car is heavily loaded (under conditions of both lateral and longitudinal weight transfer).  This clever setup means the car is comfortable,  but when fully loaded, the springs are stiff enough to keep the underbelly and nose of the car from contacting the ground. 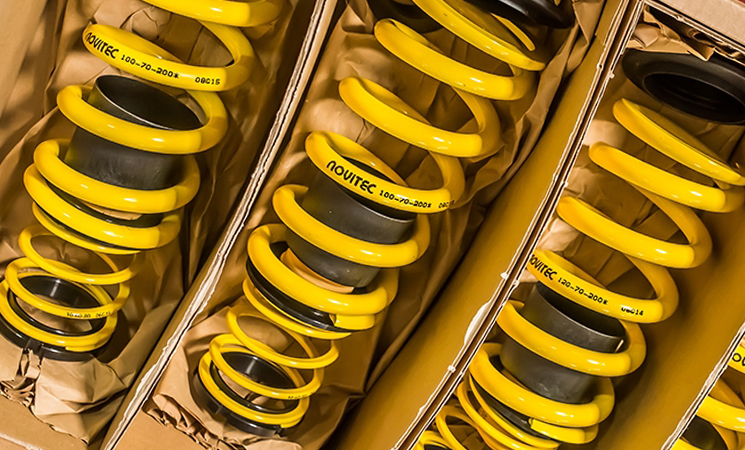 hose of you familiar with your Ferrari 458’s suspension will know that you do NOT need lowering springs. You can lower the car without them. Of course, you can. However, we find factory springs too soft to keep the car off the ground at reduced ride heights. The Novitec springs which we fitted in this project permit a reduced ride height without any risk of hitting the underbody of the car on the ground.

This customer did not have the factory lift kit optioned. Therefore, we also suggested the Novitec Hydraulic lift kit, which bundles the springs with a hydraulic front suspension lift system allowing the nose to be raised by 40mm from the reduced ride height in just five seconds at speeds up to 50mph! 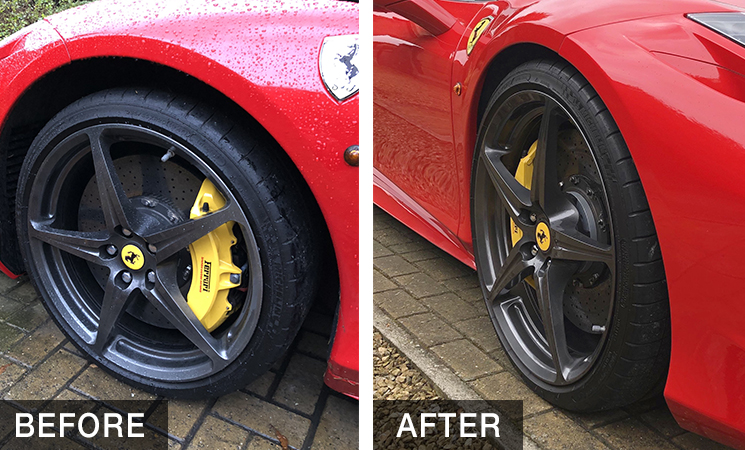 Well aware that lowering the car can visually exaggerate the pre-existing inset of the wheels we recommended the of fitting a set of Novitec spacers, front and rear,  which perfectly couple up with the sport springs to “fill out” the gaps in the arches much better.

And finally, to make it all work perfectly, and to exploit the handling advantages conferred by the new springs and reduced ride height, the car was given a full geometry and alignment.

We will leave this one for the owner’s comment, as it says it all: “To say the car has been transformed is an understatement. Not only in looks, but how it drives. The handling is now much more stable and whilst retaining the sharpness, has just made the car far nicer to drive. The springs are firmer, but you can’t really tell; it fells comfier if anything and less ‘crashy’. The sound? This thing screams, but with valves closed, even ‘decatted’, you cannot tell it’s had a system installed, it silent, utterly silent. With the vales open it sounds utterly evil, spitting and banging, and any videos you might have seen don’t do it justice.”