When you look at the RS5 you are probably expecting a practical thug of a car, which after pressing the ignition button starts with a boisterous soundtrack worthy of the flared nostrils, massive grille and bulging arches. It is fast indeed, but is it fun to drive? The opinions are divided; however, many owners unite in one aspect – the car doesn’t sound anything like as exciting as its design and Audi Sport DNA implies.

We receive many enquiries from the RS5 owners. The majority of them are interested in introducing a sportier engine sound to their car as they feel that the stock exhaust sounds somewhat unexciting.

Audi is quite limited when it comes to improving sound as the exhaust has to be homologated to meet the stringent noise regulations. Unlike car manufacturers, aftermarket companies are not required to adhere to these rules and therefore are able to squeeze much more dramatic sound from the RS5 engine. 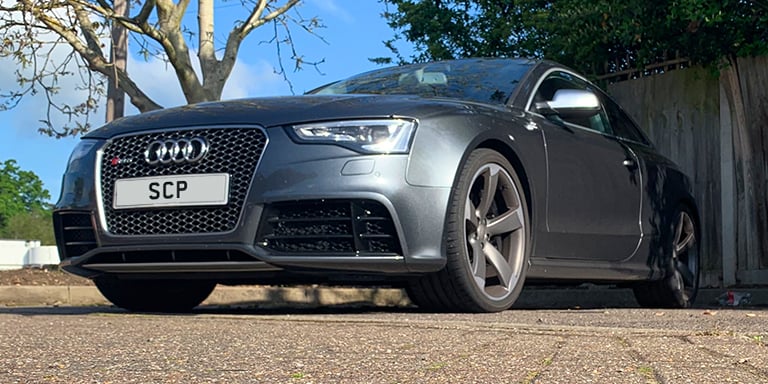 Many RS5 owners are also interested in controlling that sound. They are seeking an Audi-compatible system similar to the one we fit in our other projects, such as Ferrari with remote controlled Capristo sports exhaust.

Having spent a significant amount of time trying out different equipment as well as brands combinations, we found that the Capristo sports exhaust is head and shoulders above the any other set up available on the market. It amplifies the engine sound in a sophisticated, yet significant way. This exhaust packs a true sporty aura under the RS5’s hood – and its controllable at the touch of a button.

When the owner of this RS5 came to us, we didn’t think twice and suggested this exact solution. The original rear silencers, and central muffler have been replaced with superb Capristo sports exhaust components: brand new, dual channelled, valved rear silencer and a straight-through pipe to delete the centre. 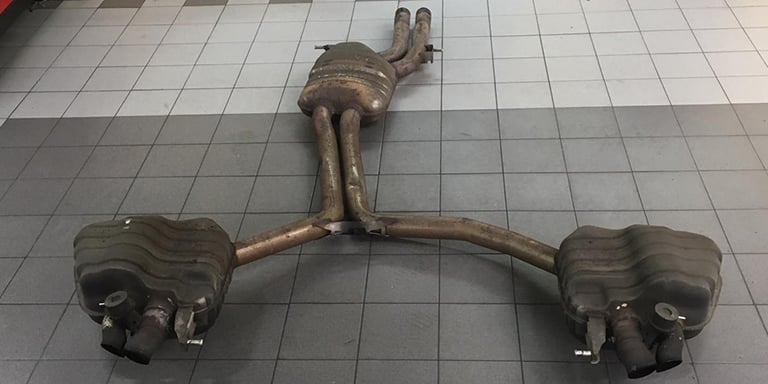 The installation left the car’s original catalysts alone, and simply put, replaced everything backwards from them. There are two very significant aspects of this method. Firstly, it is not affecting emissions in any way, so it completely eliminates the risk of “check engine” warnings. Secondly, it is a “bolt-on upgrade”, which allows us to install the Capristo system exactly the same way as the stock exhaust was installed. The bespoke design enables even using the original fittings and mounts. 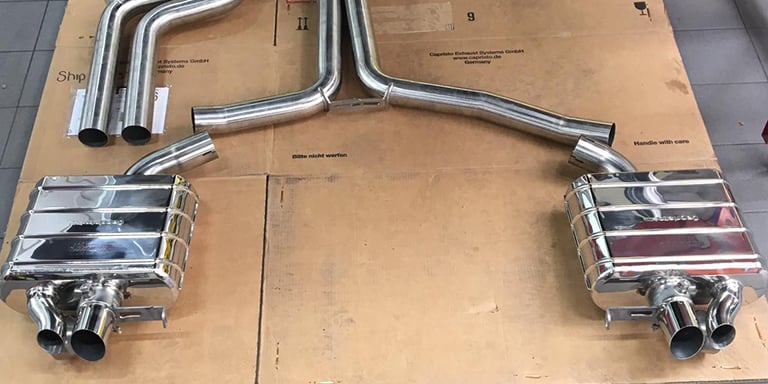 What was the final effect after the installation? First and foremost, the change of the volume and exhaust soundtrack. Right from the start-up, we noticed much fuller and deeper tone. Secondly the Capristo exhaust increased the car’s performance with gains around 12bhp. 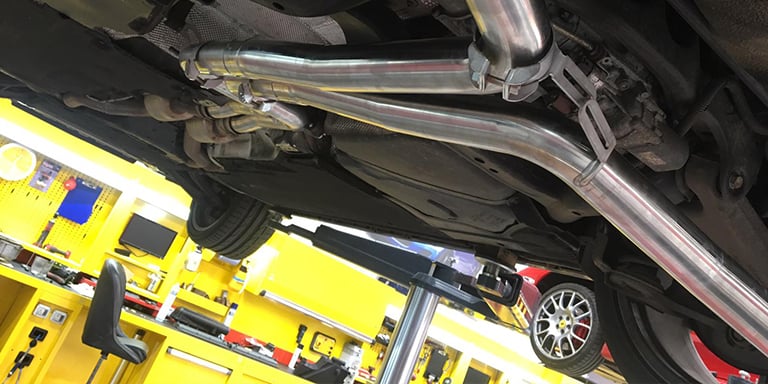 The RS5 is a fully versatile car. It is a great sports car as well as daily driver. This is why Capristo fine-tuned their equipment to give the owners a wide spectrum of sound control. In Comfort mode the sound is not intrusive at all. It is only slightly louder than stock, but with added depth.

The vehicle becomes truly alive after switching to the Sport mode. One touch of a button fully opens the valves allowing the exhaust to operate at full volume (effectively sending all gasses through a near-direct-exit channel). The car emits even more aggressive note, which intensifies in line with the revs rising, delivering a nice high pitch overlay to the classic V8 sound.

The final result we achieved on this RS5 so far is one of the best Audi exhaust notes bar none. The simple option to control the volume of your exhaust, finally will let you enjoy a reach and deep sports exhaust soundtrack by the touch of a button without excessive volume, boom or resonance – it’s a completely painless upgrade. Just click below to watch the video and hear the difference for yourself.

This project was executed on the RS5 (B8) which is a pre-facelift version with the V8 engine, however, since the release of the RS5 (F5) with a V6, Capristo have developed a product specific to the V6 engine.