The FF represents a serious moment in time – you could genuinely justify buying a 650hp, naturally aspirated V12 Ferrari to run the kids to school in and then head to Silverstone and give the thing a spanking. We’ve watched an FF drive UP a ski slope, seen two Great Danes emerge from the back seats – this car truly is the utilitarian Ferrari, there is no situation in which it isn’t the single most appropriate car for the job.

The engine is an utter masterpiece, but as we all know Ferrari only gets about 75% of what it’s sonically capable of delivering out the back of the car with the standard exhaust…and this is where Novitec swoops in to save the day.

Novitec have established themselves as the undisputed, heavyweight champions when it comes to FF exhausts – simply put, nothing else comes close. It’s almost approaching a point whereby if you don’t have an Novitec exhaust on yours you need to have a pretty good reason to justify the lack of it, without it you just aren’t getting the full experience that the car has to offer. 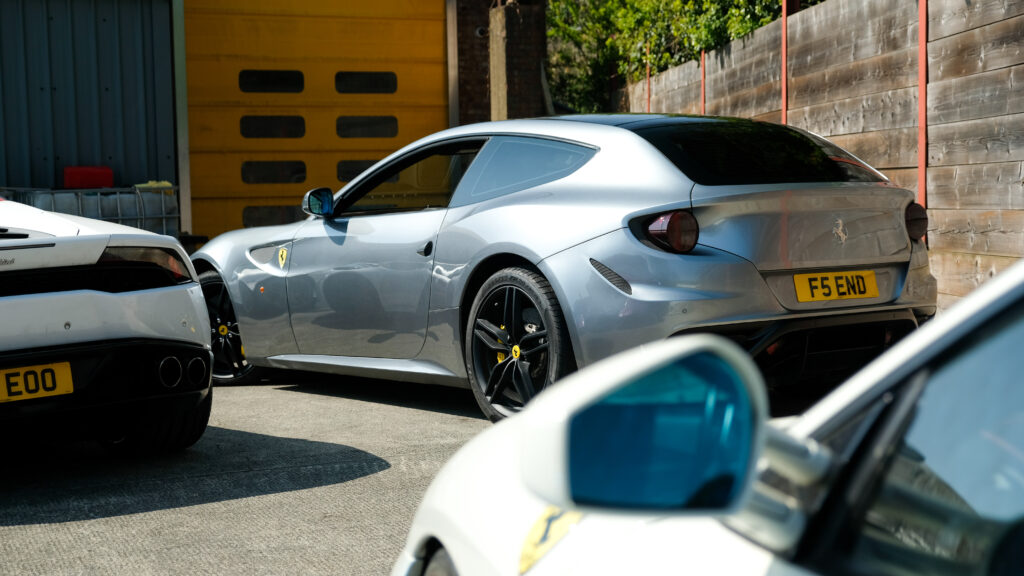 The exhaust itself is fairly simple, the standard exhaust is composed of the following:

We typically recommend the Stage 2 exhaust which is the following:

Stage 3 is also an option, which would be where we remove the OEM 800-cell cats and install either cat replacement pipes or 100-cell sport cats – along with a small unit to plug into the OBD port to cancel the warning light from Catalytic converter inefficiency.

However, in practice this is just too loud to live with – if you don’t have neighbours and you want your car to scream like an unabated banshee then it’s utterly fantastic, but it’s got a vicious bark on start-up and with the valves open you’ll be waking the dead from about 5 miles away.

The Stage 2 exhaust gives you the best of both worlds, a marginal increase in volume but a focus far more on honing HOW the car sounds, rather than just simply turning up the volume. The car sounds good as standard, but the Novitec exhaust cleans up the exhaust note, refines the high pitch howl and ultimately means you don’t need to be going prison speeds to enjoy how your car sounds!

This particular car came to us with the valves pinned open on the standard exhaust, which is essentially the same as installing a valve remote kit on the standard exhaust without bothering the change the rest of it. This isn’t the right way to modify the car, Ferrari ownership has never been about corner cutting and penny pinching – it’s pure and utter hedonism, and that is something that is to be celebrated and indulged. 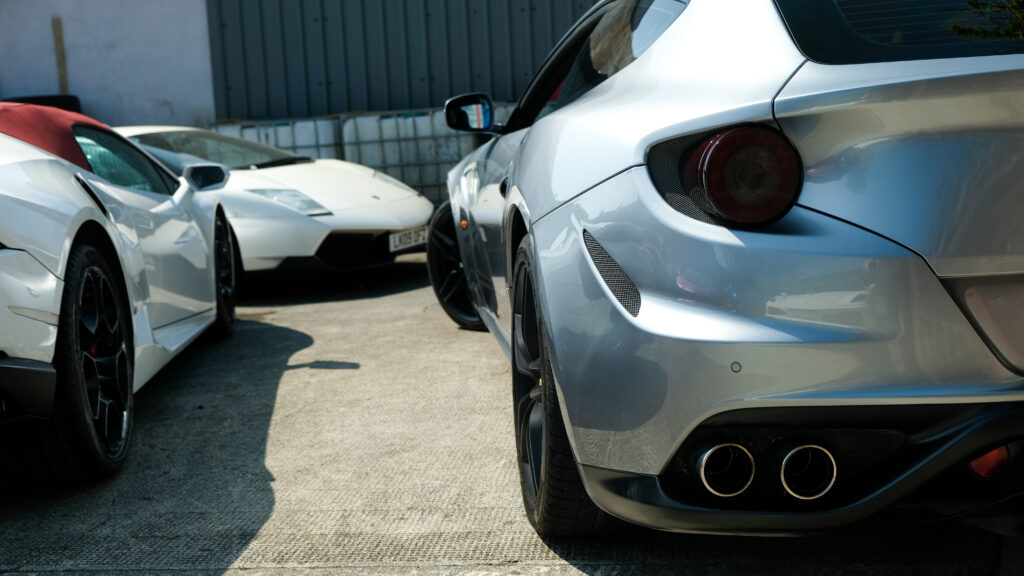 With a remote kit you’re opening the valves where they would normally be shut, between 1,000RPM and 3,000RPM. The car sounds like a tractor with the OEM exhaust valves forced open, there is no difference at the top end as the valves are already open – so you’re paying to make the car sound less refined and slightly louder when you’re sitting still in traffic…that’s not a good look.

As you can hear, the original exhaust is very agricultural, indistinct, and only sounds decent when you’re right up in the rev range. The Novitec exhaust is very quiet with the valves open, so you can fly under the radar when needs be, but once they’re open it sounds leagues ahead of the original. It sounds like a Ferrari should, plain and simple.

If you’re toying with the idea of doing a remote kit, we beg you to reconsider – why pay to make the car do something it already does, to make the car sound worse, and to only notice the benefits when you’re sitting at a red light? You are the custodian of arguably the finest daily driver in the world, it’s almost your duty to make sure the thing sounds as good as possible!