Imagine a car that combines your living room with your iPad, that drives itself, interacts with the outside world and gets you from A to B in the least stressful journey ever. Well, imagine no more because Mercedes have just unveiled the F 015 ‘Luxury in Motion’ which redefines the purpose and thought behind the modern vehicle.

The public got its first glimpse at the 2015 Consumer Electronics Show at the start of January and the research car has shown itself to be an innovative perspective into the future of mobility, elevating the motor car into a private retreat instead of just a transportation device.

“The car is growing beyond its role as a mere means of transport and will ultimately become a mobile living space”, says Dr Dieter Zetsche, Chairman of the Board of Management of Daimler AG and Head of Mercedes Benz Cars. 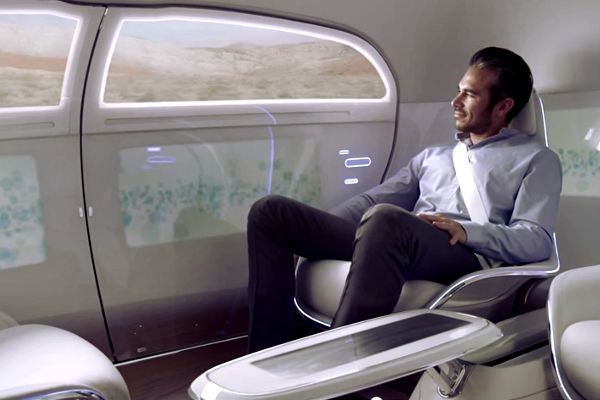 The F 015 has a wheelbase of 3610mm, which is more than a Maybach 57 (3,391mm); the first model of the Daimler AG revival, plus it has four revolving armchairs as seats. This means that all four passengers can sit opposite each other as if acquainting in a lounge lined with open-pore walnut wood, aluminium, glass and ice-white nappa leather.

Zetsche also added, “The single most important luxury goods of the 21st century are private space and time.” The Mercedes F 015 was designed to envelop comfort whilst also creating a space that would encourage personal interaction. 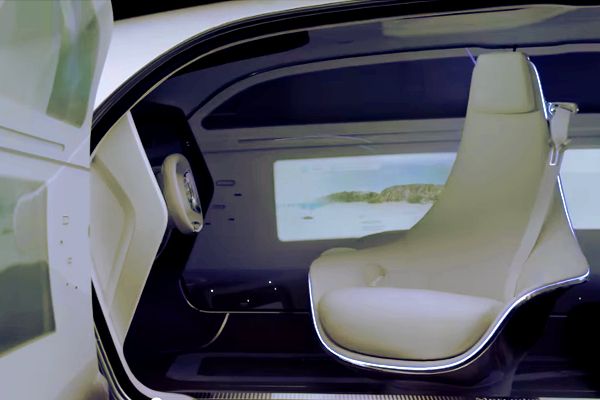 And if that was not enough, the seats rotate 30 degrees outwards when the rear-hinged doors open to enable an easier and more comfortable entrance or exit to the vehicle.

There are six digital screens included in the cabin area as part of the innovative interior concept that provides a continuous exchange of information between car, passengers and the outside world. The screens will be embedded in the door panels and controlled by touch, gesture or even eye-tracking technology. The screens will have the ability to display a video feed from the outside world, as well as access smartphone data and applications, whilst pulling up detailed information about the destination and surrounding landmarks from the internet.

But here’s the really cool bit, the LED screens at the front and the back of the Mercedes F 015 will interact with the outside world, not only recognising obstacles, but interacting and engaging with pedestrians. The car has the ability to project a zebra-crossing onto the road in front of it using laser technology, signalling both visually and audibly that it is safe to cross!

The F 015 has been created with an autonomous driving experience in mind, as shown when the model at the Consumer Electronics Show upped and left by itself and went for a drive down Las Vegas Boulevard. It is able to navigate itself around using clever technology such as radar, lasers, GPS and motion sensor cameras. 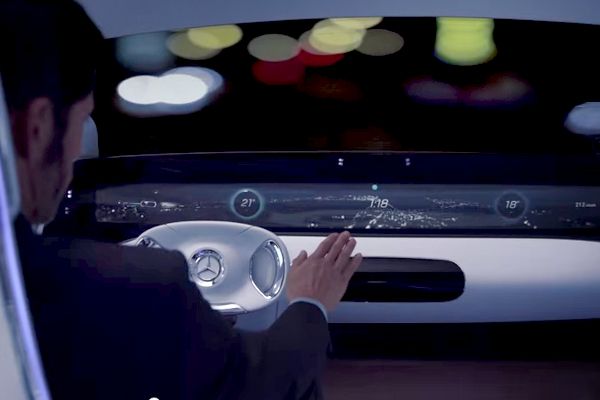 However, it does have a steering wheel and two pedals if you do wish to take control of your experience and the LED’s on the outside change from blue to white to make people aware of the driving mode. It is powered by an electronic hybrid system that has a range well in surplus of 1,000 kilometres, with 200 kilometres of battery powered life and 900 kilometres using the electricity from the fuel cell. Therefore, it is also worth noting that it produces zero local emissions, providing further proof that all the major manufacturers are thinking of a green future of motoring.

Although the F 015 is brimming with technology, it could well be more than just a gimmicky concept car as everything involved in the model is based on contemporary developments and Mercedes are making the right kind of noises in regards to production. Of course, this won’t actually happen any time soon, but you never know, we may just see a this or a similar model on our roads in five or ten years’ time. The F 015 shows us the future and could yet end up being a reality instead of just another breath-taking conceptual idea- what do you think?