At the turn of the year it is normally time to rewind and set resolutions as we reflect on another page in the calendar of life. At Scuderia Systems, we are choosing not to dwell on the past this year, but boldly look forward to the future and all the excitement it has to offer. Right now we’re giving you a list of five new cars that are set to go on sale in 2015 and we literally cannot wait to see them on the roads next year.

Hold onto your seats, because this is a big one. The Ferrari 458 Speciale Aperta will do 199mph top speed and 0-62mph in three seconds flat, whilst also making you purr at its delicious good looks and typically inspirational design. It is three break horse power shy of 600 and like the Speciale coupe, it has a 4.5litre, mid-mounted V8 that will make you feel all warm and fuzzy when you put your foot down on the pedal.

The Aperta is quicker, harder and more aggressive than its 458 predecessor and so, in essence, is the most hard-core V8 roadster that Ferrari have ever produced. There are a few new design traits such as the dual exhausts, a larger rear spoiler, vented bonnet, sideskirts with plenty of carbon fibre and even lightweight sports seats inside. However, it has not strayed too far from the nest, keeping all the excitement of the coupe with a little extra oomph.

We’ve been told that it handles beautifully and with the top down the noise created is a symphony of perfect craftsmanship, which is great to hear as Aperta means ‘open’. But with only 499 being made and sold to Ferrari collectors, you’ve got your work cut out to get your mitts on one of these in 2015! 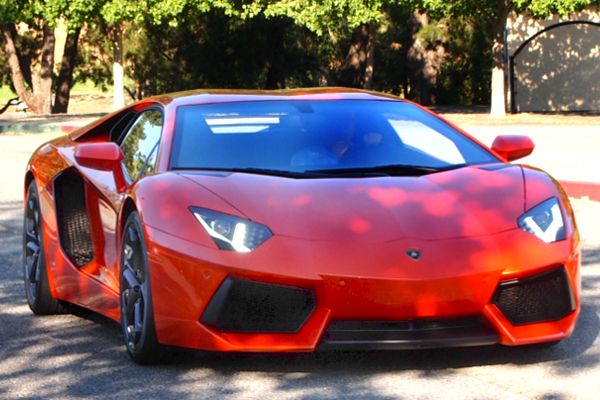 A 2012 Lamborghini Aventador via Jack Snell

The current Lamborghini Aventador (as pictured above) was released back in 2011 and is an awe inspiring amalgamation of contemporary Italian styling, flair and thunder. Often described as the best Lamborghini ever, the car was both criticised and acclaimed for being easy to drive with fantastic handling and performance. A quite brilliant piece of machinery, it has a top speed of 217mph and does 0-60mph in 2.9 seconds, but was it missing a bit of that crazy, impractical nature that Lambo has become so renowned for?

Well fear not, because Lamborghini have a history of creating absolutely bonkers special editions of their V12 SV supercars and it looks like this one is destined for the same fate in the latter half of 2015. SV stands for Super Veloce, which translates as super fast and we’re fully expecting this new model to be more lightweight, more streamlined and with more power- if you can handle that?

Possible sightings have suggested that the Aventador SV might have a new front lip spoiler, modified brake caliper position and a new center-locking wheel with a wild new rear diffuser and a quad exhaust setup. Watch this space- we’ll be updating you when we hear or see anything more about price, power or design! 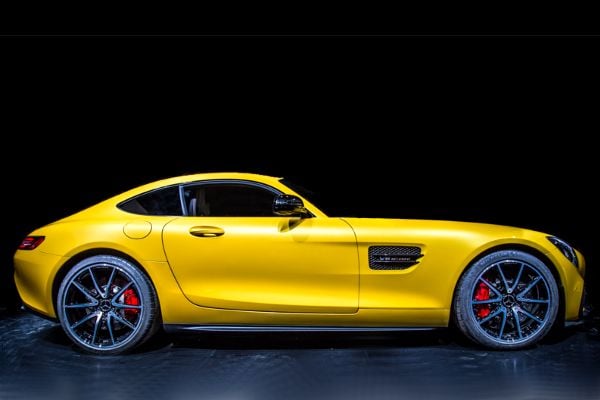 It is likely that the car will have a long bonnet and broad stance, with a similarly low centre of gravity to the SLS Coupe and the Roadster that make them so nimble. However, unlike the SLS, it will not feature the Gullwing doors which may be somewhat controversial with Mercedes purists.

An estimated £80k price tag means that it will be a lot more accessible than some of the others on this list which is pretty good value considering it will be powered by a new 4 litre twin-turbo V8 petrol engine that will cough up around 480bhp. It is likely though that the Mercedes AMG GT Coupe will be directly competing with the Porsche 911 991 GT3 RS which just happens to be the next car on our list… 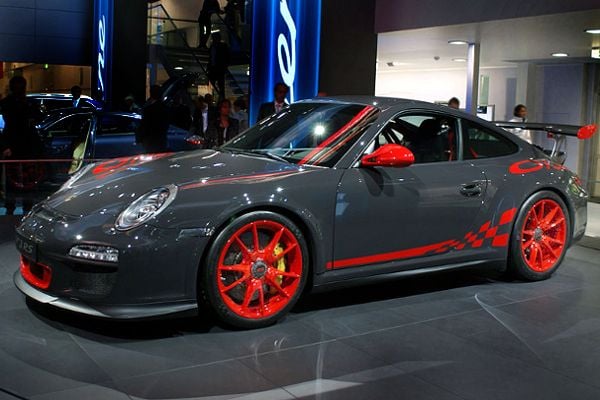 The Porsche 911 991 GT3 RS promises to have a similarly traditional design to this 997 GT3 RS with a few tweaks, via Matti Blume

The Porsche 911 GT3 RS will be a lighter, faster version of the 911 GT3, with an aero package that creates 50 per cent more downforce. Although the styling and shaping of the car will stay true to RS tradition, expect it to be stripped back and lightning quick.

The current GT3 can do 0-62mph in a time of 3.5secs and 196mph in top gear, but you would expect the new RS to be the fastest accelerating and best 911 round corners that Porsche have ever produced. Expect to see a bhp figure around the 500-550 mark on its release and with all the other weight loss and performance tuning, this could go closer to 2.5secs in 0-62mph and will certainly breach the 200mph barrier.

There will be twin central exhausts at the back and a seven-speed paddle gear-box, plus there is a distinct dip in the new front bonnet which extenuates the front panel. A new roof has been designed to give more headroom for helmeted drivers, so you can see the kind of direction in which Porsche are taking the new 911 GT3 RS. If you’ve got a cool £100k to burn then this could be the car for you, although with no official pricing announced yet, you could have to dip a little further into your pocket to reserve one of these beauties. 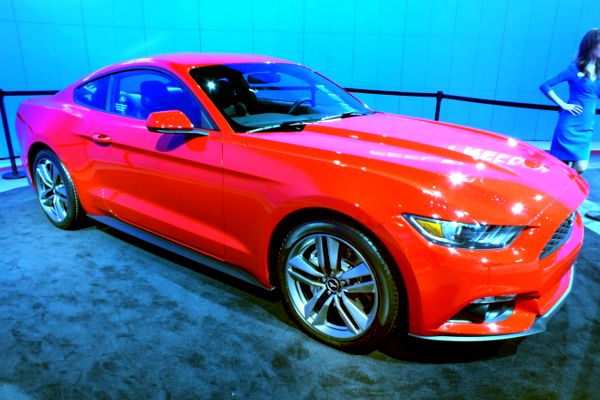 The sixth generation of the Mustang has just been unveiled (as shown above) with a 2015 model year, marking the fiftieth anniversary of the original 1965 Ford Mustang. This is the first Mustang to be marketed and sold globally as well as their first model to have factory made right hand drive vehicles as well as left.

There are three model options for this Mustang, which is also supposed to be 200lbs lighter than the last. There’s the high-octane, 5 litre V8 GT version with larger intake and exhaust valves that will produce 435bhp, the 3.7 litre V6 with 300bhp that has a fantastic balance of power, displacement and efficiency and the EcoBoost turbocharged model with a 2.3 litre engine which will give you 310bhp. This model is a combination of exhilarating power and efficient performance and has more horsepower with only half the displacement of the 2005 Mustang GT 4.6L V8.

The iconic styling of the Mustang may have been preserved, but there is a whole host of changes to the 2015 model including new front and rear suspension, brakes and power assisted steering. Also new is the technology to help manage and enhance all this power, with modern gadgetry flowing through this reenergised muscle car.

Here’s five of our top picks, but which cars are you looking forward to the most in 2015?