An image has been leaked of the new Ferrari F12 that appears to have been snapped from over the factory wall at Maranello’s whilst the prototype was being moved. You can see from the red cover sitting on the top of the car that the unnamed photographer managed to grab this shot at the optimal time, just as it was being uncovered. Some reports suggest this car will be named the Ferrari F12 GTO due to its stylistic modifications, others have claimed that it will be called the ‘Versione Speciale’.

Either way, this car will lead on from the popular F12 Berlinetta and is due to be officially unveiled at the Frankfurt Motorshow in September 2015. However, a series of leaks have meant that, as anticipated as the car will be, it will not come as quite such a surprise when they pull back the sheet for the grand unveiling in Germany. Still, everyone likes getting a birthday present early right? 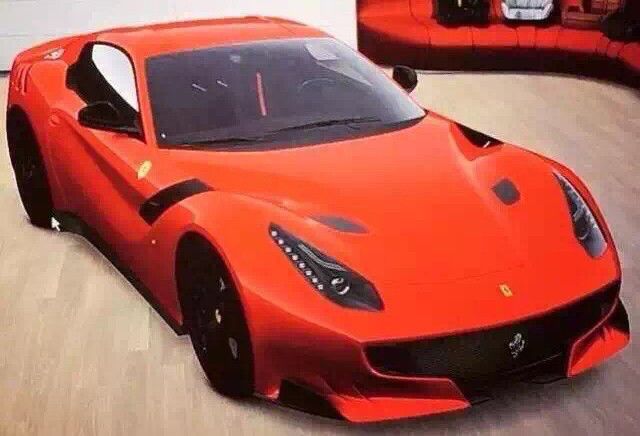 Not that long ago (back in June to be precise), there were leaked images all over the web showing what looked like screenshots of the car from Ferrari’s very own car configurator software. These blurry images looked to be legitimate, but there was no other evidence until now to confirm they were real, so suggestions that they were an elaborate hoax were rife at the time. However, with the obvious similarities seen in this new shot of the car in yellow, it is safe to assume we are looking at the real deal.

In regards to the car, we are led to believe that there will be over 100kg of weight lost from the original F12 Berlinetta and it will have approximately 800bhp under the bonnet (up from 740bhp). This will most likely be generated from a new HY-KERS system (similar to that found in the iconic LaFerrari), in tandem with the original, naturally aspired 6.3 litre V12 engine found in the Berlinetta. If this is the case we may be looking at a F12 ‘Speciale’, and it would certainly represent a real shift in direction from the Italian manufacturers, possibly signifying a trend for all future performance and supercar production. 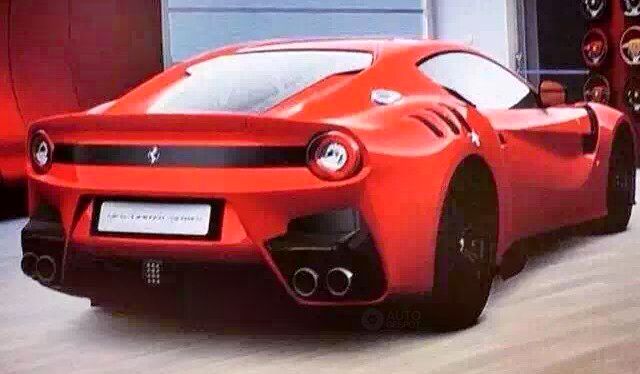 The bodywork itself is simply breath-taking and the source of the ‘GTO’ naming speculation. The car appears to be a continuation of the GTO styling, from the 250 GTO all the way through to the 599 GTO, so the F12 ‘GTO’ tag would certainly fit.

The rear fender vents can be seen obviously in both sets of leaked images, and the new front end is really highlighted in the first screenshot. Some of the changes are less obvious though, like the modifications to the fuel cap, front air channels and the rear end, including the new diffusor.

It will be interesting to see if the Berlinetta front lighting remains the same (shown in the configurator images) as you cannot see them in the latest picture and whether those glorious new wheels which give it that aggressive profile are included or not.

Future owners already have the answers after being given an official factory preview where they came face-to-face with the car, but the rest of us will have to wait till September for the answers. There is only 650 models to be made, with delivery of the Ferrari F12 [insert suffix here] to start around the middle of next year.