The Lamborghini Huracan has embedded itself as the standard of sports cars since it was released back in 2014. Since then, with limited amounts of adjustment, it has maintained its position as one of the most exhilarating cars on the market. However, the issue is that nobody wants to spend £240,000 on a car for it to be described as standard!

This was the exact thought of our customer who wanted to make his Lamborghini Huracan Performante Spyder a little bit more eye catching before summer comes around. Now the changes we made to this car may not seem instantly obvious in the photos, but once you hear the video, you’ll know exactly what we mean.

Now as we’ve talked about many times, modern cars are produced to meet both the legal and road requirements of every single country the car is sold in. This results in us receiving cars which have had their true potentially ripped away in an attempt to make them globally universal (Boo!). 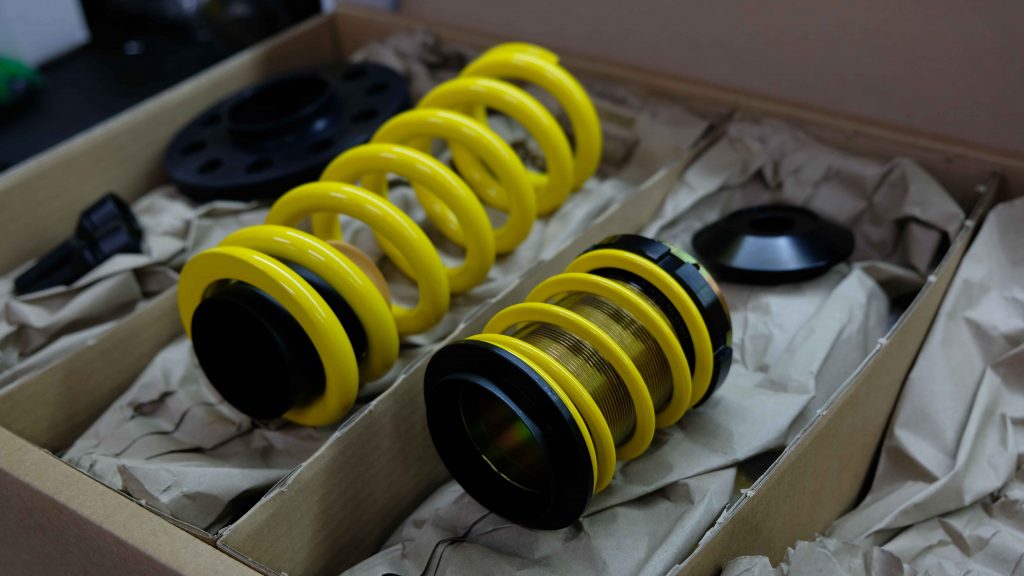 The component which generally suffers the most is the suspension, with cars riding far higher than what looks good and its performance being limited by a suspension far too soft to allow for aggressive driving. The best solution to this is installing Novitec’s Lowering Springs which are simply swapped in for the OEM ones supplied by Lamborghini. 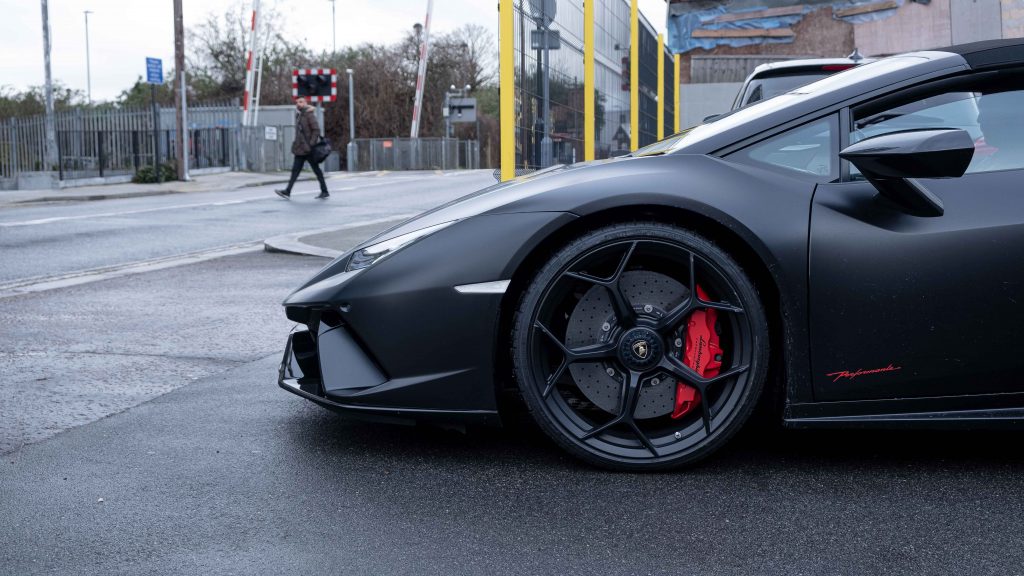 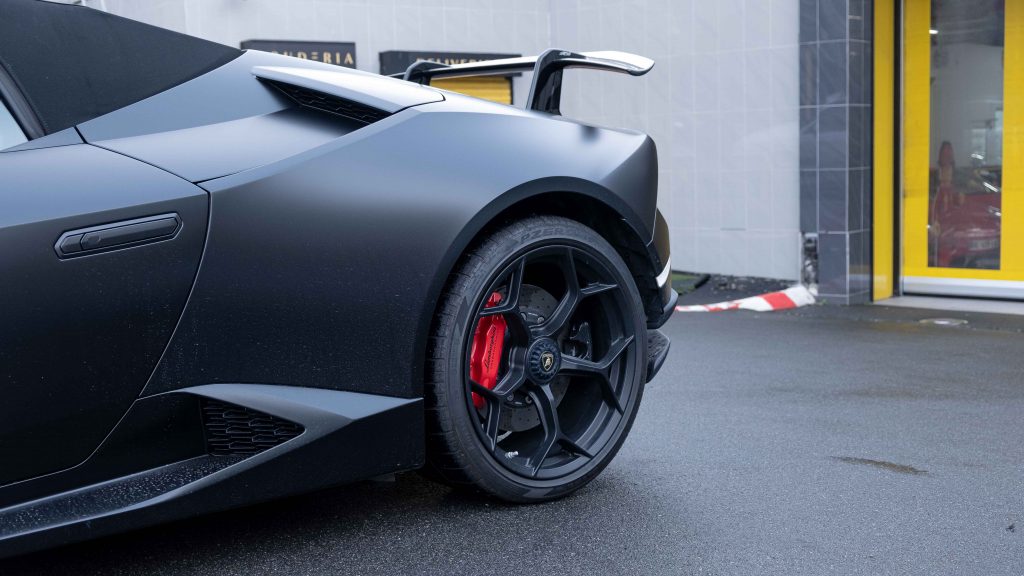 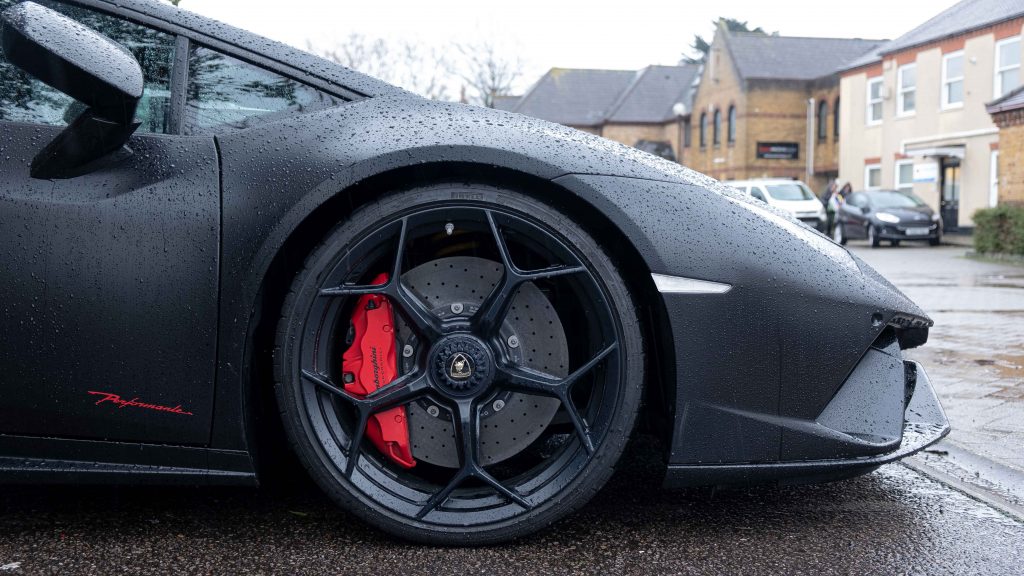 These springs can be adjusted to whatever height you desire, to give your car a far sportier look than standard and to ride exactly how you want. The most common question is ‘’will my nose lift still work?’’ The answer to this is YES, absolutely, it won’t affect your nose lift system at all. ‘’But if I lower my car, won’t the ride quality be significantly affected?’’ No! Because these springs are variable rate. Meaning that when you’re driving slowly, they’ll remain free and subtle, but when you start to drive faster and put the car under more pressure, the springs will firm up and provide the aggressive sporty ride that the Huracan should have had as standard. 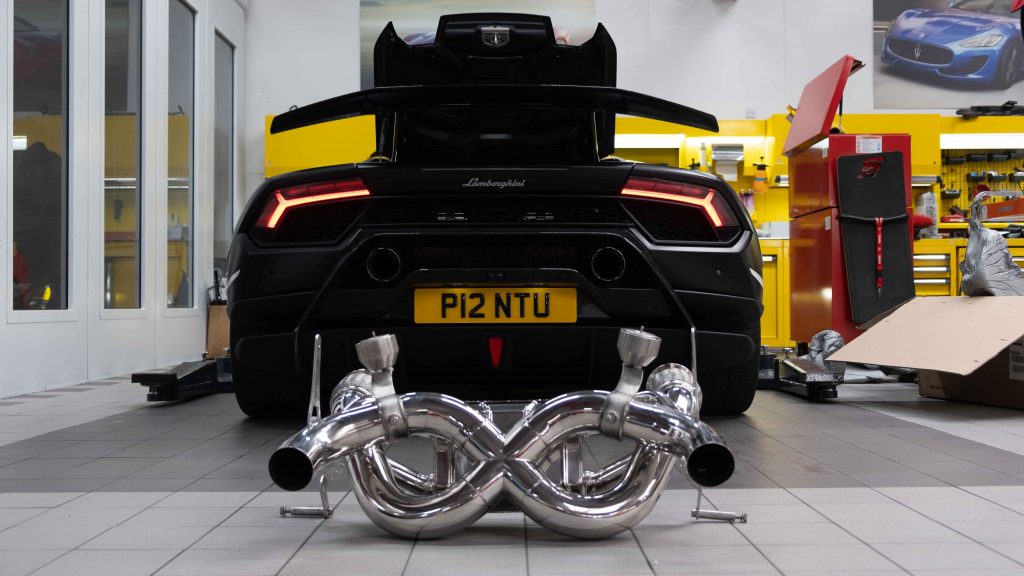 In quiet mode, the exhaust gasses go through both the cats and the rear silencers and finally out the back of the car. This allows you to remain as discrete and civilized as a stock Huracan, allowing you leave early in the morning without waking up your neighbor’s yappy dog.

However, once you put the exhaust into the louder setting, the exhaust gasses bypass the silencers and go directly through the unsilenced X-Pipe. This is a unique feature of this exhaust system, which we haven’t come across from any other reputable manufacturer. By colliding the two exhaust sound waves, the X pipe produces a series of harmonics that lifts the pitch and gives you the motorsport howl we all love and want to hear…and trust me you will hear it!

If you’re interested in making your car as summer ready as this one, then get in contact with our tuning division and let us pull the true audio and visual potential out of your car today.