There are two words that Lamborghini almost seems to have exclusive rights on – Poster Car. From the advent of the Miura the Lamborghini brand has adorned the walls of rooms across the world, and the Aventador SV is absolutely no exception. From its fighter jet styling to the flames spitting out from the rear diffuser, the car is pure theatre.

We’re finding that many SV owners love their cars, but a consistent sentiment we’re hearing is that the exhaust system feels throttled – almost as if it’s being held back somehow…(just have a look at the stock back box).

The simple answer? It is, thanks to emissions and noise regulations that the Audi group are tightly bound by.

The Capristo exhaust is without a shadow of a doubt one of the most visceral upgrades one can fit to their car – spitting flames in the way only an Aventador SV can.

So what did we fit?

Side by side with the original parts you can see exactly how de-restrictive the cat replacement pipes are on their own. The craftsmanship is unparalleled, the welds are like works of art and the braid in the flex-section (preventing the cat-pipes cracking when engine moves under load and exhaust is rigidly mounted) is perfect down to the very last fibre. 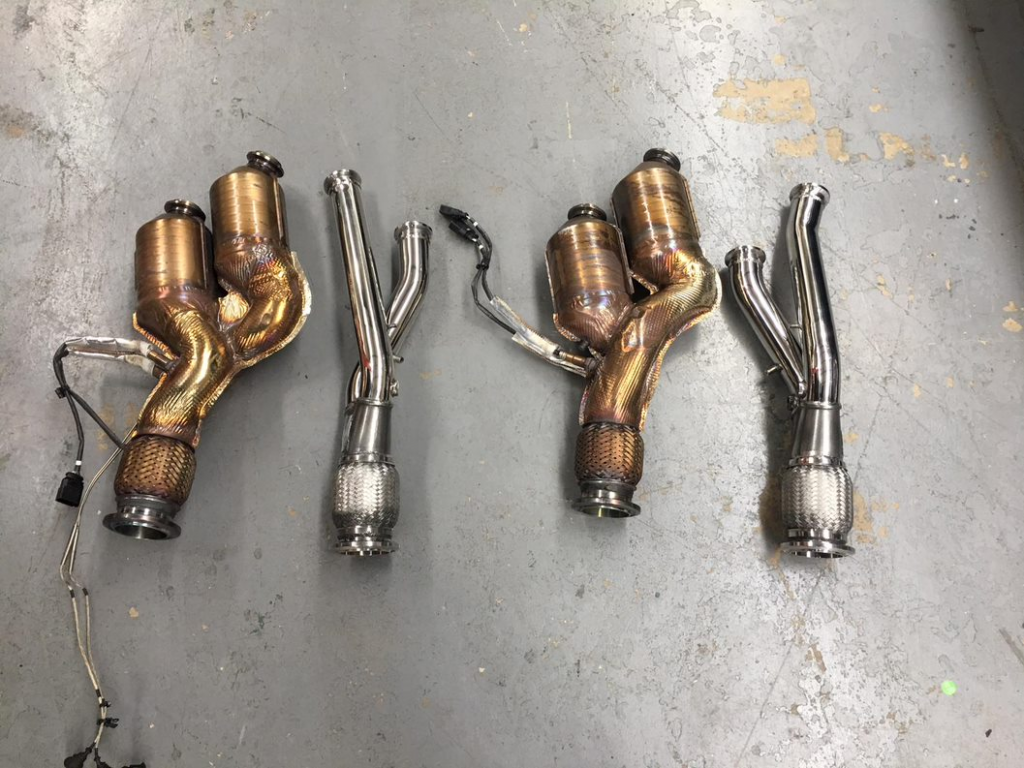 As for the sound itself…it’s a thing to behold. Right from idle its angrier, snarlier and more aggressive. We always found the mid-range sound was what let the stock SV system down, and we can assure you that the post-Capristo mid-range howl makes it all worth it. The closest thing we can think of in terms of sound is a straight-piped F50, or maybe Alain Prost’s legendary 641 F1 car (which, interestingly, lent its engine to the F50).

However, there is a time and a place for buffoonery of this volume, and leaving your house at 4am to make it over to Anglesey for a track day probably isn’t when your neighbours will thank you for unlocking the full potential of your 6.5L V12 – this is why Capristo have linked the valve control system to the mode selector switch.

Want to wake the dead? Pop it into Corsa.

Want to sneak out for an early morning/late evening blast? Put it back into Strada.

Our customer had two questions for us after we’d agreed on the exhaust – what wheels were available for the car, and what carbon fibre could be added?

Our instant suggestion was a set of the Novitec NL3’s, we left the colour choice to our client and we have to say that the brushed silver really sets the car off.

The general school of though when fitting larger wheels to a car is that the vehicle needs to be lowered, not extravagantly so but just enough to make sure that the wheel arches are filled, and the proportions of the car are maintained. To this end we recommended a set of Novitec sports springs, specifically designed for lowering with the standard suspension. The handling characteristics of the car are in no way compromised, in fact the centre of gravity shifts even lower and understeer tends to be reduced (depending on how you opt for the car to be set up during geometry alignment). 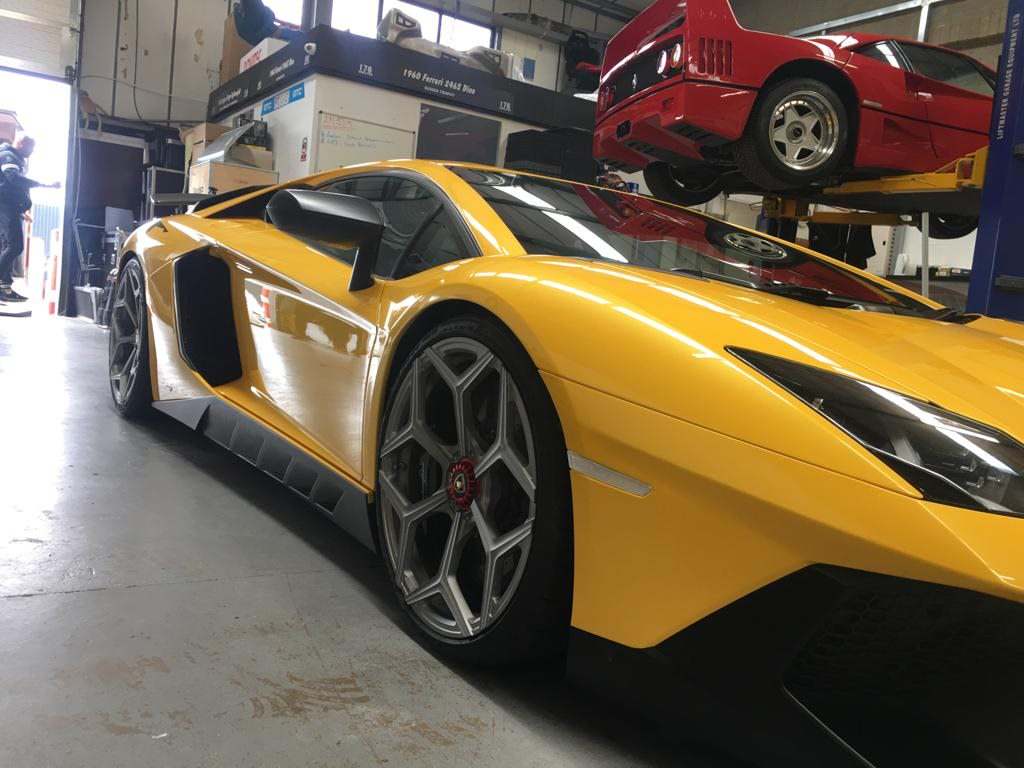 As for the carbon fibre, seeing as we had installed new wheels and lowered the car we felt the SV needed something around the lower lines of the car, the standard side skirts are gorgeous but we wanted something more muscular and aggressive which is where the Novitec came into play once again. 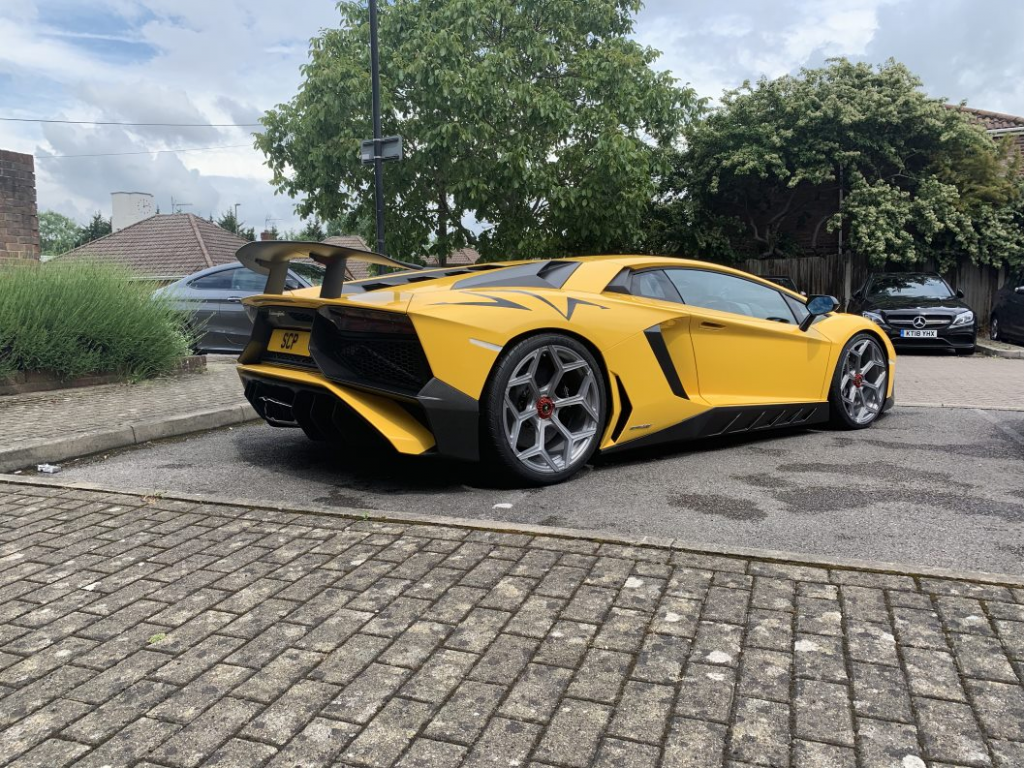 You can see from the completed car that it doesn’t scream MODIFIED – the wheels aren’t comically large, it isn’t so low its belly is on the floor, the side skirts don’t protrude like the spears of Boudicca’s chariot.

We took a very special car and helped a committed, tasteful client modify his car sympathetically to realise it’s full potential. The car now looks and sounds like the absolute showstopper it was always destined to be.