Ford took everyone by surprise at the 2015 Detroit Auto Show in January by unveiling their second generation GT, just 10 years after the original went on sale. The car will not be ready for production until the end of 2016 and will be released to commemorate 50 years since the Ford GT40 won Le Mans 1966. This 50th anniversary celebration of Ford GT racing will be an ultra-high-performance supercar, whilst propelling Ford into the modern world of motoring.

The 2016 Ford GT will feature a new 3.5L, twin-turbocharged Ford EcoBoost V6, the most powerful EcoBoost production engine ever made, generating more than 600 horsepower. The scale of progress can be measured by the fact that the original GT from 2005 had a 5.4L supercharged V8 that produced 550bhp. Although there have been no official performance figures released as of yet, Ford have said that it will have one of the best power to weight ratios of any production car out there, so we can expect it to be rapid. 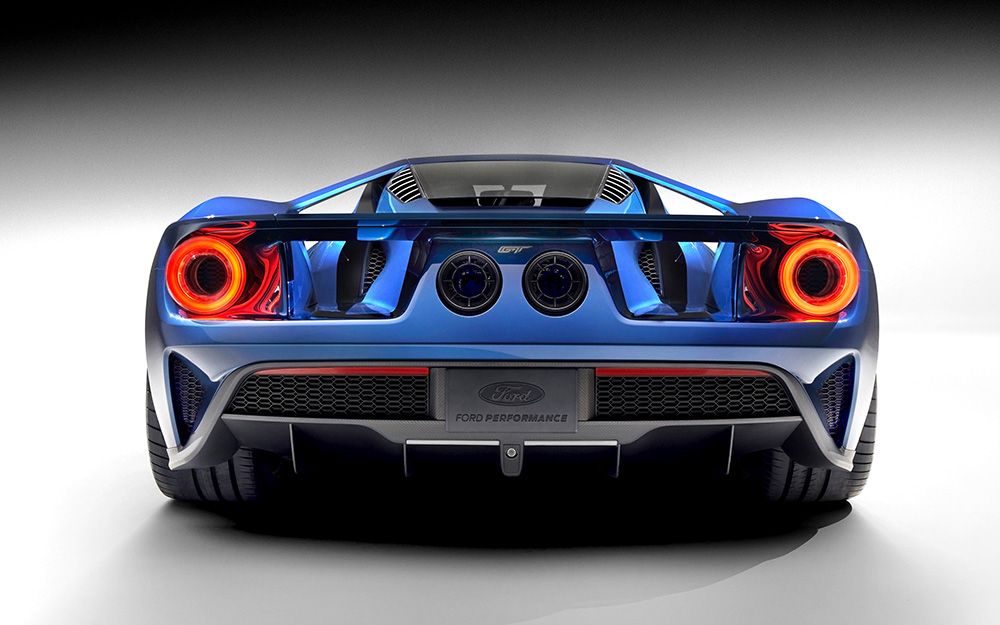 And you have to admit that it’s a looker. Its low profile and aerodynamics mean it makes you sit up and pay attention. The original GT had a beautifully shaped body that harked back to the GT40 racing cars of the 60s, but the 2016 model looks more aggressive and modern. There are huge vents and hard angles everywhere you look, with a Lamborgini-esque nose and F40 style rear (minus the spoiler), plus you’ve got to love a transparent engine cover that shows off the bowels of the car!

The car will be lightweight thanks to the extensive use of carbon fibre and aluminium. The GT will be underpinned with a carbon fibre monocoque and bolted to aluminium front and rear sub-frames covered in carbon fibre body panels. This will enable outstanding acceleration and handling with improved efficiency, especially as the rear-wheel drive supercar will feature a mid-mounted engine, racing inspired pushrod suspension and a sleek, aerodynamic, two-door coupé body shell. 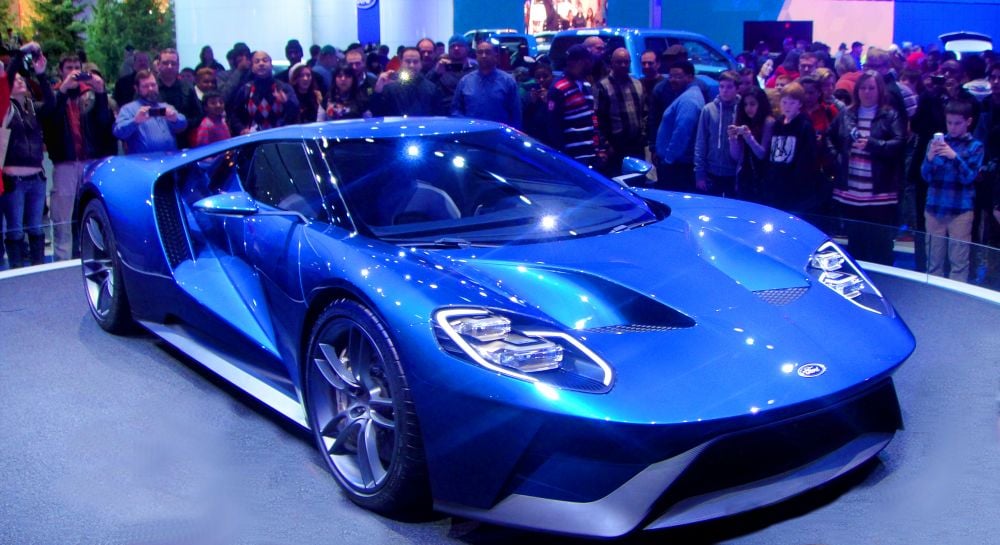 Image shared through the Creative Commons License, via Yahya S.

Ford has yet to announce a launch date for the new GT supercar but they are planning on entering it into the 24 Hours of Le Mans 2016, so you would assume they will get the production vehicle out around the same time. The model will be sold to select global markets, including the UK and is the first in a line of new performance vehicles that Ford has promised to bring us before 2020 including an updated Focus RS, F150 Raptor and Shelby GT350.

Exciting times at Ford then, let’s just hope that the final model lives up to the hype and the second generation Ford GT is all that we hope!