So here it is, Lamborghini’s offering to the turbocharged, hybrid supercar category; the Lamborghini Asterion. However, Lamborghini have been a little behind the curve on this one after seeing competitors McLaren, Ferrari and Porsche release their respective vehicles in this category a year ago, all of which were brilliant let’s hasten to add. So Lamborghini are going to have to pull out all the stops with the Asterion to level the playing field, but only time will tell if they are able to compete with the P1, LaFerrari and 918.

Image shared through the Creative Commons License, via Ben

Lamborghini themselves have said, “The small, stylised bolt of electricity in the Lamborghini Asterion’s logo points the way to a new era: one that transcends technological boundaries, squaring the circle by achieving Lamborghini performance with an environmentally friendly hybrid engine.”

This 4WD, 910bhp monster uses the same, stunning 610bhp, 5.2-litre V10 from the Huracán, combined with three more electric motors that provide an additional 220kW, equivalent to 300bhp. This is undoubtably the most powerful Lamborghini ever produced- it gets from 0-62mph in three seconds and tops out at a shade under 200mph. That’s pretty quick, but is still markedly slower in comparison to the esteemed competition already mentioned above.

With a fully charged battery, the Asterion has a zero-emission, all-electric range of 50km. It also has a fuel consumption of 4.1 litres per 100km and CO2 emissions of 98g/km, which compares far more favourably than its McLaren and Ferrari counterparts.

The Lamborghini is, however, a bit on the heavy side at 1800kg and measures 4.7m long with a stretched wheelbase to give more room inside. Lamborghini have said that although this is a performance car, it should also be considered as a city cruiser where you can implement the full-electric mode. The interior underlines this with luxurious ivory leather, aluminium, forged carbon and titanium, combined with a tablet that controls the GPS, information & entertainment system and climate control. 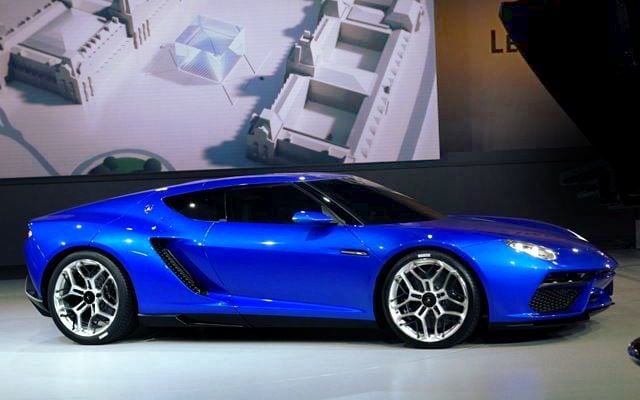 Image shared through the Creative Commons License, via Automobile Italia

You have to say it looks sleek and possibly even understated, which is rather new territory for the company that has given us everything from the Countash to the Veneno. There isn’t the same kind of eye-catching rear spoilers, aggressive air vents or ludicrously flamboyant doors that we have come to expect from the Italian manufacturers. Side on, it’s only really the nose that distinguishes itself from say an Aston Martin Virage or Ford GT. Not bad looking cars themselves, I’m sure you will agree, but what is concerning is the Asterion’s lack of identity.

As the Asterion is currently only a concept awaiting production, we can only judge it on its looks for now, but realistically it blends into the background and well, it’s quite… boring. Lamborghini has created a brand image over the years by being ostentatious and unique, standing out from the crowd. It has boldly produced shapes and lines that no other respectable manufacturer would dare to go near and they have brought joy to a lot of people because of that. The Asterion seems a far cry from this notion.

This is a brave new world, where petrol guzzling V12’s are a thing of the past and silent battery power propels us forward. The name Asterion epitomises that; it’s the birth name of the half man/half bull Minotaur in Greek mythology and highlights the synergy between power and intelligence. However, if Lamborghini are going to survive, they surely have to build their future based on the successful foundations of the past, so being sensible and unassuming might not cut it. 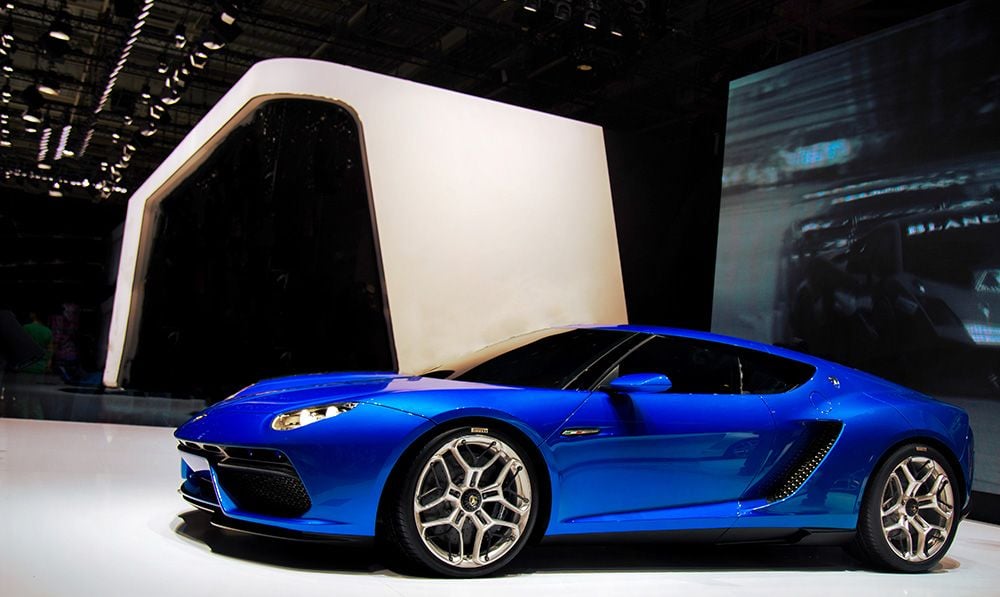 Image shared through the Creative Commons License, via Ben

“Lamborghini has always combined emotion with innovation and now we’ve added sustainability to the mix,” comments Automobil Lamborghini CEO, Stephan Winkelmann. But what if they haven’t? What if they have lost that vital emotional link between man and machine that Lamborghini are so well renowned for and created a £350k every man’s car that will be great for carrying golf clubs?

Let’s wait until we see the Asterion in action before we put Lamborghini’s head on the block, but now the Gallardo (their most successful car ever) has ceased production and with the Huracán seriously lacking any purpose or direction, these are worrying times for the great Italian company. The Asterion may well be lauded for broadening the portfolio and providing a progressive step towards more socially and environmentally acceptable motoring or it might just signal the end of an era.