And so it’s upon us, the gradual waning of the internal combustion engine – first it was turbocharging, then displacements became smaller, next we saw the advent of almost useable electric cars and now even the last bastions of ICE engines are being strangled by the dreaded OPF/GPF unit.

Particulate filters are filters which works in tandem with the catalytic converters to clean up the exhaust emissions, the secondary implication of their presence in the exhaust system is that they make whatever car to which they’re fitted almost inaudibly quiet.

The 488 already had a deeply bland exhaust note – the solution? Remove the cats, install a Novitec rear silencer and you suddenly had a really quite dramatic exhaust note! 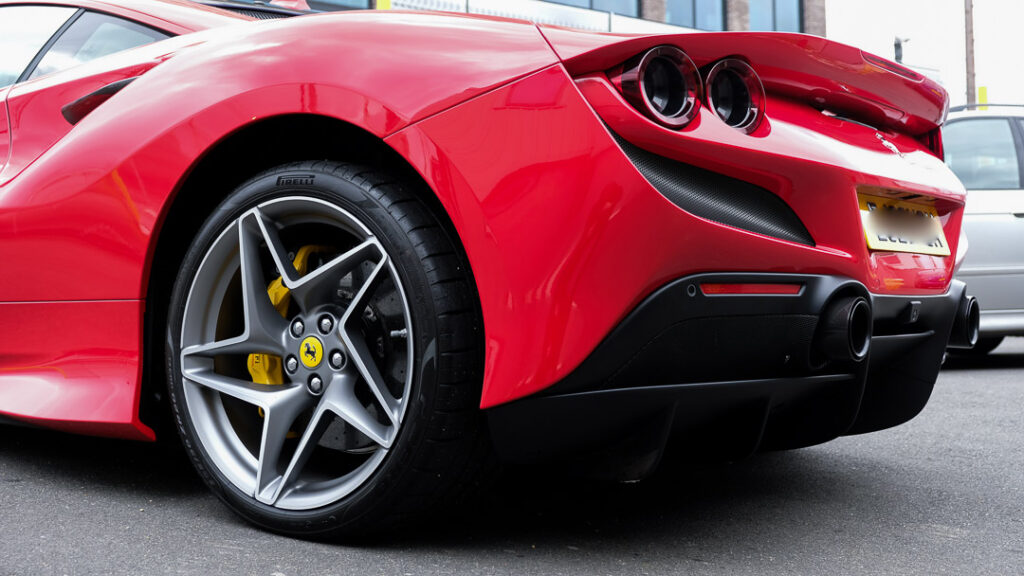 The F8 is slightly more complex, as the engine is almost identical to that of the 488 Pista the recipe is largely the same – the cats are non-negotiable, they absolutely have to come out and be replaced by cat replacement pipes…at the very least we need to install 100-cell sport cats. 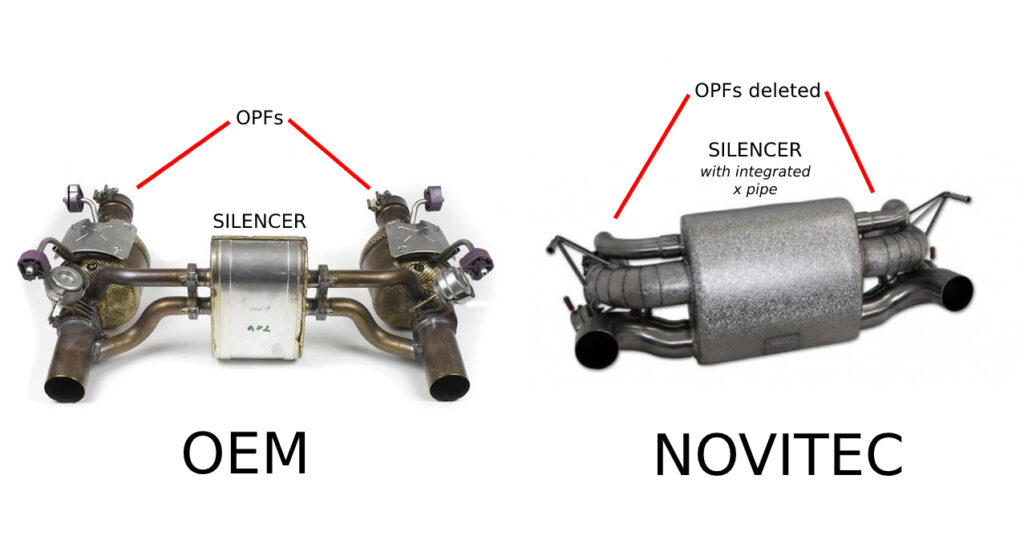 This has further implications with regards to warning lights.

Firstly, we need to understand what the Tectronic device from Novitec actually does. With the 488 platform when you installed sport cats/cat replacement pipes the car would throw up a Check Engine Warning Light pertaining to Catalytic Converter inefficiency. You would plug the Tectronic unit into the OBD port and leave it there, it would quietly scan for these error codes and clear them down – no warning light, no need to remap. Brilliant.

The F8 is slightly different, when you remove the OPF/GPF the car will get an error message pertaining to OPF/GPF inefficiency – as such you now need to install the Tectronic even when only doing the rear silencer, as the Tectronic will now scan for errors from both the Cats and the OPF/GPFs!

The honest truth is that the exhaust sounded absolutely pathetic before this exhaust was installed, and afterwards it sounded beyond incredible. Far louder, without being obnoxious. Much higher pitched, but still retaining the low end beef that the twin-turbo V8 produces.

So, the original exhaust path was as follows:

After the work was completed on this car the exhaust path became:

Check out our video above to have a listen!