AMG is one of the great automotive success stories – a couple of rogue ex-Mercedes employees who set up their own business building the best versions of their favorite cars. When they took the racing world by storm Mercedes had no option but to acknowledge them and their victories, eventually incorporating them into the Mercedes group and allowing them to grace us with cars like the CLK GTR, the SL65 Black Series, the G63 and the legendary homage to the 300SL…the SLS AMG.

The gullwing doors, the bonnet that extends about 4km past the end of the engine, some of the widest rear tyres in the world and an engine note that would scare the devil himself…or would it? 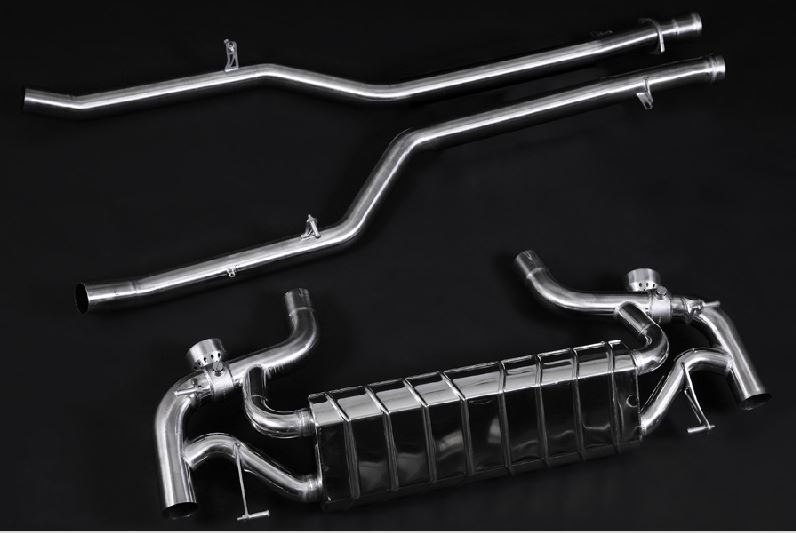 The issue facing the SLS is the same as every single car we ever encounter. The manufacturers are bound by the strictest homologation guidelines when building a car for the global markets, they have no option but to hold back some of the potential of the car so that their car can be sold around the world.

So the real point to note here is this…if the SLS sounds as good as it does from standard, imagine how good it would sound if its lungs were opened up and it was allowed to breathe…

While there are a couple of options when it comes to the SLS, our favourite has always been the Capristo system – it consists of connecting middle pipes and a rear silencer with valves. Most crucially the exhaust fits into the existing tips in the rear bumper, so there is no way to tell by aesthetics alone that you have modified the car. This is a GT car after all, preserving the mature essence of the car is essential, this car is a brute in a suit…and we wanted to keep the suit looking sharp. 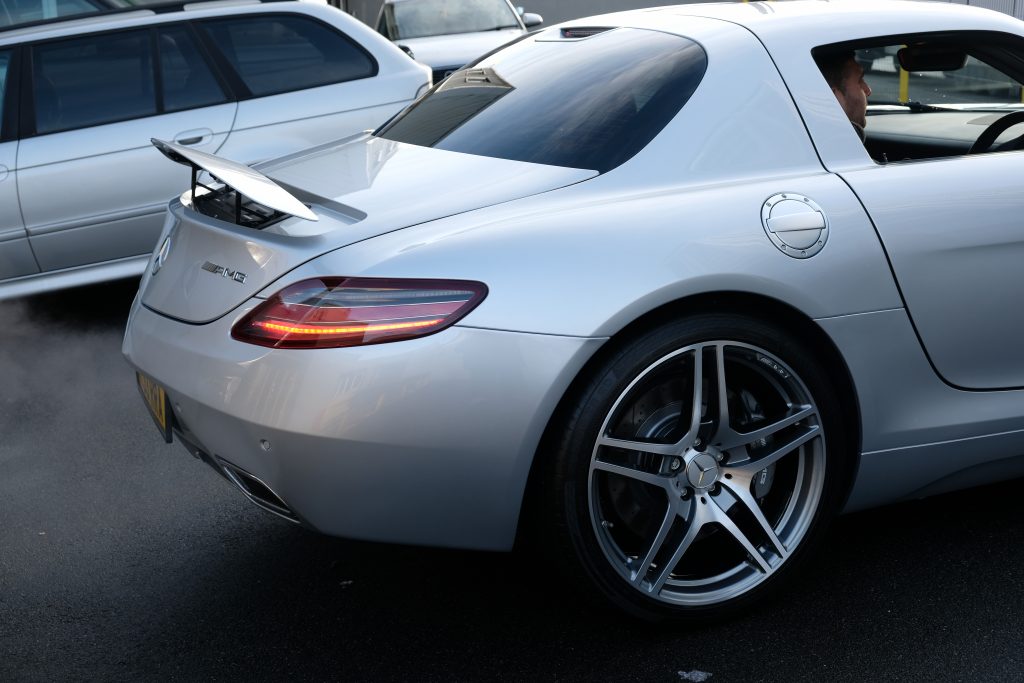 The valves are also another key selling point of this exhaust – the fact that you can keep the valves closed, the car quiet and relatively inconspicuous, but then open up the valves and turn the car into the tread killing machine that it wants to be is yet another reason why this is the exhaust to have.