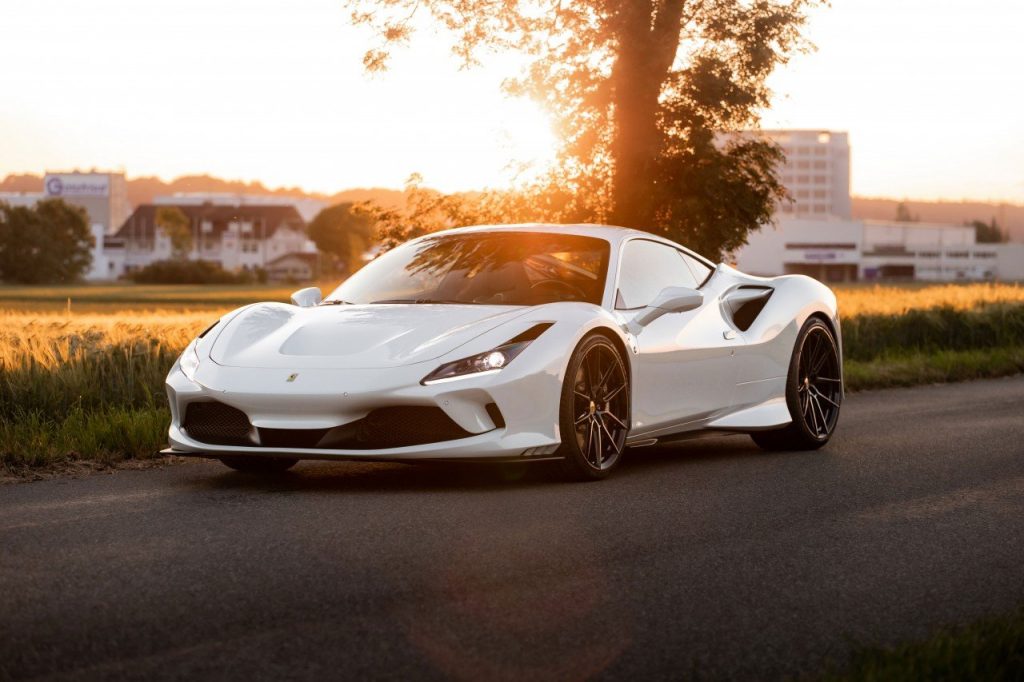 The Ferrari F8 Tributo was only released a few months ago, and yet Novitec has already launched their first set of tuning upgrades, allowing even the most eager petrol heads to make their Ferrari that little bit faster…because a 0-62 time of 2.9 seconds is somehow deemed too slow in the modern automotive world! Whilst no aerodynamic parts have yet been released, Novitec has blessed us with two engine tuning modules, a selection of Novitec exhausts which are about as untamed as is legally acceptable for driving on the public road, and finally lowering suspension and 3 sets of wheels available in a variety of sizes.

The engine tuning modules reprogram the onboard computer, modifying the engine injection, engine mapping, and increases the boost churned out by the pair of twin turbochargers. Once installed the Tributo’s performance is pushed to what must feel like the automotive equivalent of Mach 3, with total power output being increased by a substantial 67hp, resulting in a net power output of 787 hp at 8.000 rpm. Max torque is also increased to an impressive 882Nm resulting in a 0-62mph (0-100km/h) time of 2.7 seconds, and if you can find a road that is both long and straight enough, the F8 Tributo will scream all the way to a new top speed of 212.5 mph (340 km/h). *Clenches all orifices* 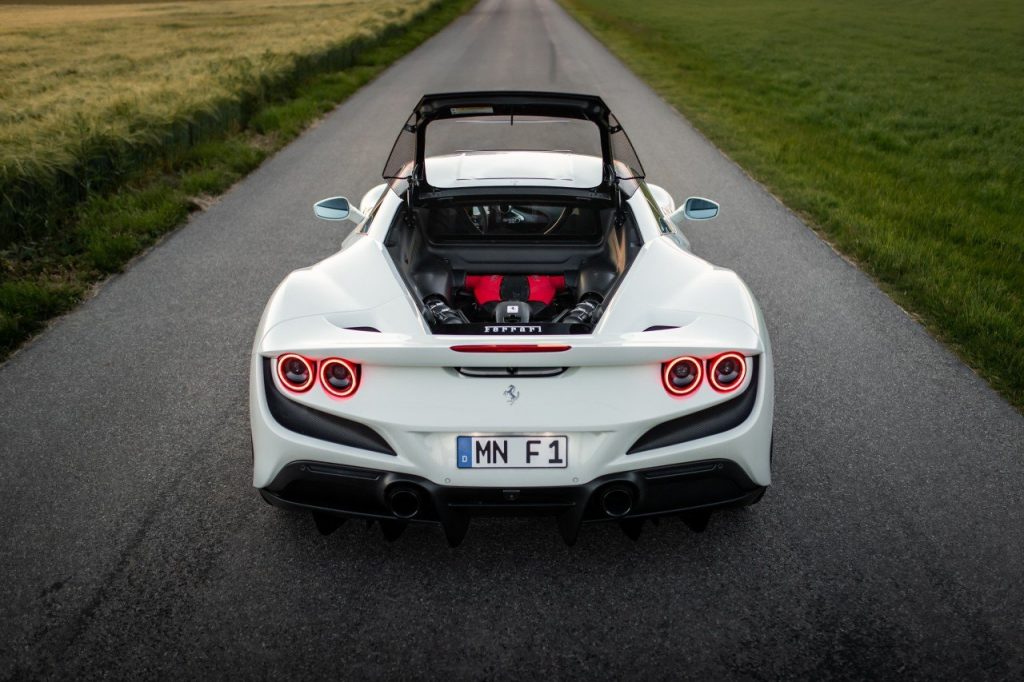 There is no question whether or not Novitec exhausts are loud and visceral enough, the only question is whether or not your significant other will allow you to deafen them each time you start the car up before a Sunday morning cruise. The Novitec exhaust will allow you to have greater control of the noise coming out the back of your new toy, and either through a pair of OEM stainless tips or a set of carbon fiber exhaust tips from Novitec. Keep an eye on our Youtube channel for the first Novitec exhaust Scuderia Car Parts installs on the F8 Tributo, but be warned, you need to be prepared to be incredibly jealous! 😉 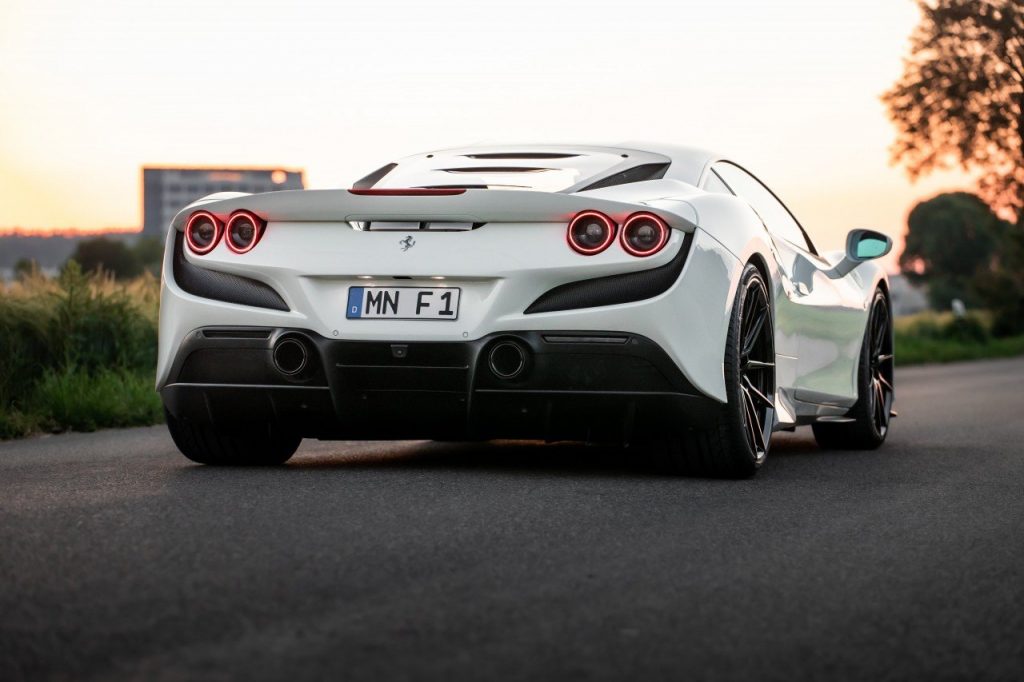 Finally, Novitec has provided a staggering 72 different possible wheel colours, with three different wheel designs currently available: NF8 Directional Forged, NF9 Forged, or NF10 ZV Forged Look respectively. The Tributo can be lowered by a notable 35mm with Novitec’s lowering springs, making the stance as aggressive as the performance would suggest. If you’re worried about scraping on speed bumps and curbs, fret not my friend! Novitec offers their own nose lift system which will raise the front of the car by 40mm, protecting you from scratching that precious carbon nose. 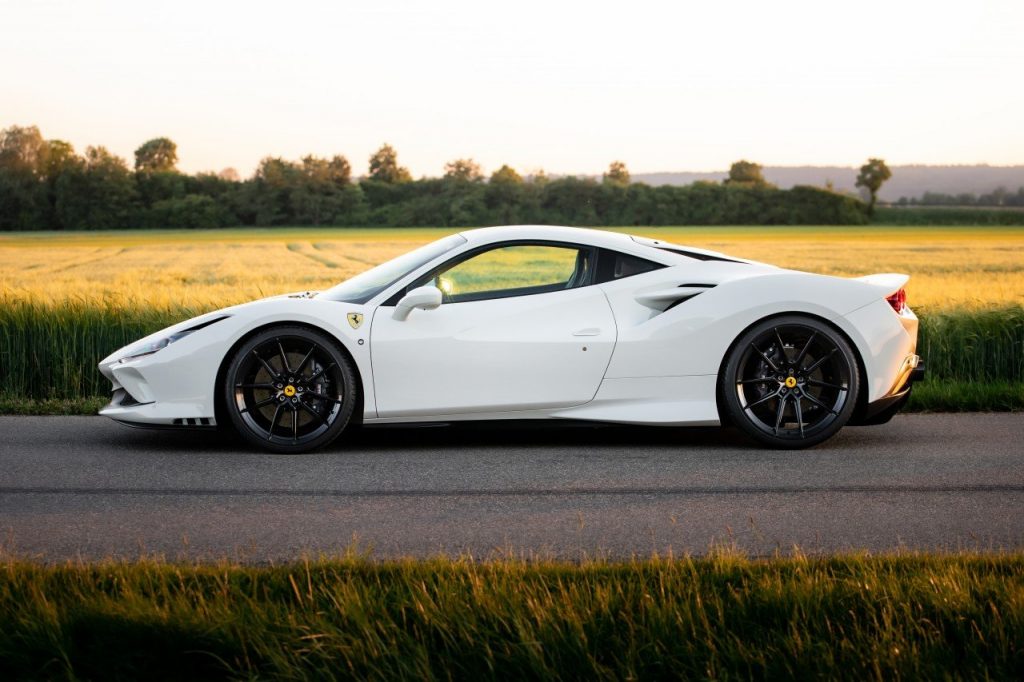 If you’re thinking of increasing the performance of your F8 Tributo, then get your order in today with our head of tuning: Dylan@scuderiacarparts.com / Mob/WhatsApp: +44 7494 526 462, and be assured, once Novitec drops the Tributo aerodynamic package, the Scuderia blog will be both the first place you can see it, and we’ll also be the first place that will be able to get your hands on it!