Earlier this year, the Hennessey Venom GT clocked 270.49 mph, becoming the fastest production road car, beating the Bugatti Veyron Supersport by a mere 0.63mph. With the recently released McLaren P1 electronically limited to 217mph, focusing on Ron Dennis to teach us about potential for speed as opposed to John Hennessey or Wolfgang Dürheimer (CEO of Bugatti) may seem like a strange choice. However, neither Hennessey nor Dürheimer have led a Formula One team to eight Constructors’ World Championships, 12 Drivers World Championships and 182 race victories – and Formula One is, after all, the fastest motorsport series in the world.

So what can Ron Dennis teach us about top speed? The natural place to start is F1 and 1988, but not with the all-conquering MP4/4 that Senna and Prost won 15 out of 16 races with, but with the McLaren F1. Conceived in 1988, the McLaren F1 was released four years later to become the fastest production car in the world with a top speed of 240mph.

For the F1, Ron Dennis used key personnel directly out of his Formula One team, with the head man being chief designer Gordon Murray, who was given free reign to go out and build the ultimate road car.

McLaren had often led the way when it came to the introduction of lightweight technology, the MP4/1 Formula One car of 1981 being the first to have a carbon fibre tub, and this tradition continued in their F1 road car. It was the first production car to use a carbon fibre monocoque chassis. The aim was to reduce weight, and the McLaren F1 weighs some 700kg less than the Bugatti Veyron and 300kg less than even its own successor, the McLaren P1.

The F1’s lightweight principals were not exclusively in the use of carbon fibre, but also in the F1’s lack of heavy driver-aids like power steering, anti-lock brakes and traction control, all of which also reduced the purity of the driving experience. 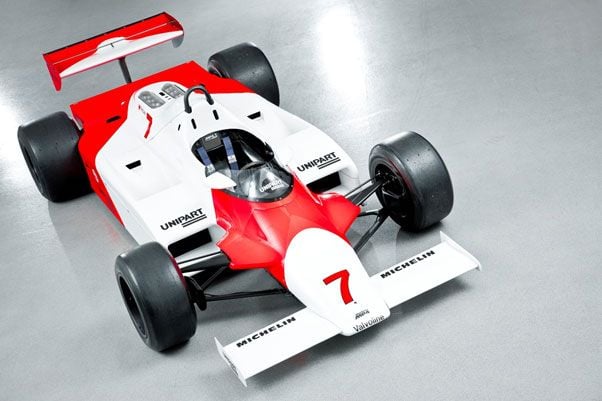 McLaren had shown that monumental top speed was not just about an immensely powerful engine, but also about aerodynamic efficiency. The McLaren F1 has a lower drag coefficient (0.32) than its latter day rival the Bugatti Veyron – one of the many reasons it could achieve a comparably high top speed with only around 60% of the power of the Bugatti. In doing this, McLaren were able to fit a naturally aspirated (BMW-developed) engine to the F1, and to this day, the F1 remains the world’s fastest naturally aspirated production car.

Throwing away the Turbocharger

In fitting a naturally aspirated engine in the F1, it became clear that the McLaren F1 was more about driver control than top speed. The turbocharged engines of the late ‘80s and early ‘90s could achieve big power outputs much more easily and more cheaply than naturally aspirated engines, but the power delivery was lumpy and without finesse. There would be lots of lag, followed by sudden rushes of huge power, making the cars difficult to control and enjoy. For this reason, fitting a Normally Aspirated engine was the most logical way forward to make the world’s best driver’s car, even if it meant more engineering difficulty and more expense!

Maybe this explains why Dennis has been so scathing about the Veyron, describing it “as a complete piece of junk”. Sour grapes at the fact that the Veyron took the title of the fastest roadcar in the world from the F1 when it was released in 2005? Possibly. But, the Veyron has not received the accolades that the F1 has received as a true drivers’ car and that’s what its successor, the McLaren P1, is billed as by McLaren: “Designed, engineered and built to be the best driver’s car in the world”.

So what Dennis really teaches us about maintaining top speed capabilities is not to bother and that it is more important to focus on building an efficient, pure, involving, car than a machine designed with its sole purpose to be the fastest. In reality, the difference between 217mph and 270mph is irrelevant, neither speeds will ever be reached on our roads. So a focus on top speed is equally pointless. As Dennis says himself, “Don’t get fixated by top speed. That’s the first thing you have to discard in today’s society.” 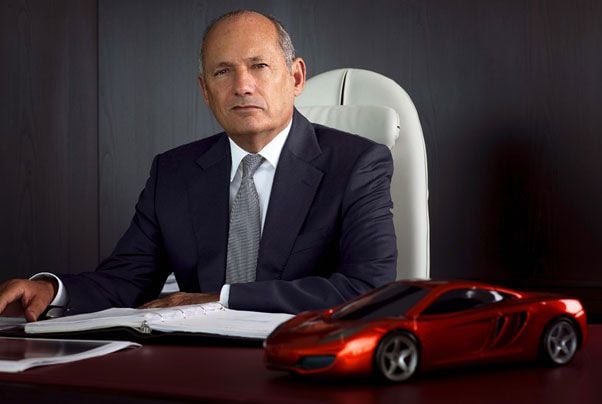