So the British Grand Prix is finally upon us, right in the midst of an early July heatwave and during the first week of the 2015 Wimbledon tournament. British fans will be hoping that Lewis Hamilton can emulate the success of Andy Murray and ride on the new wave of sporting optimism that has flooded the country since the England Women’s football team reached the World Cup semi-finals for the first time in their history. Silverstone is the perfect place for the 2008 and 2014 World Champion to reclaim the momentum in the title race.

The Headlines from Austria

Nico Rosberg comes from behind to beat teammate Hamilton on track for the first time since being paired at Mercedes. Rosberg’s Austria win makes it three in the last four races to heap the pressure back on championship leader, Lewis Hamilton. But more significantly, it was the first time the German has managed to pass his teammate on track in a genuine overtaking manoeuvre and go on to beat him. Rosberg has obviously beaten Hamilton on various occasions since they have driven for Mercedes, but these have always been due to outperforming him in qualifying and maintaining his advantage, or through strategy or reliability. You can only imagine then what a boost to his confidence that pass into Turn 1 on Lap 1 will have done for him. Unfortunately, the safety car that was brought out later that lap and Hamilton’s five second penalty for crossing the pit exit line robbed us of the chance to see if Lewis could have come back at him.

Mercedes manage their first consecutive one-two finish of the season to put to bed any arguments of who’s on top of the Constructor’s World Championship. At various points in the season, it has been asked whether Ferrari have the race pace to take on the Silver Arrows, but after converting their 19th consecutive pole position into another race win, they now have a 136 point advantage at the top. After seeing their drivers comfortably drive away from the pack without any pressure, it seems they will stay out front for the rest of the season now and their only major hurdle will presumably be managing their drivers to the finish line again. Hamilton’s 45th career pole wasn’t enough to secure him his first Austrian GP win, so now there’s only 10 points between the two drivers, and Nico is only 6 points behind where he was at this point last season, despite Hamilton’s blistering start. 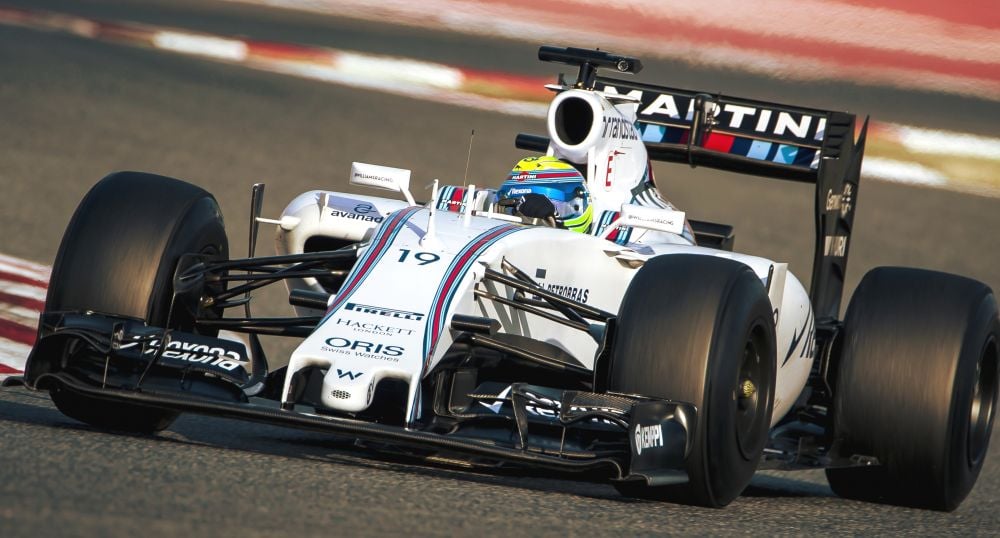 Felipe Massa hasn’t won a race since his fateful home Grand Prix in 2008 when Lewis Hamilton snatched the World Championship from his grasp by overtaking Timo Glock on the penultimate corner.

Felipe Massa rolls back the years to win first podium of the season and hold off a pacey Ferrari. Felipe Massa had many years of playing second fiddle at Ferrari earlier on in his career, so he would have taken great pleasure in leapfrogging Sebastian Vettel who suffered with another slow pit stop with 34 laps to go. Many would have thought the faster Ferrari would have reeled in the Williams with plenty of time to go, but the Brazilian drove superbly to hold off Vettel under immense pressure in the final 10 laps and take his first podium since Abu Dhabi last year. Always the team player, Massa actually passed two significant personal milestones in this race, becoming only the ninth F1 driver to amass 1,000 race points and sixth to pass 60,000km on track, behind only Michael Schumacher, Rubens Barrichello, Jenson Button, Fernando Alonso and Jarno Trulli.

Raikkonen and Alonso both walk away unhurt from big Lap 1 crash. In an incident that has since been cleared by the race stewards, both former World Champions were very lucky to remain unscathed after such a heavy impact. The Finn just about had track position on the first lap, but lost control of his Ferrari and tapped the McLaren as it was drawing up alongside. This triggered both cars to wildly spin out of control until they came to rest with the latter on top of the former in the barrier together. Replays showed how close Fernando Alonso’s sharp, side panel came to hitting Raikkonen’s helmet and despite three world titles and 462 race starts between them, they were both lucky that they did not suffer any serious injuries. Apart from that, their first lap retirements will do little to improve both men’s fortunes as they struggle through a difficult 2015 season. 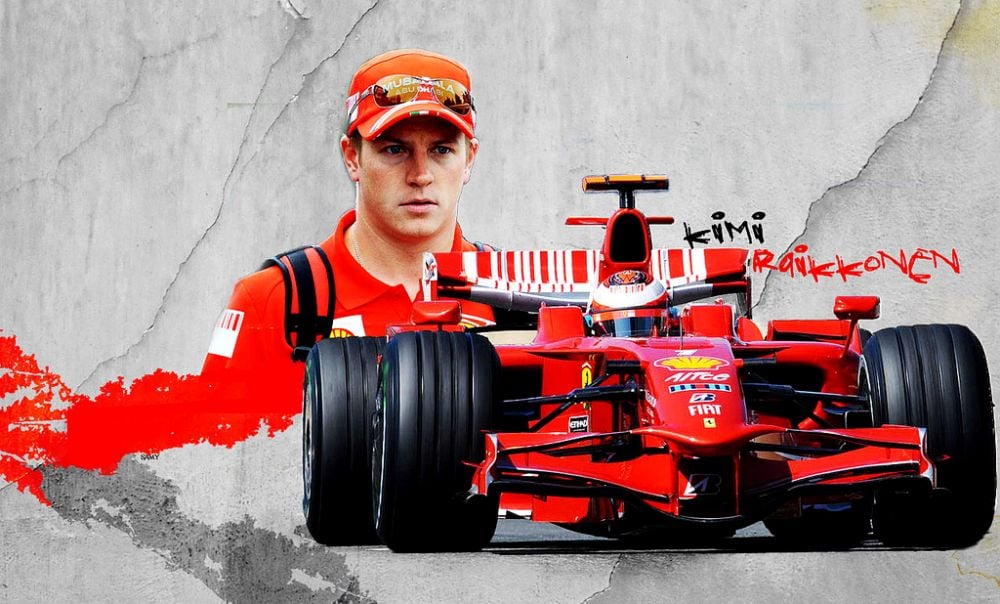 This is Kimi Raikkonen’s fifth season with Scuderia Ferrari in his second stint, via krplainb

Kimi is not having the best time of it at the moment, especially after a disastrous Austrian Grand Prix where he qualified in a lowly 18th place before crashing out on the first lap. There has been much speculation surrounding the 2007 World Champion’s place at Ferrari and based on this year’s results, it could be that 2015 is the Finn’s last year in Formula 1.

Raikkonen currently sits 4th in the driver’s world championship with 72 points behind Hamilton, Rosberg and Vettel, which doesn’t in itself sound too bad. However, it is when you start crunching the numbers that you start to see the bigger problem. In an identical car, he has been out-qualified by Vettel in seven out of the eight completed races this season and been beaten to the chequered flag by him in six. He’s managed a single podium compared to the German’s five and two DNF’s compared to none on the other side of the garage- this has resulted in a mighty 48 point deficit to his teammate.

Raikkonen now sits in a precarious position, only five points above Valtteri Bottas and 10 above Felipe Massa, so it is possibly that he could drop behind both of the Williams drivers should he have another poor weekend in England. And to stoke the fire a little more, his former team mate, Felipe Massa has said that most of Raikkonen’s problems are in his head, saying he struggles to deal with pressure when the heat is on… 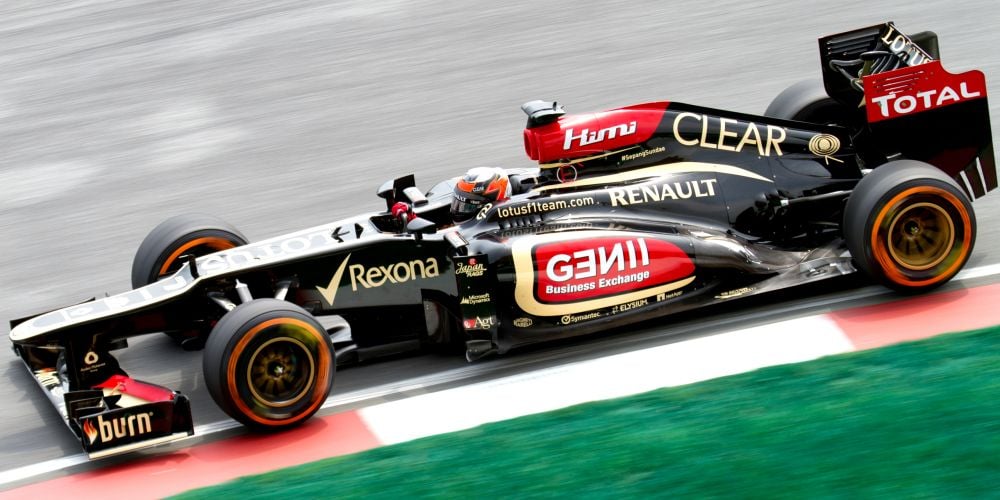 Kimi Raikkonen’s last race victory was in Australia 2013 for Lotus, via Morio

The ‘Iceman’ has had an illustrious Formula 1 career, racking up nearly 80 podiums and 20 race wins in 220 race starts. However, since his return to F1 after two years out in the World Rally Championship, he has only managed to add two race victories to his running total and languished in a disappointing 12th place in the driver standings last year for Ferrari. His contract runs out at the end of the year and it is yet to be seen whether the 35 year old will want to continue in the sport. Either way, it looks unlikely he will still have a seat at Ferrari who have already told him he must improve his form if he is to be retained in 2016.

Will Silverstone provide him with a platform to do so? Not if last year is anything to go by. The 2014 British Grand Prix was the first race since Monaco in 2000 to be red flagged on Lap 1 when Raikkonen caused a large crash, damaging the barriers and suspending the action for an hour before the race could restart. He’ll be hoping for markedly better this time around.

A racetrack that remains synonymous with F1, and has featured for over 60+ years has to develop and evolve with the times and demands though and Silverstone has done just that, relocating its pits, adding in a new chicane for overtaking opportunities and upgrading its facilities on and off the track. Despite this, Silverstone is still one of the fastest tracks on the calendar and will be for years to come with its contract currently secure until at least 2027. 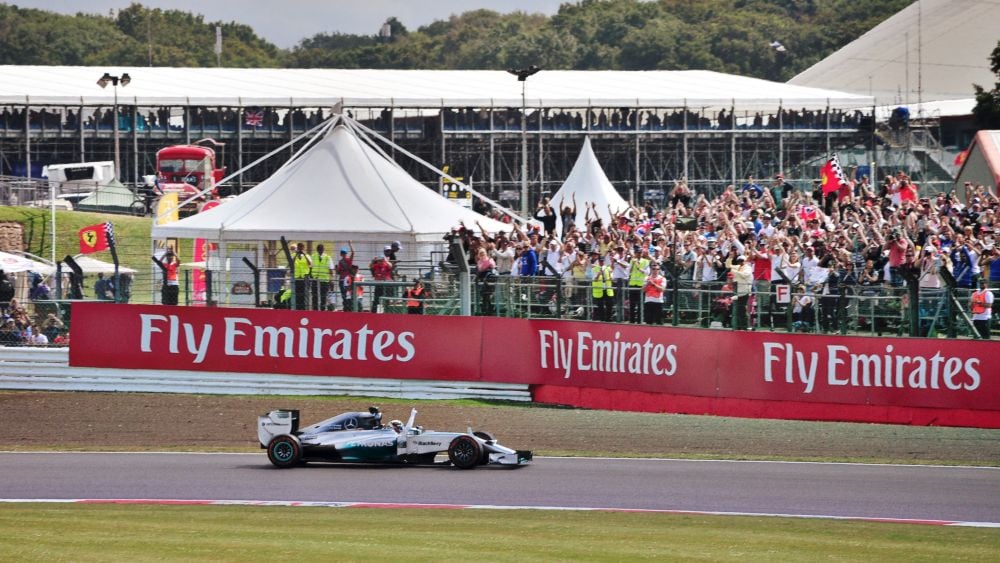 Lewis celebrates winning his home Grand Prix with his adoring fans at Silverstone in 2014, via pedrik

Lewis Hamilton has fond memories of the British Grand Prix- it is his home race after all and he has made it on to the podium four times already in his eight races, standing on the top step twice. He’s also narrowly missed out in fourth place on two more occasions, so you could say in his super competitive Mercedes this year, he’s more than a safe bet to be at the award ceremony come Sunday afternoon.

What is even more interesting though is that Lewis has managed his two British Grand Prix victories in his two world championship winning years. His followers will be hoping that the 2015 race and championship goes the same way as 2014, with Hamilton’s as no.1.

Another Brit who recently boldly said he might feature on the podium this weekend was McLaren’s Jenson Button. This was maybe a little ambitious seeing as the 2009 World Champion has never previously managed a home podium and his team have only managed one points finish so far out of a possible sixteen. He has now reverted to saying that just finishing the Grand Prix and getting a chance to wave to the fans in what might be his final home race will be a ‘moral victory’. 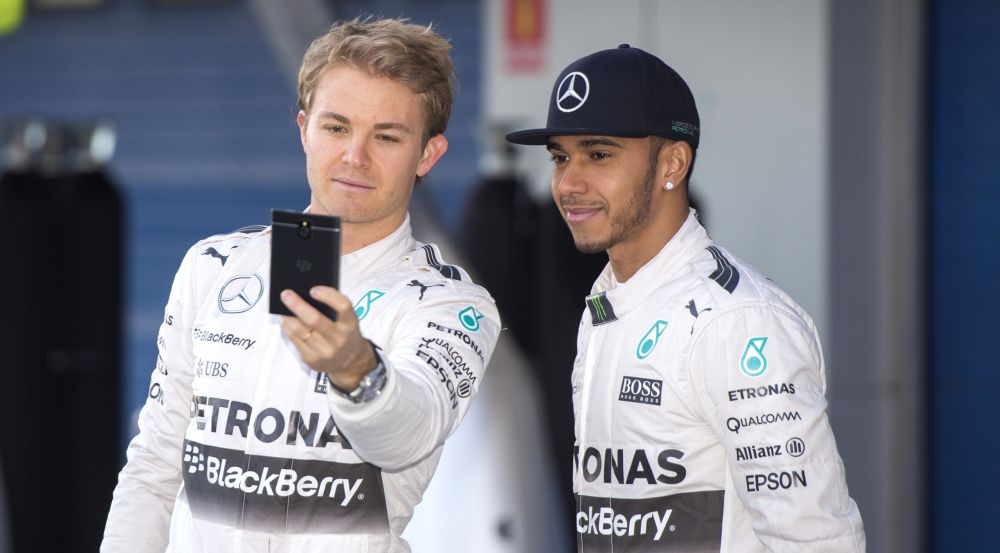 Nico and Lewis have won seven of the eight races so far in the 2015 championship.

If you go with the form guide, you’d say Nice Rosberg for the win. If you go with the historical data, Lewis Hamilton is your man. In some ways, it is testament to the German for dragging himself back into this title race that we now find it almost impossible to decide who might come out on top from week to week. Call it patriotism, but we’re going to go out on a limb and say that Lewis is going to grab this one, but maybe not through conventional means. Nico for pole, but he’s going to get struck down with some kind of bad luck that will prevent him from winning. Bad luck unfortunately catches up with every driver at some point and Nico is what you call “due”.

Behind them, Sebastian Vettel has been very quiet recently, so we would assume he will re-assert himself on the championship again here with a solid podium finish, with Valtteri Bottas close behind. Raikkonen will get his third DNF of the season to pile even more pressure on him and Felipe Massa will be there and there abouts as usual. Expect Red Bull to have a stronger weekend this time out as their aerodynamic strengths are better suited to the Silverstone track, both their drivers could be in the top 6.