The Austrian Grand Prix returns for its second year at the Red Bull Ring, but unfortunately the home team will be out of contention this time out, based on current engine performance. An eventful 2014 race weekend saw an unlikely pole sitter in Felipe Massa, a winner from the second row and Lewis power through the field after starting from ninth. So can 2015 kick up some more surprises? Hamilton will be hoping for his fifth victory this year and Nico Rosberg will hope that history repeats itself, but there are plenty behind them looking for valuable positions and points in Austria this weekend.

The Headlines from Canada

Hamilton makes it four from seven, with an easy poll-to-flag victory. The Brit was chased all the way by a speedy Nico Rosberg, but he never got close enough to chance his hand at an overtake and one feels that Lewis had more in the bag, should he have needed it. The Mercedes weren’t quite pushed as hard as they could have been due to Vettel starting in 18th place and Raikkonen taking a spin on Lap 27, so they were able to coast home to their fourth one-two of 2015. The win for Hamilton extends his drivers’ championship points’ advantage to 17 and Mercedes are now 105 points clear of their nearest rivals Ferrari. On a personal note, his 70 laps of dominance in Canada meant that he superseded Nigel Mansell as the Briton to have led the most race laps in Formula 1 history.

Bottas makes it onto the podium for the first time this season as Williams have strong weekend. Valtteri Bottas managed to convert his fourth place qualifying position into a third placed finish after overtaking fellow Finn, Kimi Raikkonen, who was unlucky to spin off at the hairpin in similar style to 2014. Felipe Massa had a very different race, qualifying way back in 15th place, but did well driving through the pack (much like Vettel) and ending up with a sixth placed finish. Their combined point’s haul of 23 was the best of any weekend yet this year for Williams, and a real turnaround from their poor (and pointless) performance in Monaco. 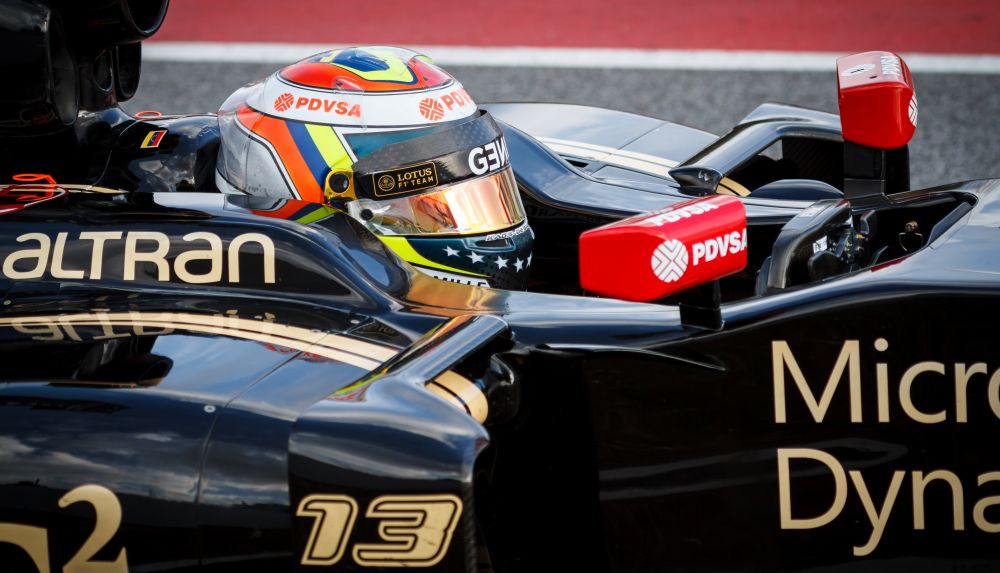 Lotus also come to the fore with their first double point’s finish and biggest haul of the season. The Lotus boys sealed seven points in Canada, one point more than they managed in both China and Bahrain when Romain Grosjean took six points from finishing seventh. On this occasion, it was Pastor Maldonado who got the lion’s share of the points, coming home seventh himself, although it could have been much more profitable for the team had Grosjean not dropped himself down from fifth to tenth on Lap 49. The Frenchman misjudged a routine lapping manoeuvre on Manor’s Will Stevens and picked up a puncture and a five second penalty post-race as a result of the incident. Lotus’ seven points in Canada allowed them to leapfrog both Sauber and Force India into fifth place in the constructor’s championship.

McLaren have another disastrous weekend, with neither driver finishing the race. Canada was supposed to be a continuation of their upturn in form, but with both drivers languishing towards the back of the field before retiring with reliability issues, it was anything but. Jenson Button, who gained McLaren their first points of the season by finishing eighth in Monaco, started from the back of the grid, had to serve a drive-through penalty in the opening three laps and then retired on Lap 55 to end a miserable weekend. Alonso only managed to qualify in 15th and struggled with fuel saving issues, venting his frustration over the radio by saying, “[the team are] looking like amateurs”, before having to also retire on Lap 45.

Has all the excitement been lost from F1?

The discussion at the forefront of the sport right now is whether races are exciting enough, whether audiences are getting their money’s worth and whether the drivers are actually being tested enough? The current era of F1 is being defined by the Pirelli tyres that are specifically designed to wear down with use and ‘fall off the cliff’ at a certain point. This has been done with the aim to force teams into making pit stops, but as a consequence has meant that drivers are continuously preserving their tyres, instead of racing the rubber off them. 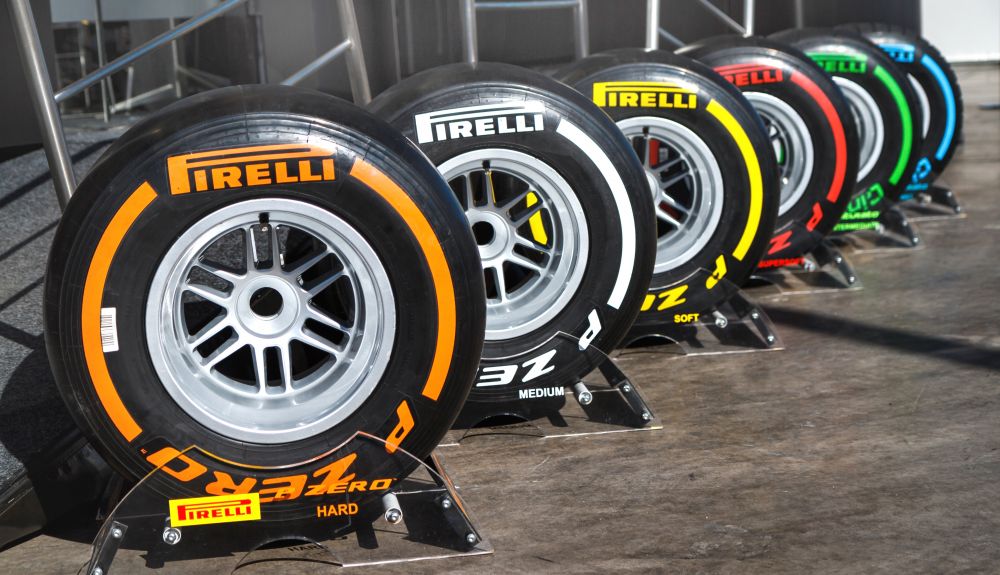 Alongside this, new fuel regulations limiting cars to 100kg of fuel during races and a maximum fuel-flow rate of 100kg per hour, has meant that F1 is now as much about ‘race management’ as it is about driving quickly. Fernando Alonso vented his frustration in Canada when continually asked by his engineers to ‘lift and coast’, but also maintain position against faster cars. Across the radio, he could be heard shouting, “I don’t want. I don’t want. Already I have big problems now. Driving with this and looking like amateurs. So I’d like to race and then I concentrate on the fuel.”

The ‘lift and coast’ phrase refers to when drivers lift off the throttle earlier in a heavy braking zone in order to slow the car down into a corner by coasting, instead of braking at the last possible point to go as quickly as the car will allow. Due to fuel and tyre degradation, ‘lift and coast’ has become an all too familiar phrase in the sport. There has been a lot of comment from drivers past and present that has added some heat to the debate.

Current leader in the World Championship, Lewis Hamilton, has said that despite the cars having more driver aids than ever before, with less power, it is not as easy as people may think, but lifting and coasting is “frustrating” and he would support refuelling again if it meant drivers could race flat out. Former double champion, Fernando Alonso has come out and said that he hasn’t been challenged “physically and mentally” in a car for 10 years now. But Mark Webber has gone even further by stating that the Pirelli tires and DRS system are ruining the sport, saying “drivers can get away with being 30% less fit”, and that F1 was always about cornering quickly, testing a driver’s courage, and that simply isn’t happening any more. 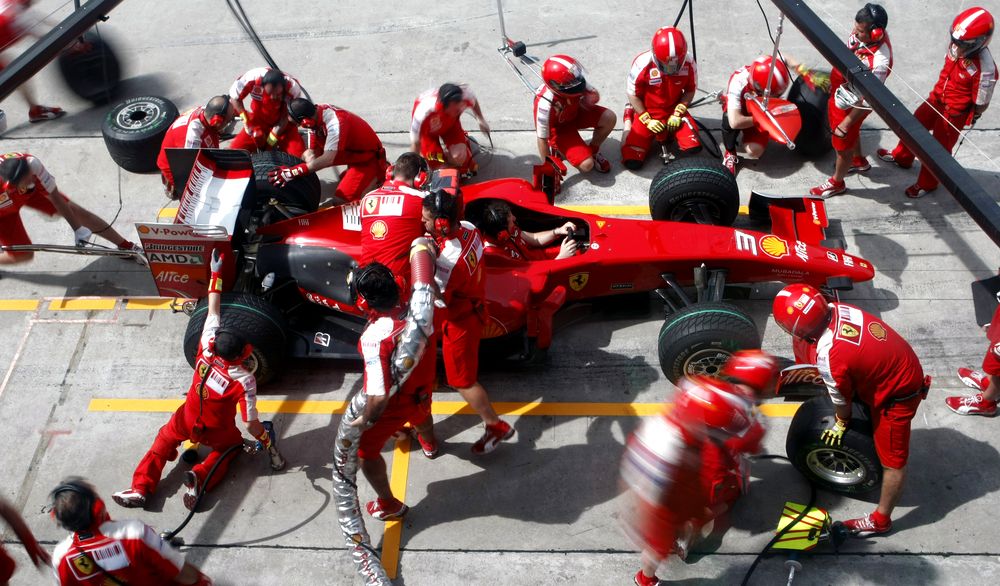 We recently brought you news about the FIA making plans to rejuvenate the sport by reintroducing refuelling and making cars up to six seconds faster by 2017. However, statistics prove that the years of 1994-2009 (the refuelling years) had fewer on-track overtaking manoeuvres than any other year since 1980, and, in 2010 when refuelling was removed, there was more than double the amount of overtakes on track compared to the previous year. The FIA have also since been overruled by the teams on their plans as they have investigated the effects of refuelling returning and found these would be almost entirely negative.

So what is the solution to make racing more entertaining again? Well Michelin have submitted a bid to be the sport’s tyre provider from 2017 onwards with a plan for, “high-technology tyres lasting with good grip”, but Bernie Eccelstone has already privately told teams he expects Pirelli to have its contract renewed. Refuelling currently looks dead in the water, and fuel-saving is unlikely to be radically changed in a new era of austerity and environmental awareness, so maybe F1 should instead look to the future instead of back at its past. Come up with a more eco-friendly, fuel efficient engines that harnesses the power generated by electric motors and then less fuel will be required, reducing weight. Add in tyres that deteriorate slowly over approximately half a race distance to ensure that drivers can drive quickly, but will be forced into pitting at least once and you have a good compromise. Oh and it might be time for the decision maker, Bernie someone to step aside and let someone else take us in a new direction…

This will be the second year that Formula 1 has visited the 4.326 kilometre Red Bull Ring in Spielberg (formerly known as the A1-Ring and the Österreichring in previous incarnations), after a ten year absence between 2003-2013. Last year’s race was won by Nico Rosberg, ahead of team mate Lewis Hamilton, despite Williams getting a front row lock out and Felipe Massa starting on his first pole since 2008.

The Austrian Grand Prix has proved controversial over the years with plenty of action and unpredictable winners. Memorable races include the 1975 Grand Prix which is famed for Vittorio Brambilla becoming the only driver in history to win a Grand Prix by crossing the line backwards. The Italian span uncontrollably over the line as the race was shortened due to torrential weather conditions, smashing the front of his car in the process. He did, however, manage to complete his slowing down lap afterwards, cruising round, waving to the crowd with the nose hanging off the front of his car. Then, of course, there was Michael Schumacher’s ‘win’ in 2002, when team mate Rubens Barrichello was ordered to slow down and let him overtake just metres away from the finish line. 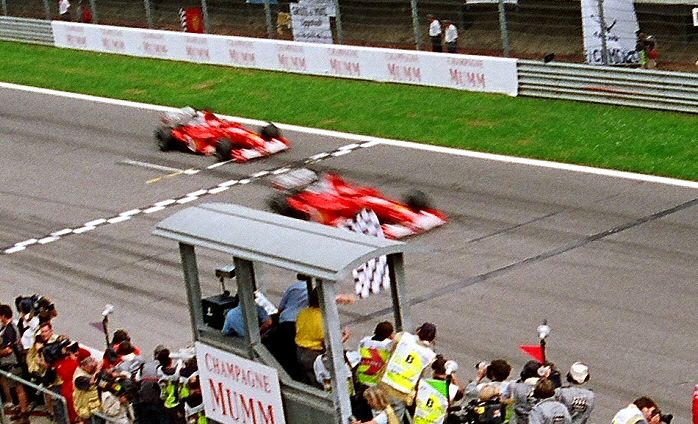 Even Niki Lauder only managed victory in Spielberg once, eventually winning his home Grand prix in 1984, 10 years after entering Formula 1 with Ferrari. In regards to multiple winners, only five men have managed that feat; Michael Schumacher (with some help), Mika Hakkinen, Alan Jones and Ronnie Peterson all managed two, whilst Alain Prost stands alone with three wins. Nico Rosberg has a chance to add his name to that elite list, no other current driver can claim to have won the Austrian Grand Prix, yet.

Fernando Alonso could face a 20 place grid penalty in Austria due to engine supplier Honda exceeding the number of changes it is allowed to make to his car in order to improve reliability. Both Red Bull drivers and Jenson Button could suffer a similar fate with grid penalties as the two teams have opted to take their punishments round a track where they are expected to struggle due to poor power output from their respective engines. Rather that, than at Silverstone in two weeks’ time where they could both be much more competitive. Don’t expect great things from any of these four racers this weekend. 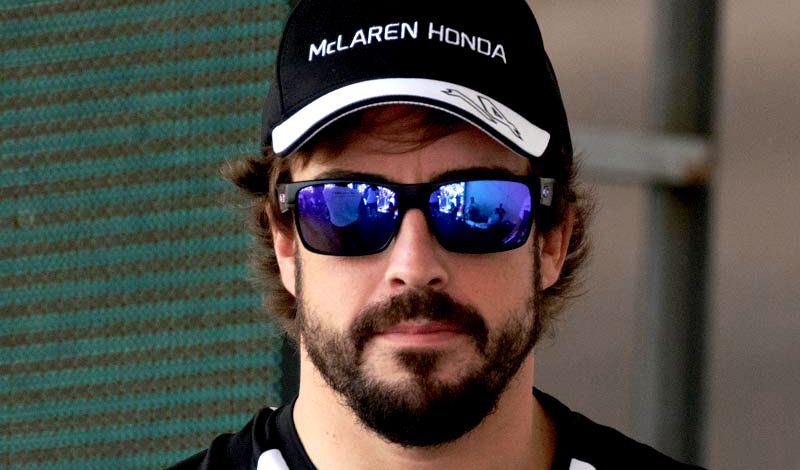 Closer to the front, expect Nico Hulkenberg to be on blistering form, buoyed by his recent LeMans victory, or to be full of errors as his exploits at the endurance race catch up with him. With McLaren and RedBull suffering, expect the Lotus and Torro Rosso boys to all finish strongly and gain some much needed points in the battle for supremacy in the constructor’s championship.

At the front, it will be interesting to see if Williams, who have form around the Red Bull Ring manage to get any closer to the Ferrari’s and Mercedes’. Also, will the Ferrari engine and aerodynamic upgrades that we didn’t get to see the full benefits of in Canada give them enough round a track with short corners and long straights to overhaul the Silver Arrows?

Our prediction goes as follows: Vettel to win, Rosberg and Bottas to complete the podium. Hamilton gets his first DNF of the season after reliability issues strike and so Raikkonen and Massa make up the rest of the top five. Hulkenberg, Grosjean, Verstappen, Maldonado and Carlos Sainz Jr to complete the Top 10 come the end of the race.