Lamborghini has presented the new Aventador SVJ Roadster at this year’s Geneva Motor Show. The open-air version of its coupe brother will be limited to only 800 units worldwide and can be yours for £388,000.

The SVJ Roadster comes with many impressive numbers, as per Aventador family best traditions. It is equipped with the army of 770 horses (or rather raging bulls), can rocket towards the 62 miles mark in 2.9 seconds and, if you push little harder, it will keep going until the meter shows 217mph.

Benchmark performance comes from the most powerful series production V12-engined car produced to date by Lamborghini, outputting 770 hp at maximum 8,500 rpm. The SVJ Roadster delivers 720 Nm of torque at 6,750 rpm, with a weight-to-power ratio of 2.05 kg/hp.

Lamborghini says: “The high-mounted lightweight naked exhaust produces the most emotive sound from the SVJ Roadster’s engine, adding to the experience of the roadster’s occupants.” This is probably the most polite, Italian way of saying it will turn all heads on, and on a side of the road when passing by.

Two roof panels, constructed from high pressure RTM carbon fibre, are removable via quick release levers in the cabin, and securely stored under the front hood. Weighing less than 6 kg each, they only add 50 kg to the SVJ’s coupe sibling weight.

Lamborghini promises that by opening the roof, SVJ’s tricky active aerodynamics will be preserved and, according to engineers based at the Sant’Agata’s factory, the downforce actually increases by 40 per cent when compared with the older Aventador SV Roadster.

The SVJ roadster that is being shown in Geneva is finished in a spectacular new colour. It’s a matte brown called Bronzo Zenas, and it’s complemented by accents in Bianco Phanes (white) that emphasizes the Aventador’s fighter-jet-like lines. The interior is a pure white, one of nearly 350 colours offered through Lambo’s customization program.

Prices start from £387,988  in the UK, which make the Italian drop-top costlier than the coupe which goes for £360,000. This is before Lamborghini’s Ad Personam customisation programme comes into play. 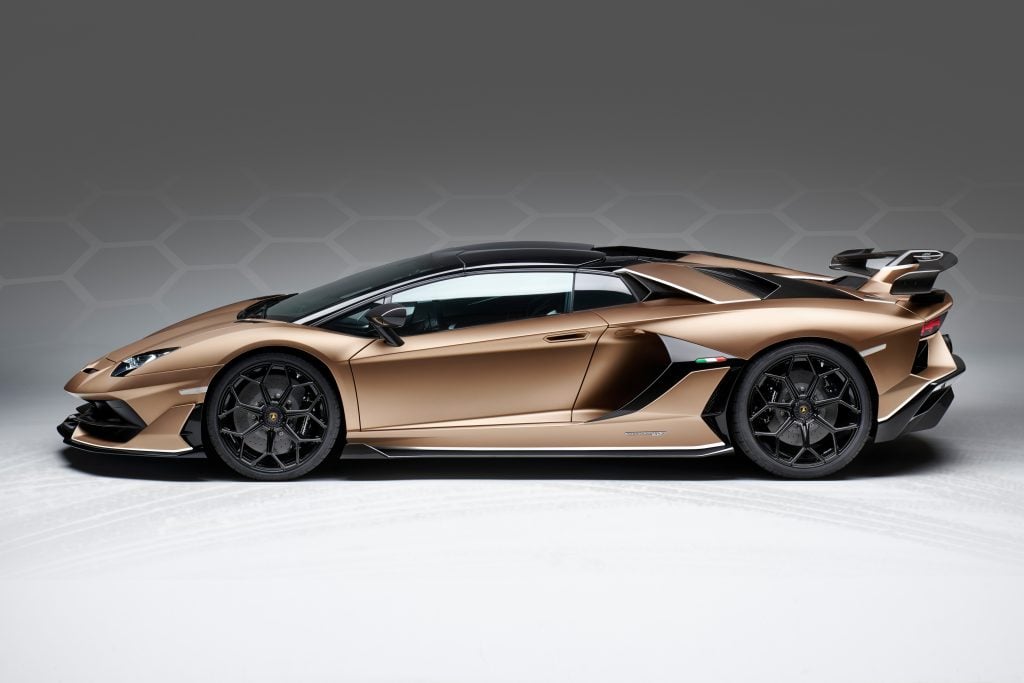 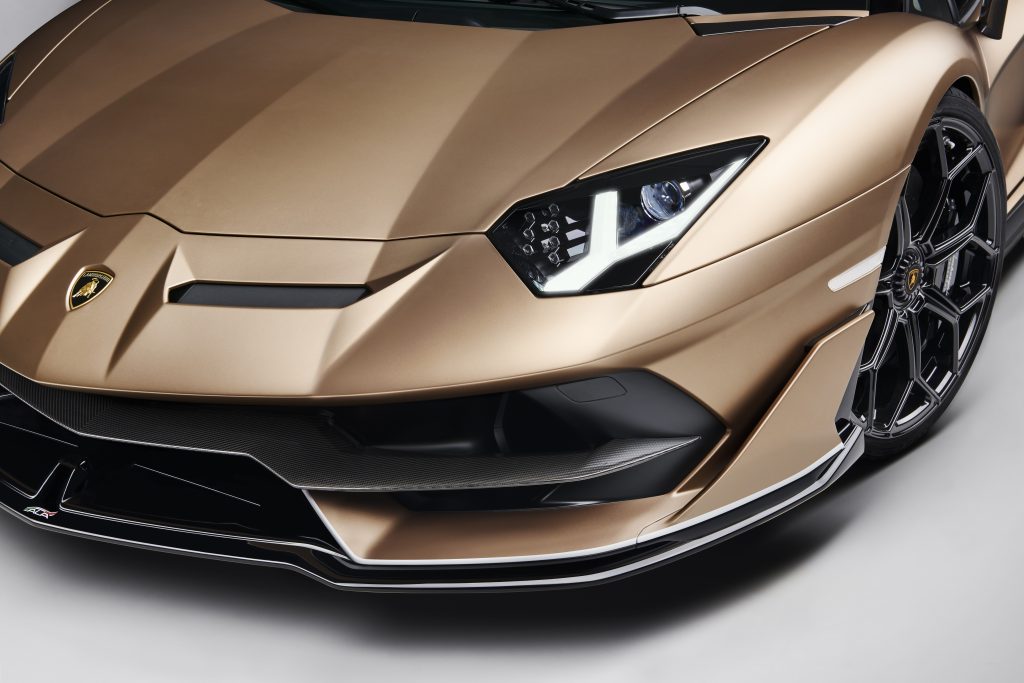 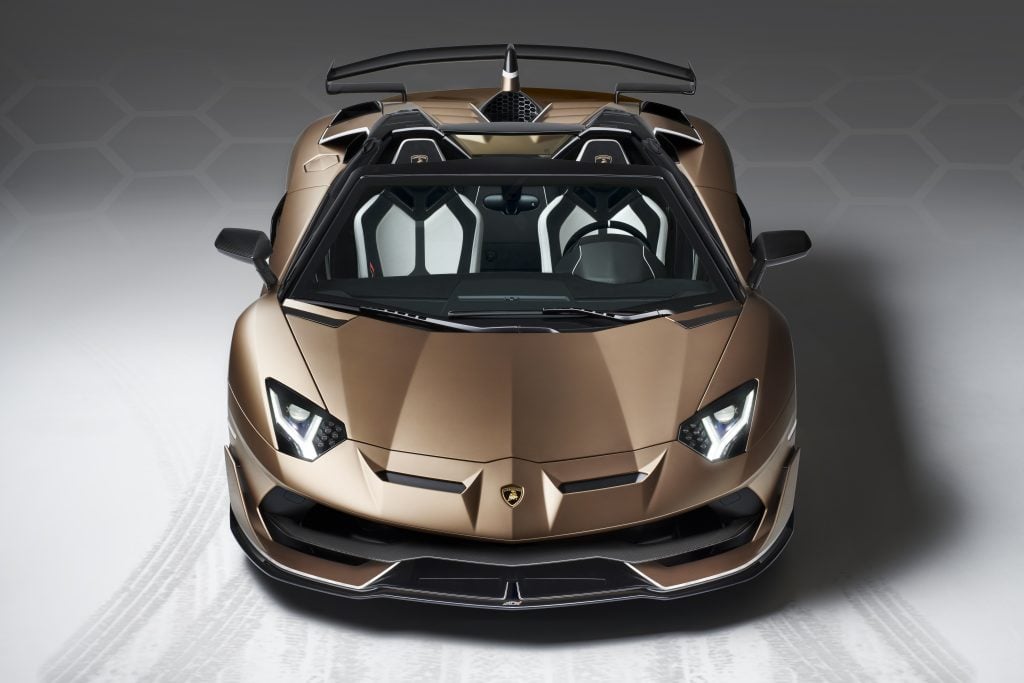 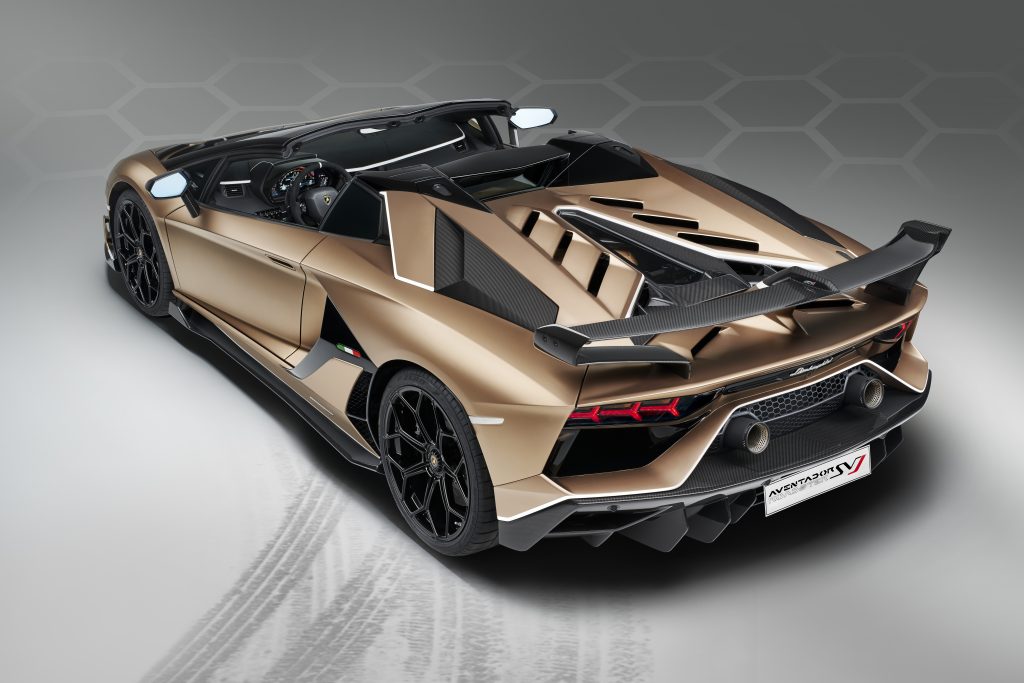 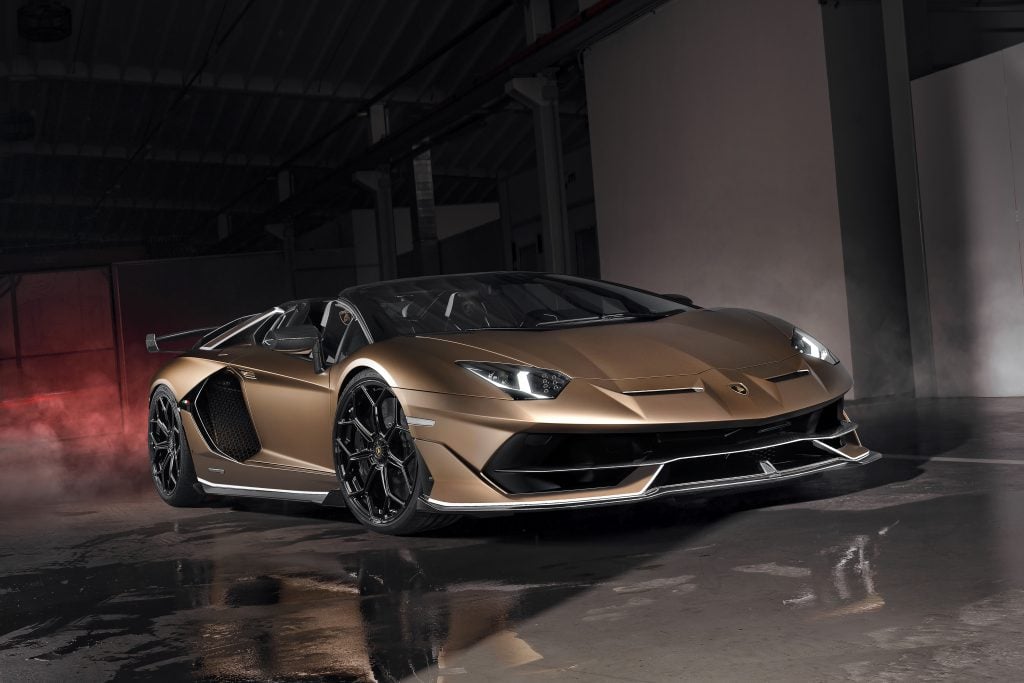 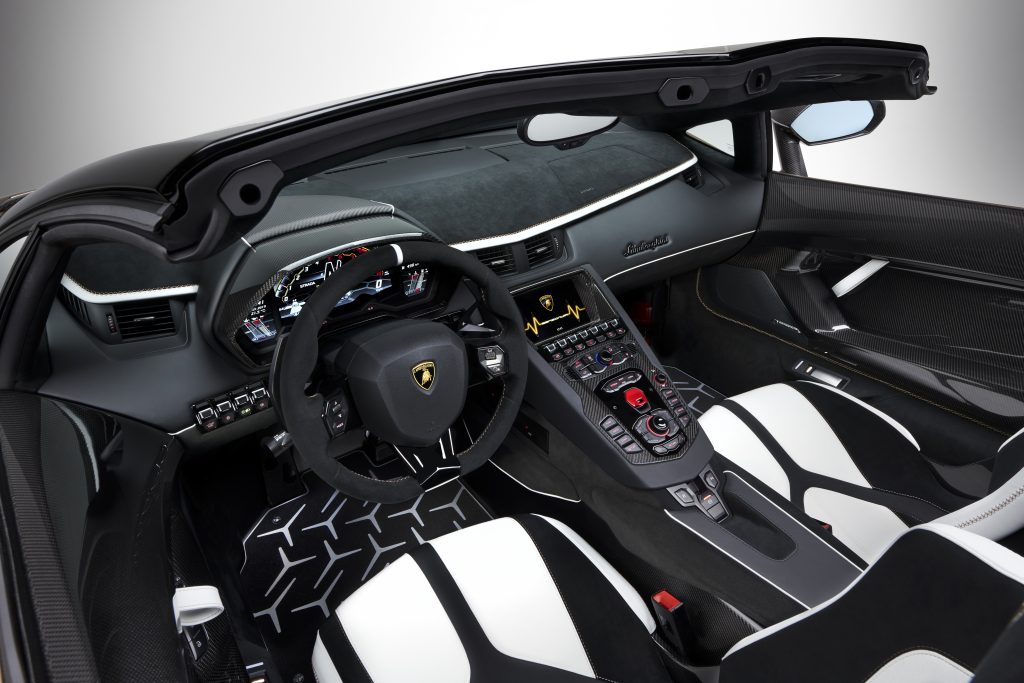 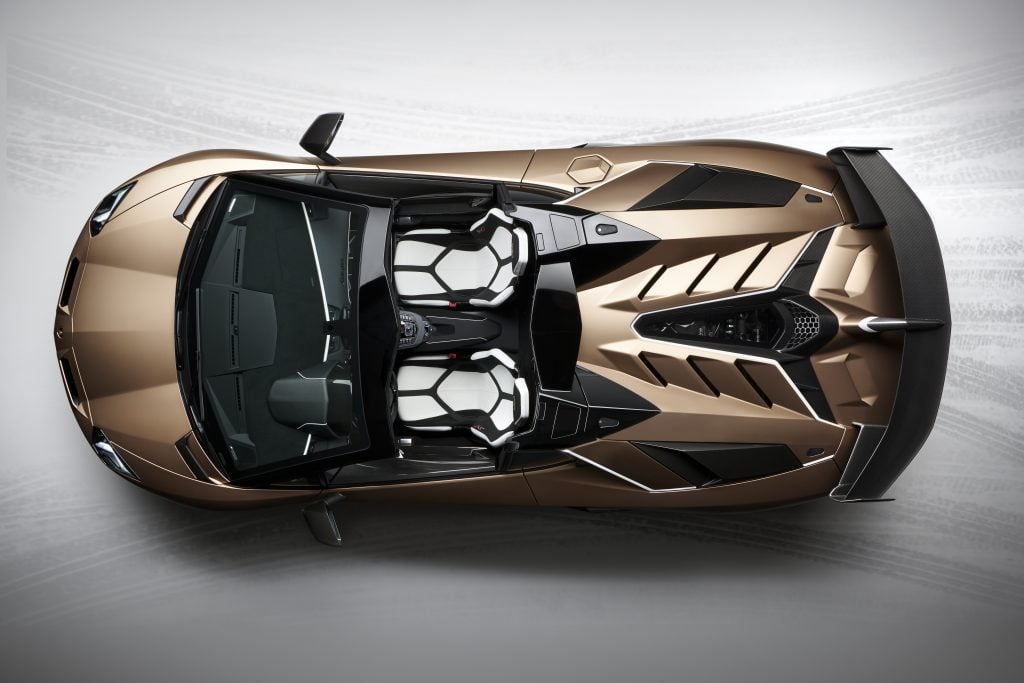 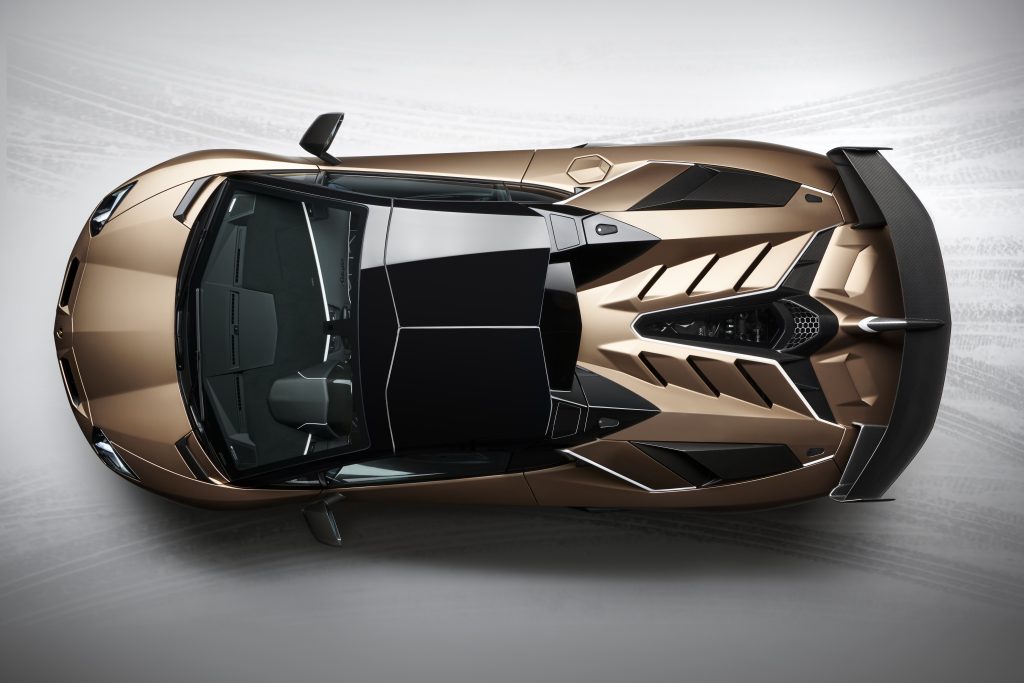