Many 360 owners are looking for an effective way to amplify and slightly change their car’s engine sound. Let’s be honest, on low revs the car sounds pretty “humble.” However, the same owners know exactly how amazing the same V8 sounds when they go above 4000 rpm. And some want this all the time! 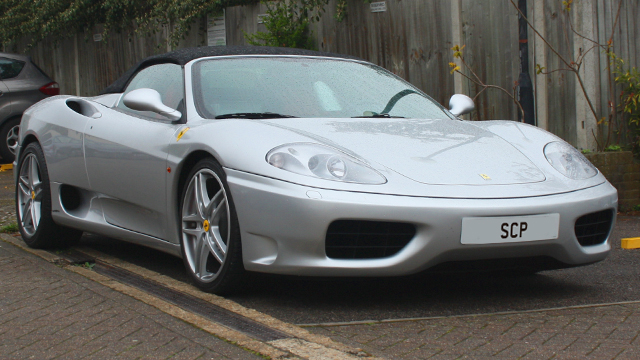 Ferrari owners forums have multiple threads about quite subdued engine sounds at idle or when driving at low rpm. That said, the Ferrari 360 sounds reasonable when pushed to the rev limits. Its throaty, growly tone turn heads even if it’s not an especially “nice” sound. The real issue is that they do not often have a chance to push the cars to the limit and allow the engine to emit its soundtrack to the world.

Owner’s forums are also not short of suggestions. They even include quite drastic manipulations of the exhaust valve systems, quoting that unplugging the vacuum-lines down to the vales and jamming them open with cable ties will help.  The truth is, the car still sounds subdued and rather “gruff” even as the revs rise – the home-made solution on a very expensive and complex supercar hasn’t helped. 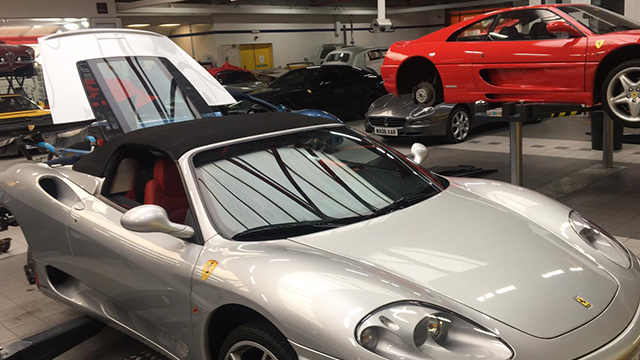 We, of course, do not suggest any of these DIY ideas to be implemented on your prized 360s. Our solution is about quality – and we’ve experienced great success with it for many of our 360 customers: 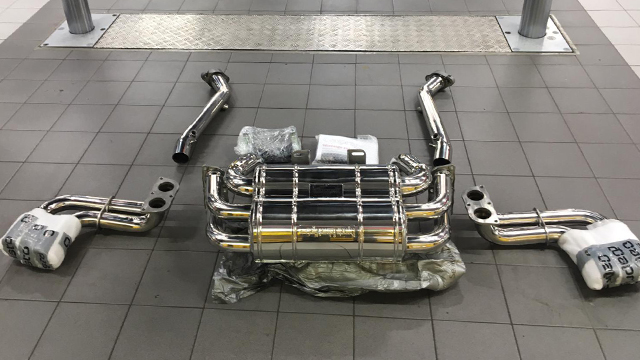 The valve-less system we suggest, allows gasses to flow freely through the silencer with no valves. It’s made of stainless steel, which, thanks to its lightweight construction, helps to shed a few pounds on the 360 as well.

The exhaust is available in three versions: Level 1, 2 and 3. They all produce a lovely high pitched old-F1-scream, but they simply vary by volume. The system marked with number 3 is the most aggressive – designed for owners wanting the most outrageous sound all the time. It’s not for everyone. In fact, we normally recommend the Level 2 – this system, with a more moderate volume, is the most popular option amongst Ferrari 360 owners.

Capristo then adds an especially developed spring mounted bracket, which allows much more expansion movement to the exhaust, preventing cracking from rigid-mounting-stresses.

Also possible is an upgrade to the OEM catalytic converters. Many options are available on the market, however, our recommendation is to replace these with either a set of 200 cells sports cats or test pipes from Capristo as well.

For this example, the owner wanted maximal sound and excitement, so we recommended lightweight (again made from stainless steel) test pipes replacing the heavy OEM catalytic converters. Using this set of pipes removes the flow restriction a catalytic converter places on an exhaust gasses, slightly increasing the horsepower (+23hp with the Capristo exhaust downstream) 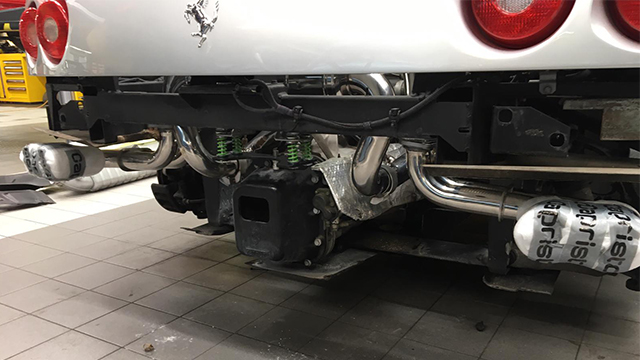 So, what is the effect? The owners who already installed this upgrade in their vehicles are astonished. This quote below is just one of the examples you might find on Capristo website, however, it is also duly confirmed and signed by both hands of all our customers.

“Fitment is as good as factory if not better; install was very straight forward and easy; tail pipes lined up perfect without any fiddling around. Sound level in the cabin is unbelievably refined. No drone at all.

Quiet enough to hold a conversation with a passenger while doing 85mph down the highway; but still manages to sound like a straight F1 car when you are outside the car and hear it.

I don’t really have words for the contrast between how refined it sounds when you are in the cabin vs how over the top amazing it is when you hear it from the outside; it blows my mind.”

If this review doesn’t convince you, we suggest watching the below video from our installation.

PS. Unfortunately, despite all efforts our MIC couldn’t quite capture the amazing high pitched tone from the exhaust.