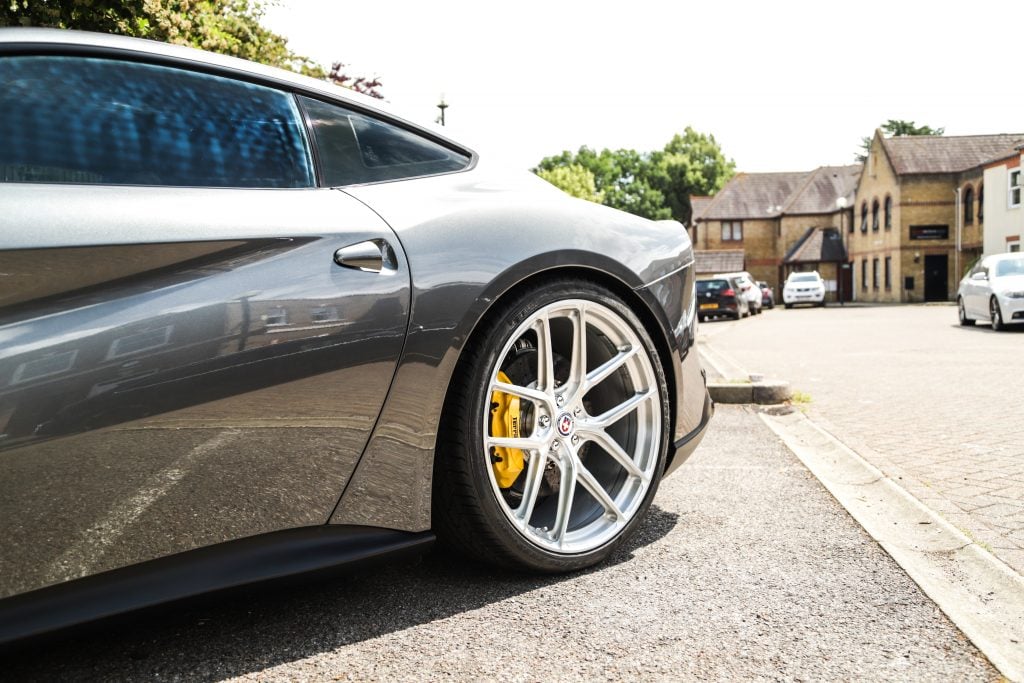 The Ferrari F12 is a titan – we defy you to find anyone that isn’t impressed by it in some way, whether it speaks to your soul or merely just gets an approving nod. From a technical perspective this car changed the GT market forever…and rightly so!

The stats on their own look as though they’re off a fairly unhinged petrolhead’s Christmas wish-list for their dream supercar. A 6.3L V12, mated to a 7 speed DCT transmission putting out 730hp and 690Nm…this really is the stuff of dreams.

But when your dreams become reality, where do you go from there?

This is a quandary we find many of our customers are faced with, they have finally purchased their dream car…but it doesn’t quite scratch the itch they thought it would. The reality is that (as we mentioned in our last blog post) the car is built to meet global homologation regulations, this in turn means the car is quite muted from factory in a number of ways. 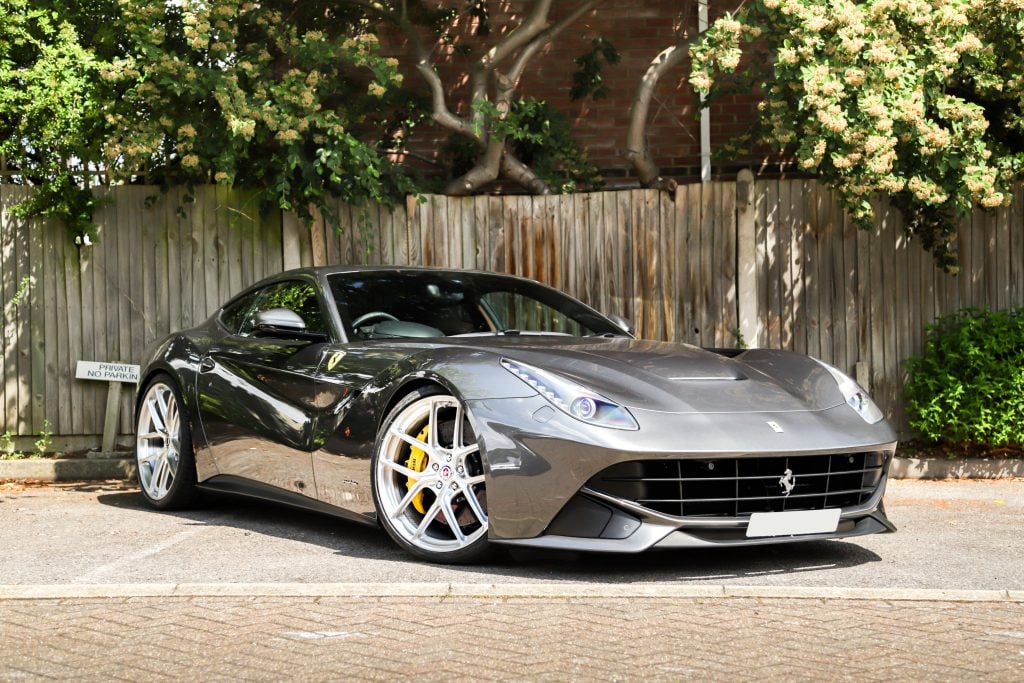 We won’t go too in depth about suspension as out previous few blog posts have given a solid technical overview, but in a nutshell – the Novitec sport springs are variable rate, what this means is that ride comfort is not affected and you’ll only really notice the difference when the car is under extreme load when braking, accelerating or cornering.

One CRUCIAL difference between previous cars we’ve written about and this is that this customer opted for the Novitec Sport Springs and Suspension Lift. This allowed us to lower the car in a more extreme manner than previous cars while retaining our client’s ability to take on speedbumps/inclines without any trouble. 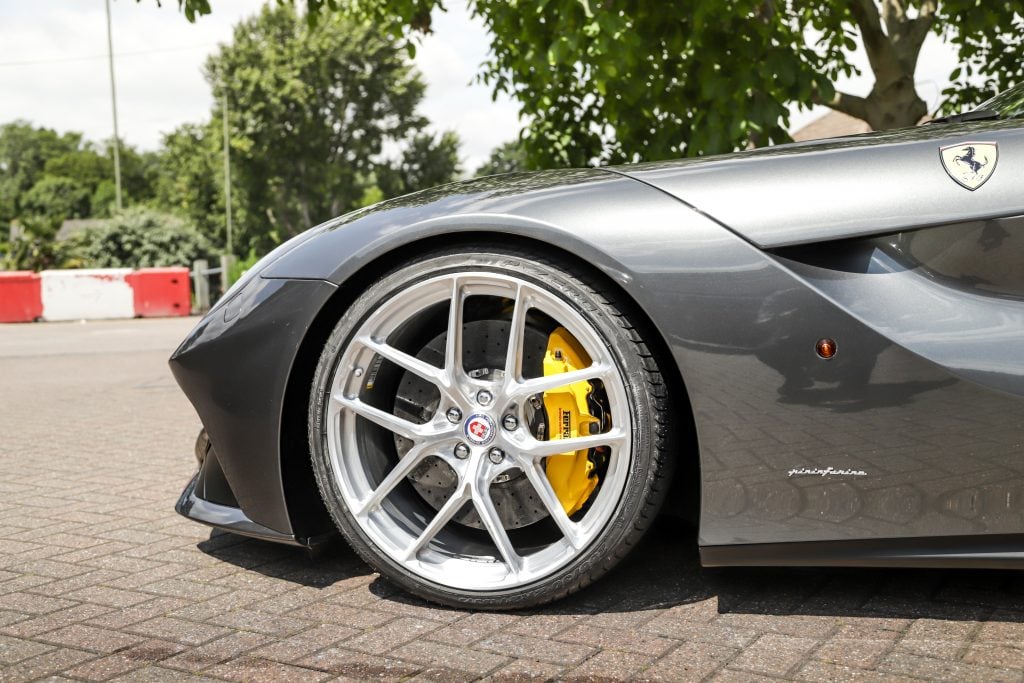 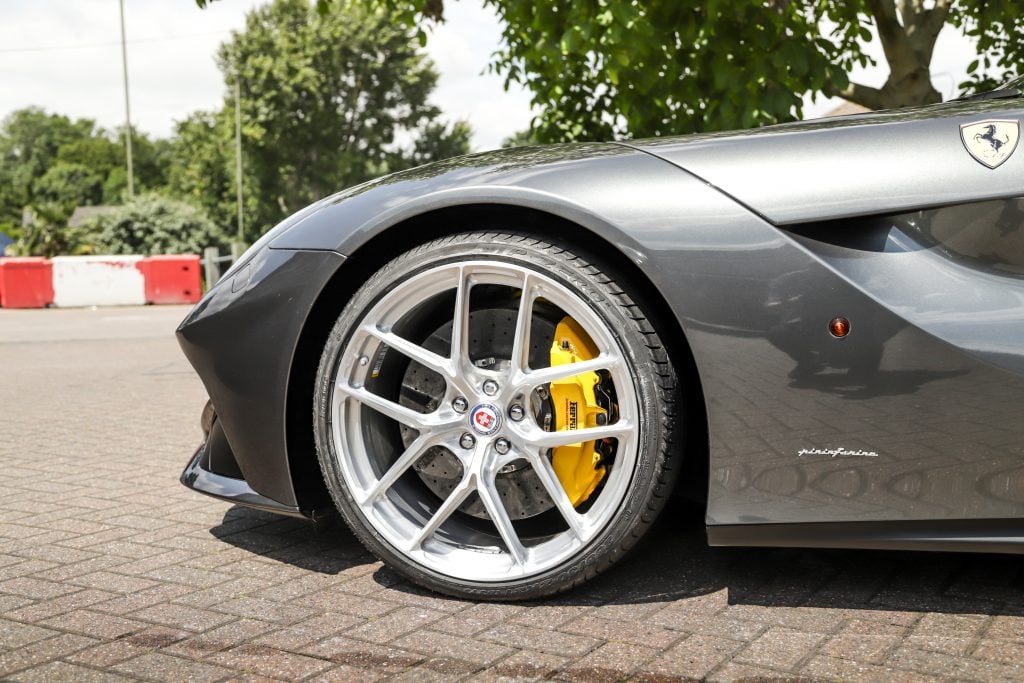 The system features a pump in the rear of the car and a button mounted underneath the central bridge.

The system from Ferrari sounds GREAT when you’re going at prison speeds…anything below that and you just don’t get all that much from it. The valves only open under extreme acceleration and left to its own devices the car will be in 7th gear by the time you get to 30mph…a ferocious experience this is not.

Over the last few years we have developed a really impactful, cost effective method to replace the exhaust system for something that sounds good at ALL speeds.

Step one – Novitec back box.

This unit is fantastic, it augments the exhaust note in such a way as to make it absolutely vicious but still beautiful. It does not fall into the LOUD MEANS GOOD trap that many other brands seem to have been sucked into.

When you blend exhaust flow from two banks of the V12 in an X configuration, this has the effect of lifting the pitch of the exhaust note.  Set aside volume, this higher pitch gives the car a much more aggressive “motorsport-style” scream. This is exactly what we’re after.

The valves will still open using the OEM “Load request” functionality (basically it measures speed, RPM and throttle input and decides if it needs to open the valves), however, you will be able to manually override that with the remote provided. Again, this allows you flexibility in terms of early/late starts or motorway journey comfort.

We have sold many, MANY a system of this configuration – we have offered a full money back guarantee on every single one and you know what?…we’ve never been taken up on it, make of that what you will! 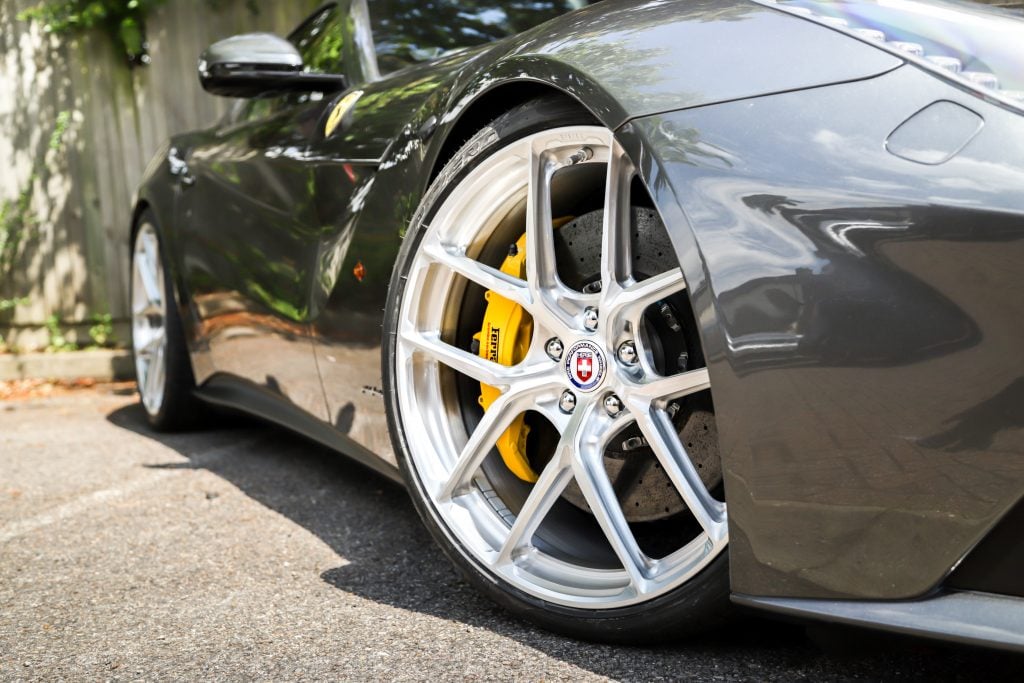 The final mod we made to this car was a set of absolutely BEAUTIFUL forged wheels from HRE, specifically the HRE P101SC finished in brushed silver. The car now wears 21” in the front and 22” in the rear. We always pair larger wheels with lowering springs to help make sure that the cars wheel arches look properly filled – often putting larger wheels on a car and leaving the suspension as is tends to make the car look awkward and underwheeled. 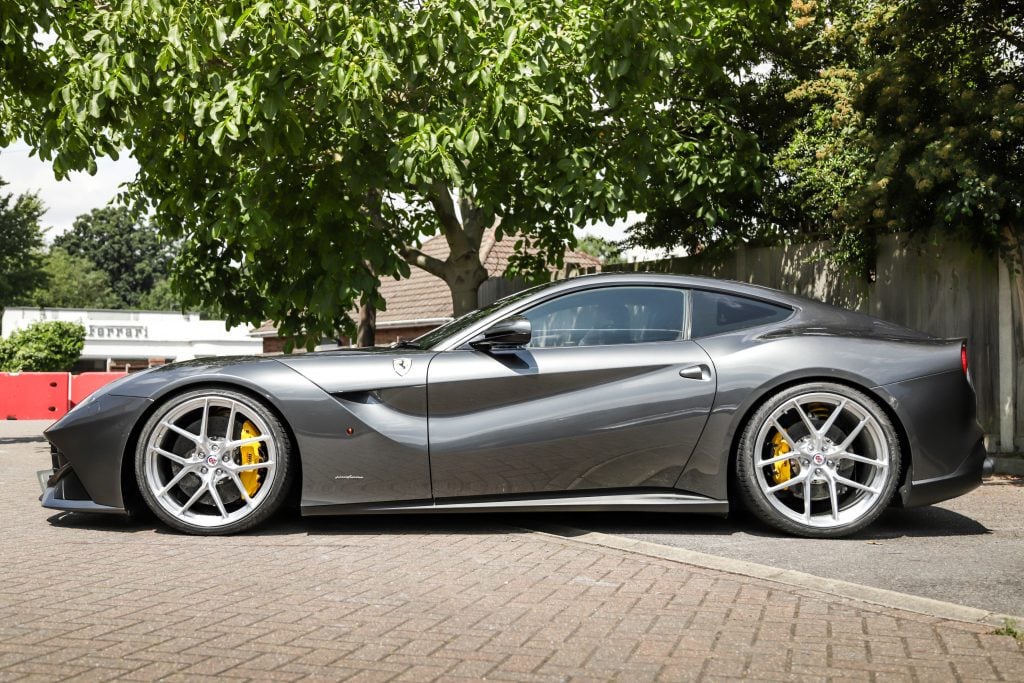 We filmed a walk around of the customer’s car that you can watch below where we talk in depth about the suspension, lifter kit, wheels and exhaust!