Novitec N-Largo adds 14 centimetres to the width, but also captivates with its aerodynamic efficiency. The larger fender wells offer space for NF 10 NL hi-tech forged wheels, which thanks to their different diameters of 21 and 22 inches on the front and rear axle emphasise the wedge shape of the powerful sports car. Further features include a revised suspension with Front Lift system and a performance upgrade for the V12 to 618 kW / 840 hp, which slings the exclusive two-seater from rest to 100 km/h in just 2.8 seconds while raising the top speed to 345 km/h. 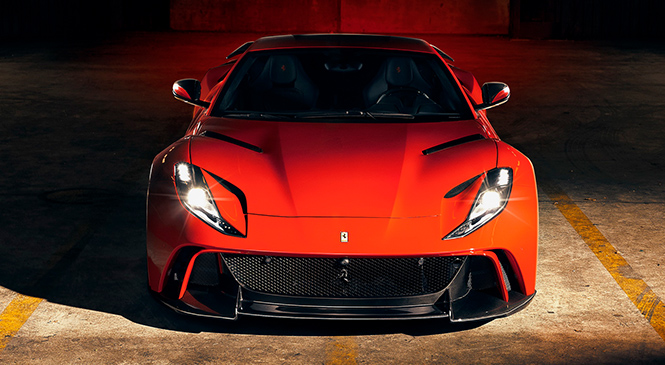 Novitec N-Largo. Under this label, German tuning specialists develop and produce spectacular widebody versions for the world’s most thrilling supercars, which always sell out in weeks or not days since the official launch. The latest creation is the elaborate N-Largo bodywork modification for the Ferrari 812 Superfast. 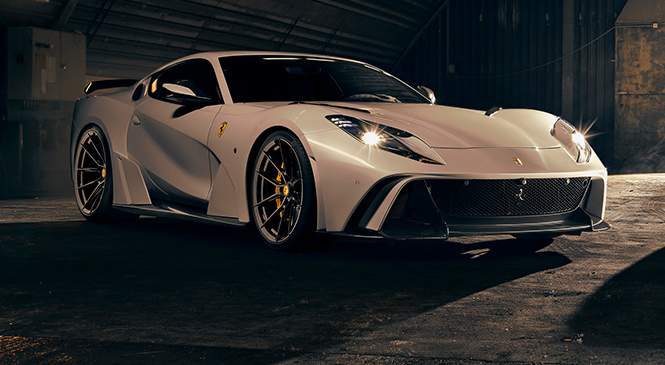 An hourglass shape is achieved in connection with the front fenders, which like the rear fenders are aerodynamically inspired by the current Formula 1 bolide. Vertical bargeboards were positioned aft of the front as well as ahead of the rear fender wells to route the airflow to the rear. The wider front fenders, which replace the production components, add seven centimetres to the width of the vehicle at the front axle. To achieve a pronounced wedge-shaped appearance, size 10Jx21 wheels with likewise concave shaped wheel spiders were designed specifically for this powerful sports car. Novitec chose tires of size 275/30 ZR 21 as the perfect solution. 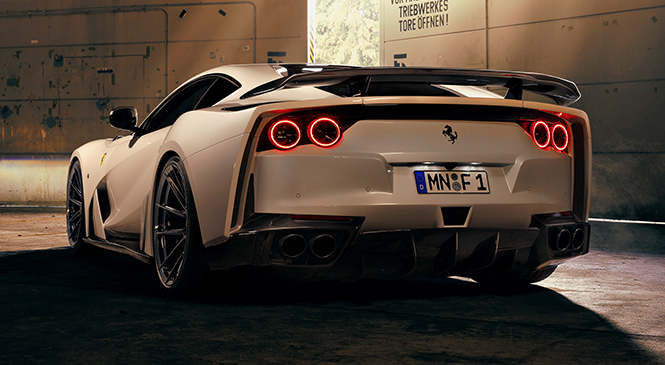 Naked-carbon rocker panels are available with a choice of matte or high-gloss finish, to ensure the air flows between the fenders at the front and rear axle without turbulences.

The fascia and spoilers of this special model play a key role in the aerodynamics and looks of the vehicle, of course. Front and rear fascia, which replace the production bumpers, were re-sculpted not only to fit the fender flares. The front fascia and the naked-carbon central front spoiler are shaped to lend the two-seater a markedly aggressive front view. Moreover the shape optimised in the wind tunnel reduces aerodynamic lift, which further elevates the handling stability. 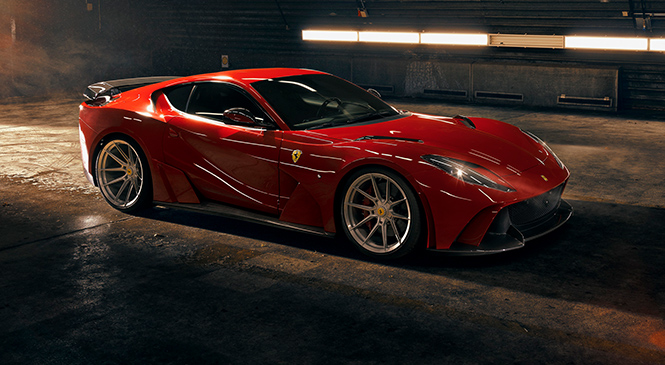 The hood is given an even more striking appearance with the new surrounds for the air vents on the left and right. More detail work to the vehicle body was done with carbon mouldings for the side mirrors.

The combination of diffuser and the new fascia is not the only thing that catches the eye at the rear of the vehicle. The large rear wing, which airflow is further optimised with carbon separation edges on the side flare vents, generates additional aerodynamic downforce at high speeds. The discreet roof spoiler lip, which like the other aerodynamic-enhancement components is likewise available with a naked-carbon finish, optimises the airflow over the wing and lends the sports car full-blooded racing looks. 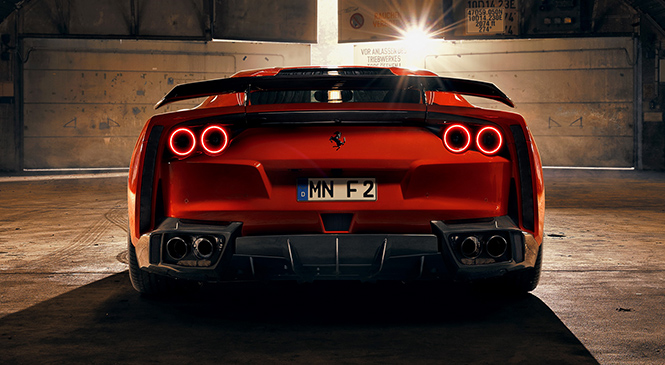 To round off the appearance of the Novitec special model and further boost the handling dynamics, the tuning specialists install sport springs to lower the ride height of the vehicle by about 35 millimetres. The optional Front Lift system on the front axle allows navigating steep parking garage ramps or speed tables more easily and without contact. The hydraulic height adjustment raises the front axle by about 40 millimetres at the touch of a button. The vehicle reverts to the original driving position at another touch of the button or automatically upon reaching a speed of 80 km/h.

To match the spectacular appearance, German engineers are currently developing a performance upgrade for the naturally-aspirated 6.5-litre four-valve twelve-cylinder engine. New mapping for the engine control unit is being programmed using elaborate test bench runs and testing on the racetrack and on the road. With an output of 618 kW / 840 hp at 8,750 rpm and a peak torque increased to 751 Nm at 7,300 rpm, the new N-LARGO offers yet further enhanced driving dynamics: With this tuning, the sprint from 0 – 100 km/h takes a mere 2.8 seconds. The top speed is 345 km/h. 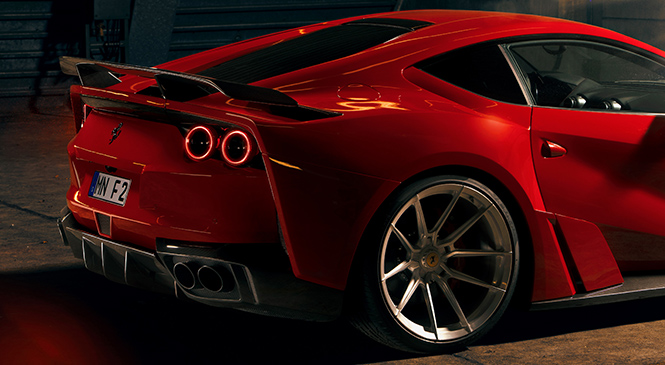 Installing a high-performance quad exhaust system, which is available with or without actively controlled exhaust flaps, reduces the exhaust backpressure and consequently optimises the power delivery. In addition, it produces a V12 exhaust note that fully does justice to the spectacular appearance of this sports car. Depending on the selected variant, stainless or INCONEL, the same material the exhausts of the Formula 1 cars are made from. The system is also especially light: compared with the production exhaust, it saves up to eleven kilograms in weight.