So we’re mid-way through the 2015 season, 10 races down of 19 and it’s time to draw breath. After a slow start in Melbourne (where Marussia didn’t make the grid, and two cars couldn’t even make it through the formation lap), things have really starting to heat up in the last two races. Lewis Hamilton is deservedly leading the championship after 9 pole positions and 5 race wins, but after a catastrophic Hungarian Grand Prix, he almost went into the break with a deficit to team-mate Nico Rosberg. Ferrari have been the surprise performers, Toro Rosso and their young drivers have been a breath of fresh air and McLaren have finally started getting some points on the board.

How the season has unfolded so far…

Lewis Hamilton– Lewis Hamilton leads the Driver’s Championship on 202 points, 21 points ahead of team mate Nico Rosberg after a dominant first half of the season. He has grabbed pole position on all but one occasion and won half of the races so far this year. If it wasn’t for a dreadfully bad tactical error by his team in Monaco and a poor getaway in Hungary, he could quite easily be looking at an even greater point’s advantage. By far the best performer of the season and deserved Championship leader. It would be a brave man who bet against Lewis making it back-to-back world titles this year. 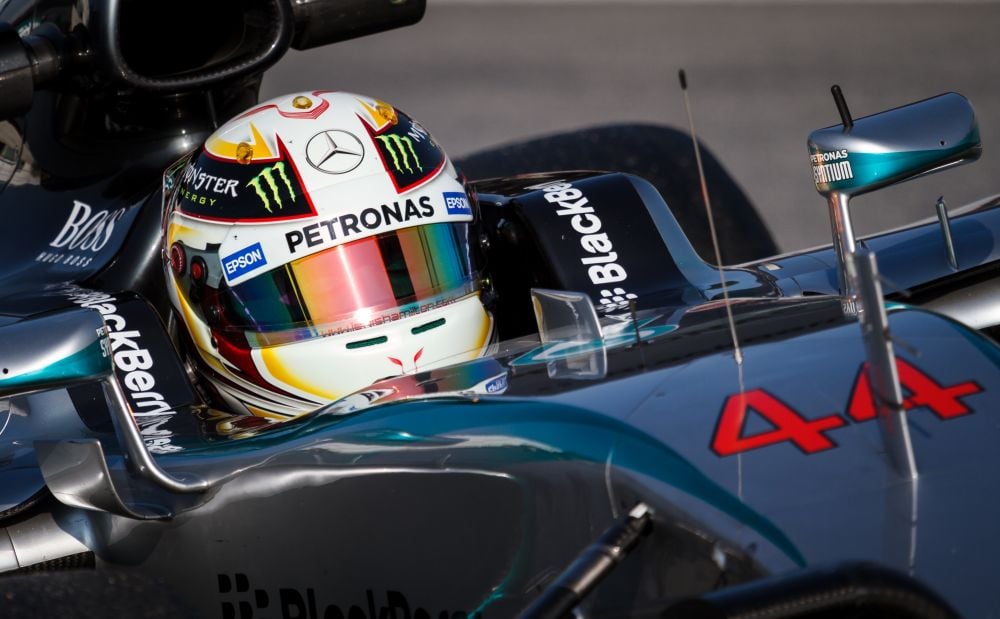 Mercedes- The Silver Arrows have sat on pole for the entirety of 2015 and have managed eight wins out of 10 so far (Hamilton has won five, Rosberg three). They have been so dominant this year that the two Grand Prix’s they have failed to win have come as a huge surprise and it is only Hungary where you would say they have truly underperformed. They lead the Constructor’s Championship by 147 points, which is the equivalent of nearly six race wins and WILL be champions again this year.

Sebastian Vettel– The four times World Champion has really shown his mettle this term, popping up to win twice against all the odds. He has a lot to thank his Ferrari team for, but you just have to compare his qualifying, race results and points haul’s with team-mate Kimi Raikkonen to see how well he’s performed. Those stats in case you’re interested? Vettel has out qualified and beaten Raikkonen on track eight times so far, plus outscored him 160-76 points so far. 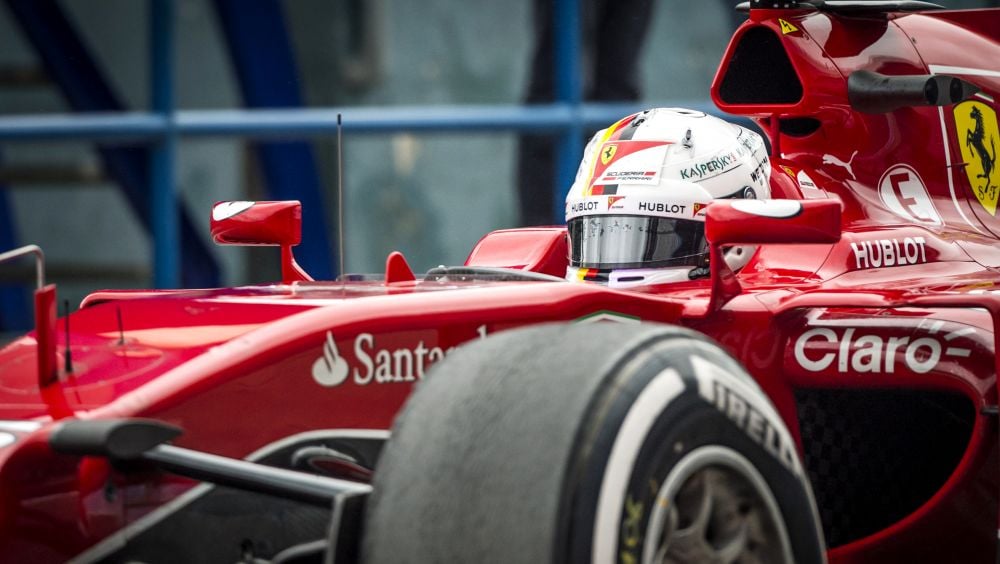 Toro Rosso- The Red Bull development team is supposed to be exactly that- second string to the powerhouse that is the main team. They have young drivers learning their trade and less advanced technical and aerodynamic support, so they’re not supposed to challenge and certainly not overtake their more prestigious lead team. However, their rookie driver line up of Max Verstappen and Carlos Sainz Jr has caught fire and the two of them have been hugely impressive in their opening races. The team sits 7th in the Constructors Championship, just four points behind Lotus and eight behind Force India who are both Mercedes powered.

Romain Grosjean- In a season where Lotus are sitting sixth in the championship and the Frenchman has suffered three retirements, with a best race finish of seventh, you might wonder how this could be considered a success? Well, when you consider he has secured five points finishes already this year, compared to his team-mates two and 23 points so far which is almost exactly double that of Pastor Maldonado. Put in perspective, he only managed two points’ finishes for the same team in the whole of 2014 and has already accrued more than twice the amount of points that the team managed last time out. All in all then, a pretty good start to the season for the promising young driver.

Nico Rosberg- Nico Rosberg would have been hurting a lot at the end of last season after being pipped to the World Championship by Lewis Hamilton. There was a lot of talk over the winter as to how he would respond, and although the German was saying all the right things, his performances on track have not suggested anything other than his team-mate is fundamentally faster than him. In the most competitive car he has ever driven, Rosberg has only managed to win three out of 10 races so far and one of them was handed to him (Monaco). He has, as ever, been a model of consistency, but even when provided the unlikely chance of snatching the championship lead in Hungary, he was unable to convert his opportunity. 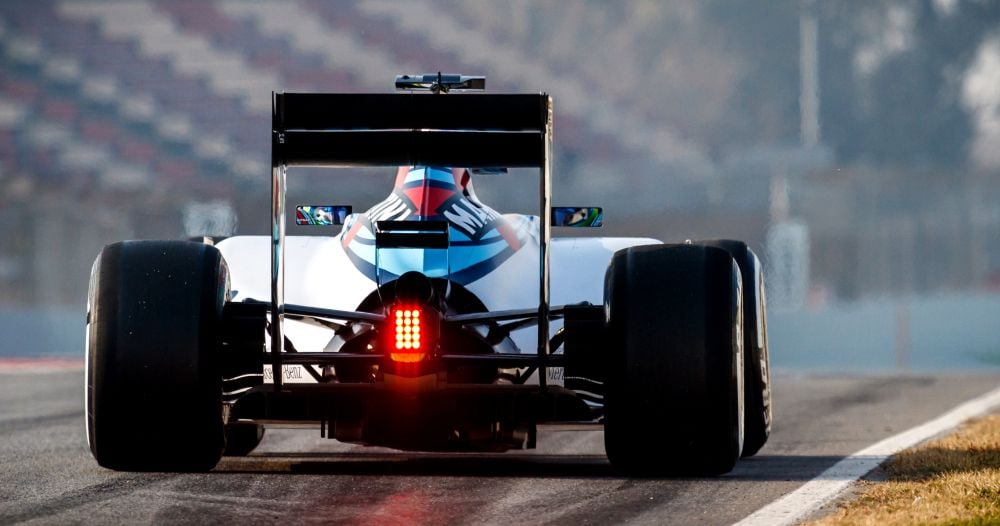 Williams- Williams had one of their worst results of the season in Hungary, right off the back of running first and second in Britain the week before. It is exactly that lack of threat that has plagued the constructor in a season where it looked like they might have been Mercedes’ closest competitor. They have only mustered two podiums so far in 2015 and are realistically only third in the championship because they have managed a point’s finish in 15 of the 20 attempts so far. That in itself is commendable, but they have not threatened the front at any point other than at the start of Silverstone. In that situation, they ran first and second on track until the first pit stops and yet ended up not even registering a podium- that would have been a bitter disappointment.

Red Bull- Daniel Ricciardo has said this week that he was mentally preparing himself for a title challenge at the start of the season, especially after winning three races in 2014. Having to wait till race 10 to get their first podium though really highlights just how poor Red Bull have been this time out. Don’t let the last race result fool you either- if Kimi Raikkonen hadn’t suffered reliability issues and the Mercedes boys hadn’t had such uncharacteristically sloppy drives, then the Red Bull pair would not have been tasting the champagne. Christian Horner has blasted Renault all season, saying it is their engine supplier that has let them down, but either way, they are nearly 300 points down on Mercedes this year which is a shocking return given their recent stature within the sport.

Kimi Raikkonen- Poor old Kimi Raikkonen. ‘The Ice Man’ is one of those drivers who seems to have every aspect needed to be a successful F1 driver, but often flatters to deceive. Whether it is his own attitude, the car he is driving, or often just plain old bad luck, Kimi has not had the kind of success in the sport that his talent deserved. 2015 has been a really poor season for him and could ultimately cost him his drive at Ferrari and possibly within F1 altogether. The 2007 World Champion has been beaten in eight of the ten races by his team-mate and featured on the podium only once, compared to Vettel’s six times (including two race victories). His three DNF’s have not helped him, and Hungary epitomised his season- running well in second place, just to suffer a hybrid system failure that forced him to retire. On such events, careers are defined and possibly ended.

Jenson Button- Jenson has been described as many things over the years, but loyal is the word that we would use. Like Kimi, he has bags of talent and one world championship to his name, but not much else at all. It was his loyalty to Honda through all those years of disappointment that eventually provided him with his title, when spectacularly Brawn GP rose from the ashes and he won the championship in 2009. Ever since then, JB has been at McLaren. His early days saw him teamed up in a dream British partnership with Lewis Hamilton, but since Lewis’s departure, look at the difference in what they have achieved. In possibly his final season in F1, he’s only managed to finish half of the races, amassing a meager six points in the process. Maybe McLaren will be a force to reckon with next season, but will the British driver be with them to potentially taste the glory?

Lewis Hamilton, Nico Rosberg and Sebastian Vettel have formed the podium together for 60% of the year so far, so it would be sensible to assume that these three drivers will kick on in the latter half of the year and consolidate their positions. What is less clear is how they will line up at the end of the season.

Ferrari are confident that Hungary was not just a flash in the pan and that they can actually now compete with Mercedes for race pace. Either way, Sebastian Vettel’s results this year have been so strong that he is easily within striking distance if the Mercedes pair become unstuck or Ferrari’s form improves even more. However, Vettel currently lies 42 points behind Hamilton, so something extremely dramatic would have to happen in the next nine races if Vettel was to win his fifth world championship.

A lot depends on Nico Rosberg for the second half of the season. He is within one win and a retirement of taking the championship lead off his team-mate, but conversely, he could drop down a place if the reverse was to happen to him with his compatriot now breathing down his neck. If Rosberg performs well and pushes Hamilton all the way, the top three could remain the same. If he performs poorly, he could find himself in third. Or if he has an impressive turn in form then it is certainly not beyond the realms of possibility that he could be crowned champion in Abu Dhabi.

However, with the impending changes to the start procedure set for Spa, where teams are restricted by how much information they can pass on to their drivers, the starts are going to be a lot more unpredictable. We have seen the Mercedes drivers struggle recently, so this could help them hammer home their advantage at the start of the next few races, or could cost them dearly. Only time will tell…

Call it patriotism, but we’re still plumping with Hamilton to take the title. 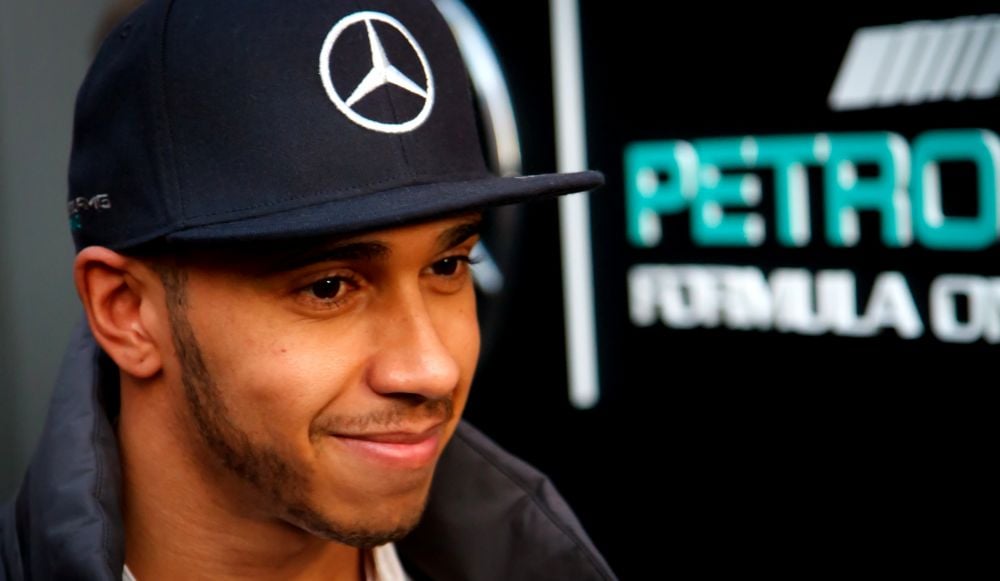 Of the big movers below Mercedes and Ferrari, expect to see McLaren featuring much more heavily with the proposed updates they have coming. It is possible that if they get everything right that they could be on the podium by the end of 2015, but this might be a bit of a stretch. Anyway, expect them to climb up the constructor’s leader board and we reckon they might propel themselves from their current position in ninth to as high as fifth.

If Toro Rosso can address their reliability issues then their two young drivers could cause some fireworks and Nico Hulkenberg and Romain Grosjean should be there and there abouts. The totally unpredictable Pastor Maldonado could easily join those two in the top 10 finishers, or could equally cause carnage in the pack.

Red Bull and Williams should be scrapping it out regularly for the positions of fourth-eighth, and may even manage the odd podium between them, whereas Sauber and Marussia will be following up the rear as usual.

Bring on the second half of the season!

Check out our Formula 1 season calendar for all the remaining race dates and more track information!