When the 812 N LARGO programme was announced by Novitec, we knew that the exhaust system, in particular, was going to be a huge success…but none of predicted quite HOW successful it would end up being.

With hindsight, though it’s not exactly a surprise that the kind of person who goes and buys an 800hp car wants it to sound like the earth’s mantle has cracked open – the cars sound VERY underwhelming with the standard exhaust system in place.

This is now a system that we’ve covered in some depth but I’ll run through the various options available below:

The back boxes are responsible for crafting the majority of the tonal quality of the exhaust, the packing and muffling elements are what really help shape the sound as it exits the car, so for those who wish for the car to remain understated but sound a bit more symphonic – this is the ideal solution. 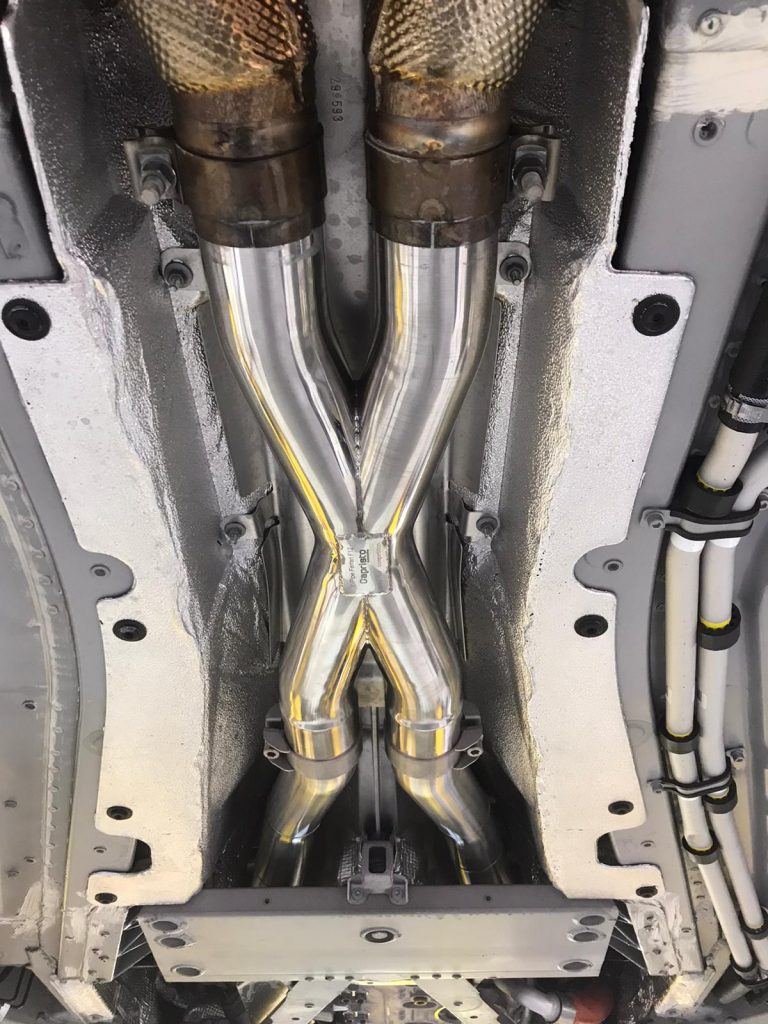 This setup takes out the middle muffler and replaces it with an X-pipe, as you can see from the picture this pipe allows both banks of exhaust gas to blend together – as the two sound waves collide they oscillate and produce a series of harmonics that RAISE the pitch of the exhaust. Couple this phenomenon with the fact that the muffler that was already there has been removed and you have all the benefits of the Stage 1 system, but slightly louder and angrier.

This is most commonly what we sell for the 812 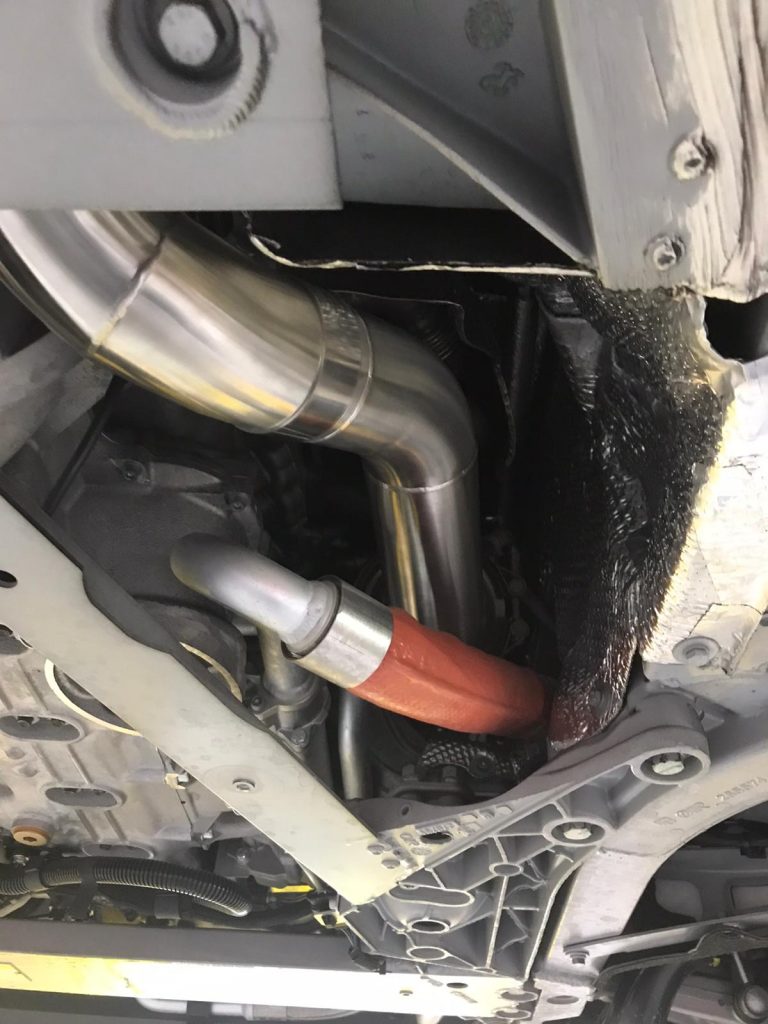 With this exhaust, we include everything from Stages 1 & 2, but remove the standard 800-cell catalytic converters and replace them with cat-replacement pipes.

As we all well know this will result in a CEL, thankfully Capristo have developed an awesome little plug-in unit for the OBD port that cancels out any cat-related warning lights and those lights alone 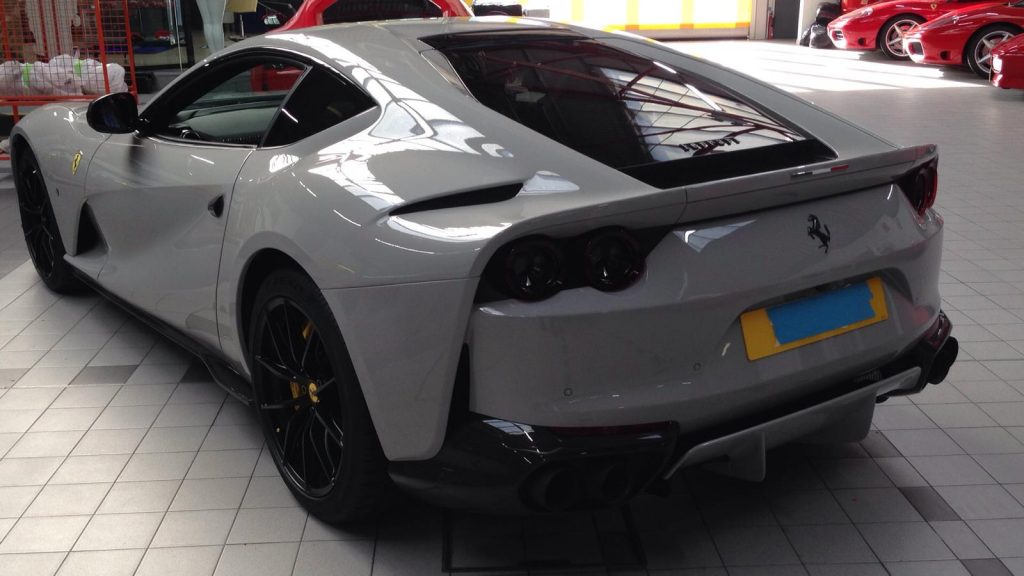 If you own an 812 you own the single most powerful naturally aspirated engine that has EVER been fitted to a production car – if you allow it to trundle around with the flimsy standard exhaust note you are, quite frankly, doing it a total disservice.

This is the exhaust setup you want – it sounds like a Formula 1 car, no ifs, buts or maybes – we have heard a lot of cars in our time and the only things that would give this a run for its money are a Carrera GT with a Kriessieg exhaust or an F50 with a full Tubi system.

For those to be the sonic contemporaries of this exhaust setup should tell you how absolutely mind-blowingly incredible the end result is.