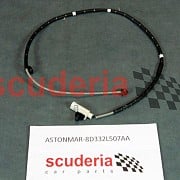 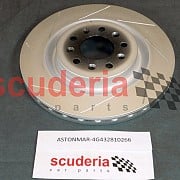 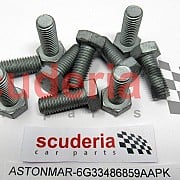 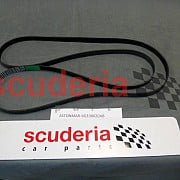 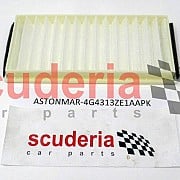 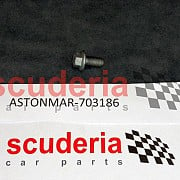 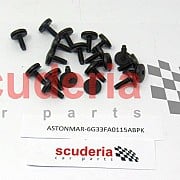 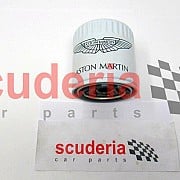 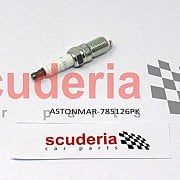 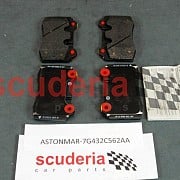 Becoming famed for a range of high-end grand tourers in the 1950s and 60s, Aston Martin had started out building cars mostly for hill climbing and circuit racing, and bringing the hard-wearing qualities and high power output needed in these types of racing to the development of a series of roadgoing models. The company had regular financial struggles in its early days, but a quarter of a century under the control of Yorkshire machine tools and tractor manufacturer David Brown Group saw it establish a factory in Newport Pagnell, near the Silverstone F1 circuit. It was here that the company began to develop its 'DB' series of models, mostly for touring car racing - which of course, also necessitated a reliable supply of Aston Martin parts.

A string of these cars started to enjoy racing success and competing in high-profile events such as Le Mans. But it was when James Bond drove a DB5 in Goldfinger in 1964 that Aston Martin began its journey to iconic status. The firm forged another link with James Bond with the use of a Vantage model in the film The Living Daylights in 1986. But this wasn't enough to stave off continuing financial difficulties, so the following year Aston Martin sold a 75% stake to Ford, and within a year had agreed a complete buy-out. The need for large sums of money to complete development and start production of the new Aston Martin DB7 saw former Ford vice-president Walter Hayes take over as chairman. First, he oversaw the launch of the Vantage, then announced that the DB7 would be produced at a new factory just outside Banbury, Oxfordshire.

By 2002, Aston Martin had produced 6,000 DB7s, making it the most successful of all DB models. Then, in 2005 the company announced that a new V8 model, the Vantage, would give Aston Martin a competitor in the market for slightly smaller models than grand tourers. This would be built at a new, purpose-built factory on a former RAF air base site in Gaydon, Warwickshire, alongside the DB9, a direct replacement for the DB7. Taking over part of the Ford engine factory in Niehl near Cologne allowed the company to establish a new, dedicated engine-building plant, where it could produce smaller numbers of various high-performance engines, and establish and maintain a good flow of Aston Martin parts.

While this gave the company a degree of stability, it was then announced in 2006 that an internal audit had recommended that Ford sell off sections of its operations specialising in higher-end vehicles, including Aston Martin. The auction for the company was won by a group of buyers led by David Richards' motorsport and high-end engineering firm Prodrive, although Ford still retained a minority stake. Aston Martin continued to promote its cars in new markets, and was particularly successful in the Far East. This prompted it to enter an agreement with Canadian-Austrian firm Magna Steyr to build 2,000 cars a year at its factory in Graz. Alongside this, it has also further invested in updating Gaydon's manufacturing capacity, while developing another former RAF site, in St Athan, south Wales, where work started on building the company's first SUV, the DBX, in summer 2020.

But it is those timelessly elegant grand tourers for which Aston Martin will forever be renowned, and which live on in the hands of many highly dedicated lovers of classic car design. And if you have invested in one of these pieces of British automotive history, we at Scuderia Car Parts have you covered. We offer you a reliable way of getting genuine, high-quality Aston Martin parts, so that you, and the people you trust to look after your car, can easily find the parts you need.

Whether you enjoy the full grand tourer experience of a classic DB7, DB9 or DB11, or have fallen for the more sportily-focused attributes of the Vantage, DBS or Zagato, we offer you a one-stop-shop for quality Aston Martin parts. Choose your model from our menu on this page and order directly to your doorstep any Aston Martin parts that you are interested in. Or contact our knowledgeable, friendly team if you need any guidance to get the right parts you need.