Capristo Sports Exhaust for the Porsche 991 (Mk I) Turbo 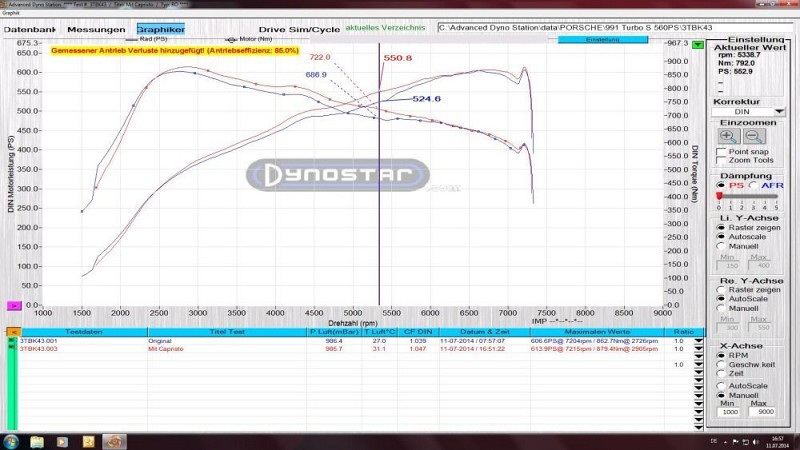 The Capristo Sports Exhaust System for the Porsche 911 (991) Turbo and Turbo S comprises of 2 valves, 2 sports cats with 200 cpi each and is made from heat resisting 1.4828 (T309) stainless steel in a shiny finish, incl. It also includes a programmable valve controller CES-3 unit, two FM remote controls, cables and hoses.

The Capriasto exhaust has a huge advantage in both sound and performance over the stock exhaust because when the valves are open, the exhaust gases flow much more efficiently and exit directly from the cats. The estimated power gain is approximately 8 HP.

With use of the control unit, the system is freely adjustable and pressure-controlled. The control unit gives you the ability to adjust the pressure you want to drive, giving you the maximum available power. Pressure behavior which costs power will be regulated out.

Most valve controlled exhaust-systems open the valves depending on the driving speed or engine revolutions, but here, the engine is neither influenced by speed nor by revolutions, but by pressure, which increases according to the revolutions.

The control unit has control-LEDs and a RDS transmitter, which sends the values and functions to the car radio display. It can be adjusted by the remote controller (key fob). You get also the software "Capristo-Control-Center", by which all values can be shown and all adjustments can be done. The system works in three languages: German, Italian and English.

By using the Cruise-Mode or Sport-Mode you can control the threshold for opening the valves and adjust and personalise your start-up settings.

A big advantage of this control unit is the ability to recognise the driving style. In case the driver hits the pedal agressively, the Capristo unit will recognise the pressure that builds up and opens the valves immediately. Under moderate conditions the valves will open later.

Enquire about this product