Novitec Power Optimised Exhaust with Valves for the Ferrari GTC4Lusso 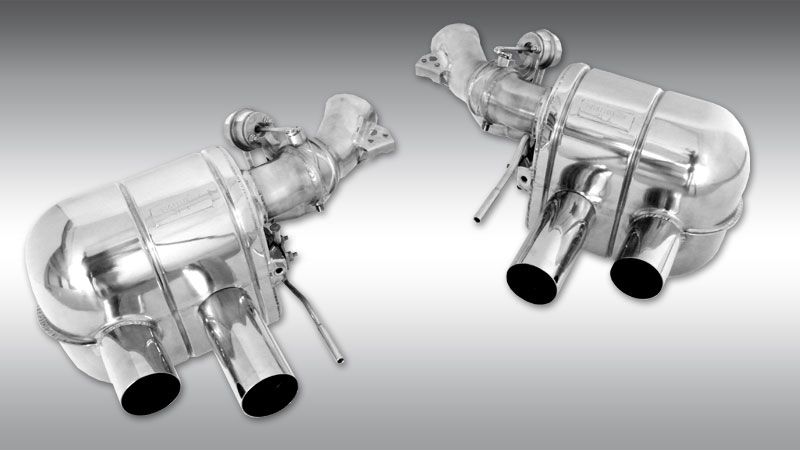 We know well that the Lusso is pretty quiet as standard, being designed to be as a GT car. However even compared with other GT cars like the Vanquish, the Maserati GranTurismo, and previous GTs that Ferrari have made like the 599, it is perhaps overly more muted. You have to drive it aggressively to get any enjoyable exhaust note experience at all. When the valves in the original exhaust DO finally open, you get a nice but fairly muted, muffled sound - it's not bad but it could be fantastic. Another problem is the way the sound jumps from closed to open, which can give the impression to passers-by that you're driving obnoxiously... all in all it is a great shame because as we've heard from other owners and as you may agree, it's the ONLY thing the car is missing.

This is utterly changed by the by fitting the Novitec exhaust. The first thing you notice is straight away from start-up the car is MUCH louder (this assumes owner has used the remote control to activate the "on" position).. The car finally sounds like a Ferrari with a lovely deep and full rumble on tickover. What really sets this exhaust apart is what happens when the revs rise though - after 3000rpm this rumble quickly gives way to a much higher pitched exhaust note which gets louder LINEARLY (according to your throttle input). This point is quite important because the way stock exhaust works means that the valves open all of a sudden - the car jumps from silent to louder in a just a moment. This doesn't happen with the Novitec - the exhaust note now builds in intensity, gradually and cleanly. All the while as the revs rise, the exhaust tone is changing so that when the owner reaches 5000rpm onwards the car is making a really amazing high-pitched screaming 90's-F1-car sound, instead of the stock system's strangled sound.

Even better, when you come off the throttle, the valves do NOT close (unlike the stock system) which means you get a linear winding-down of volume and sound and fantastic pops and crackles on the over-run - it almost sounds better off the throttle than on!

All in all the transformation over stock is huge.

The sound you hear above is when the exhaust is in the "on" setting. Remember that exhaust is controlled by a remote control that is included as part of the kit, which allows you to open the valves or to silence the car at any time.

In quiet setting, the volume is the same as stock, with no more intrusion in the cabin. The only difference is perhaps a slightly fuller exhaust note.