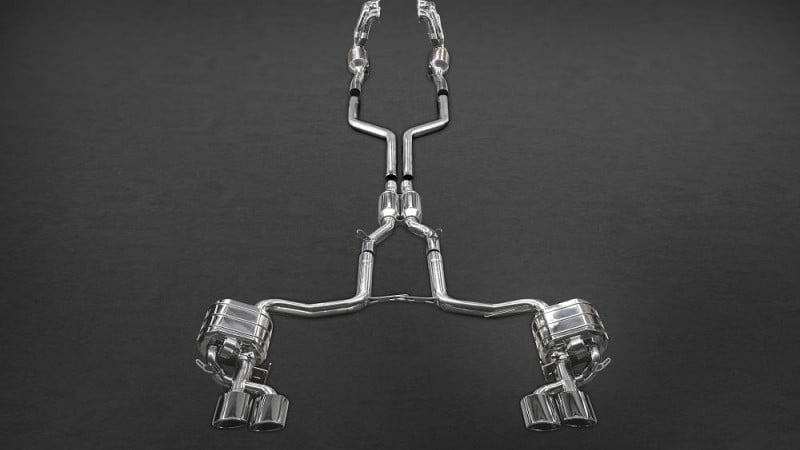 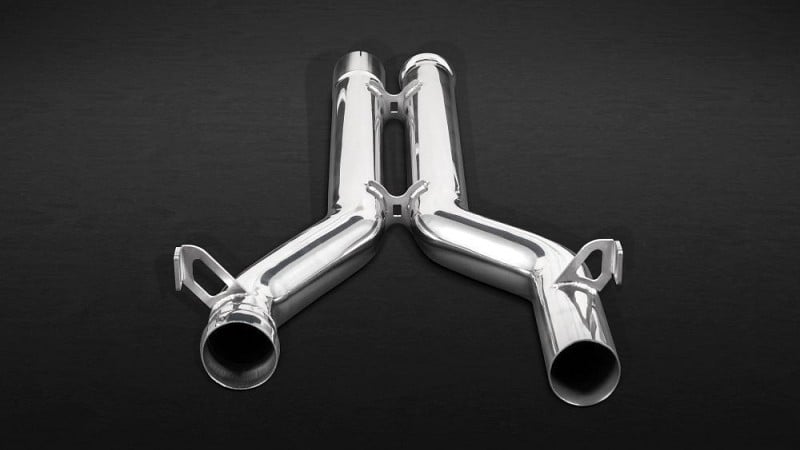 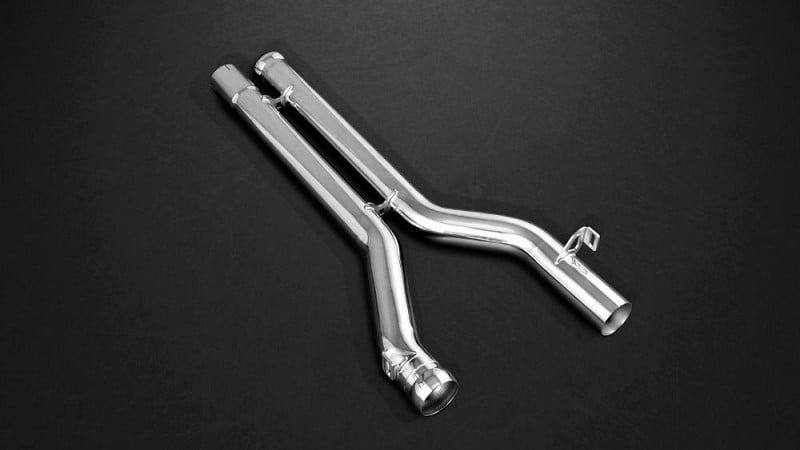 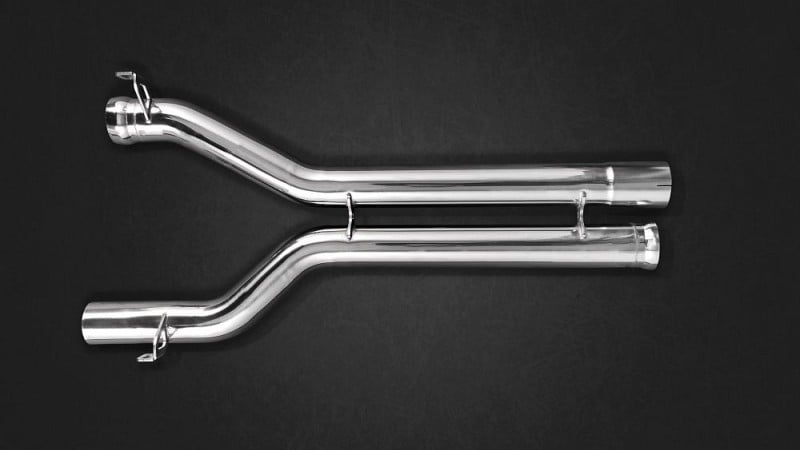 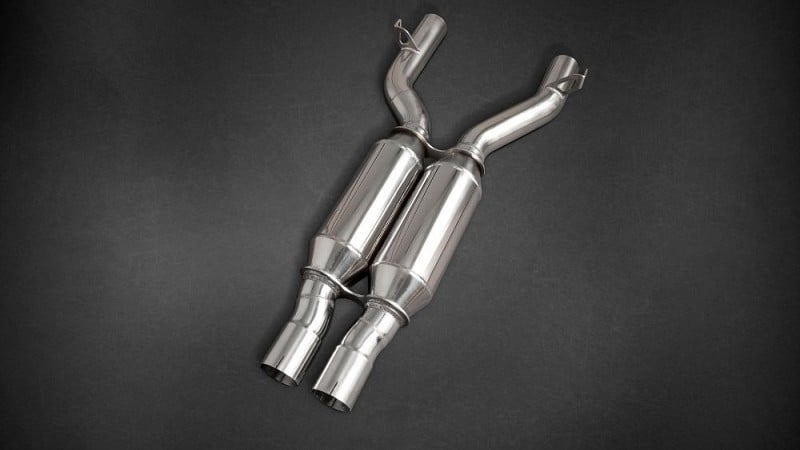 The Capristo sports exhaust for the Mercedes-Benz C63 AMG W204 (Since 2007) is a backpressure-controlled, individually programmable system that is built in high-grade T309 stainless steel. It also features a state-of-the-art control unit which allows the driver to select the backpressure and valve-response settings in order to achieve optimal performance and a truly bespoke response from the system.

There are two options available for C63 owners: The FULL system and the Cat-back system.

The Capristo system has been expertly designed and resonated to produce a crisp, clean sound - free from any boom and resonance associated with lesser quality systems, whilst giving you a deep, throaty note from start-up that develops into a genuine racing-style scream with harder driving.

The control unit features control-LEDs and an RDS transmitter which sends the values and functions to the car’s radio display, and can be adjusted via the remote control key fob.  Also featured is the ‘Capristo Control Centre’ software, by which all values can be shown and adjustments made. System display works in either English, German or Italian.

By using the Cruise-Mode or Sport-Mode the driver can control the threshold for opening the valves, and can also set a ‘favourite’ mode in which the car starts.

A major advantage of the control unit is its ability to recognise and respond to the driving style. If the driver hits the pedal aggressively, the control unit will recognise the pressure that builds up and open the valves immediately. Under moderate conditions the valves will open later.